Greg Norman shoots down possibility of ‘truce’ with PGA Tour Greg Norman and LIV Golf are making waves in the news again. This time around, Greg Norman is squashing any theories that he wants to join forces with the PGA Tour.

“We have no interest in sitting down with them, to be honest with you, because our product is working,” Norman said in an interview with The Australian.

LIV Golf’s next event starts tomorrow, a tournament played in Chicago at the Rich Harvest Farms golf course. Former number one golfer in the world Dustin Johnson comes in as the defending champion after his win in Boston in early September.

LIV Golf and the PGA Tour have been butting heads since the inception of the new golf league, and LIV continues to add top caliber golfers to its roster of stars, including the recent additions of Cameron Smith, Joaquin Niemann, Bubba Watson, Marc Leishman, and Harold Varner III.

Norman takes the defensive approach in the media, although it seems that he is the one trying to destroy the PGA Tour with the Saudi-funded money at his disposal.

LIV Golf’s product may be working, as Norman says, but there is still no TV deal in place for the emerging tour, which is key in the ascension of the league. Norman will have to close a TV deal in the near future, which he says he is doing, in order to really make the two tours competitive. But fans won’t be seeing any agreement between the PGA Tour and LIV Golf anytime soon. The saga continues. 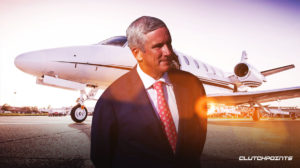