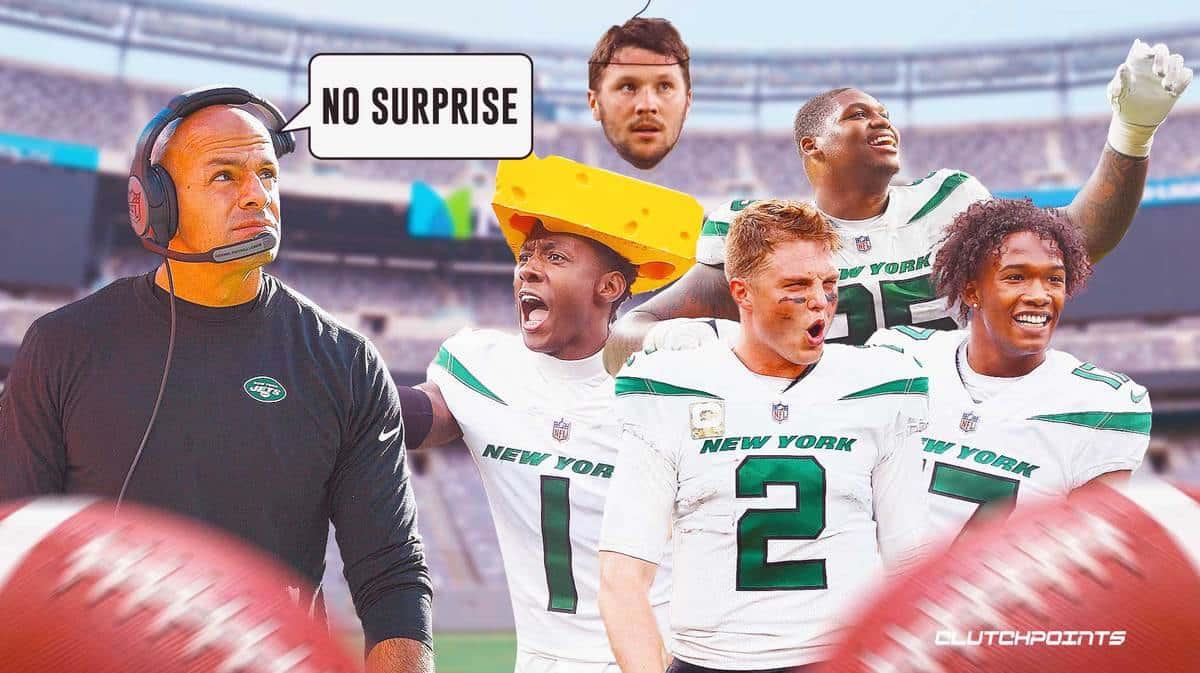 The New York Jets pulled off one of the biggest upsets in the 2022 NFL season Sunday. But coach Robert Saleh said his team is not the least bit stunned by its 20-17 win against the Buffalo Bills in Week 9.

“I know a lot of people are going to be surprised, right?” Saleh stated after the big win. “I don’t think there’s one person surprised in the locker room.”

"I know a lot of people are gonna be surprised. I don't think there's a person surprised in the locker room."

The Jets are 6-3 heading into their bye week. They are one-half game behind the Bills (6-2) for first place in the AFC East. This after winning a total of six games the past two seasons combined (6-27).

When asked whether the the gap has closed between the Jets and top teams in the NFL, Saleh was quick to respond.

“What do you think?” he shot back.

“Yeah, I think we’re a lot better. But like I said, it doesn’t mean anything. We’ve got eight games left and hopefully these eight games make for an exciting second half.”

Nobody in this locker room is shocked. pic.twitter.com/iCYafsgCeF

The Jets have not made the playoffs since the 2010 season. They’ve had one winning season in the past 11. Yet here they are, second in their division, winners of five of their past six games. Not to mention that they just defeated a team with “championship aspirations” as Robert Saleh said.

“There was no doubt in our minds we’d hang with those guys (the Bills),” rookie corner Sauce Gardner said of the win.

New York was coming off a painful 22-17 loss last week at home to the New England Patriots. But in a raucous playoff-like atmosphere at MetLife Sunday, they rebounded in a way not many– outside of their locker room–expected.

“We’re too young to flinch,” Saleh of his youthful squad.

Now, it’s a week to rest, recover and reflect before getting back at it against the Patriots in Week 11. They’ve officially served notice to the NFL that the Jets are back and for real.