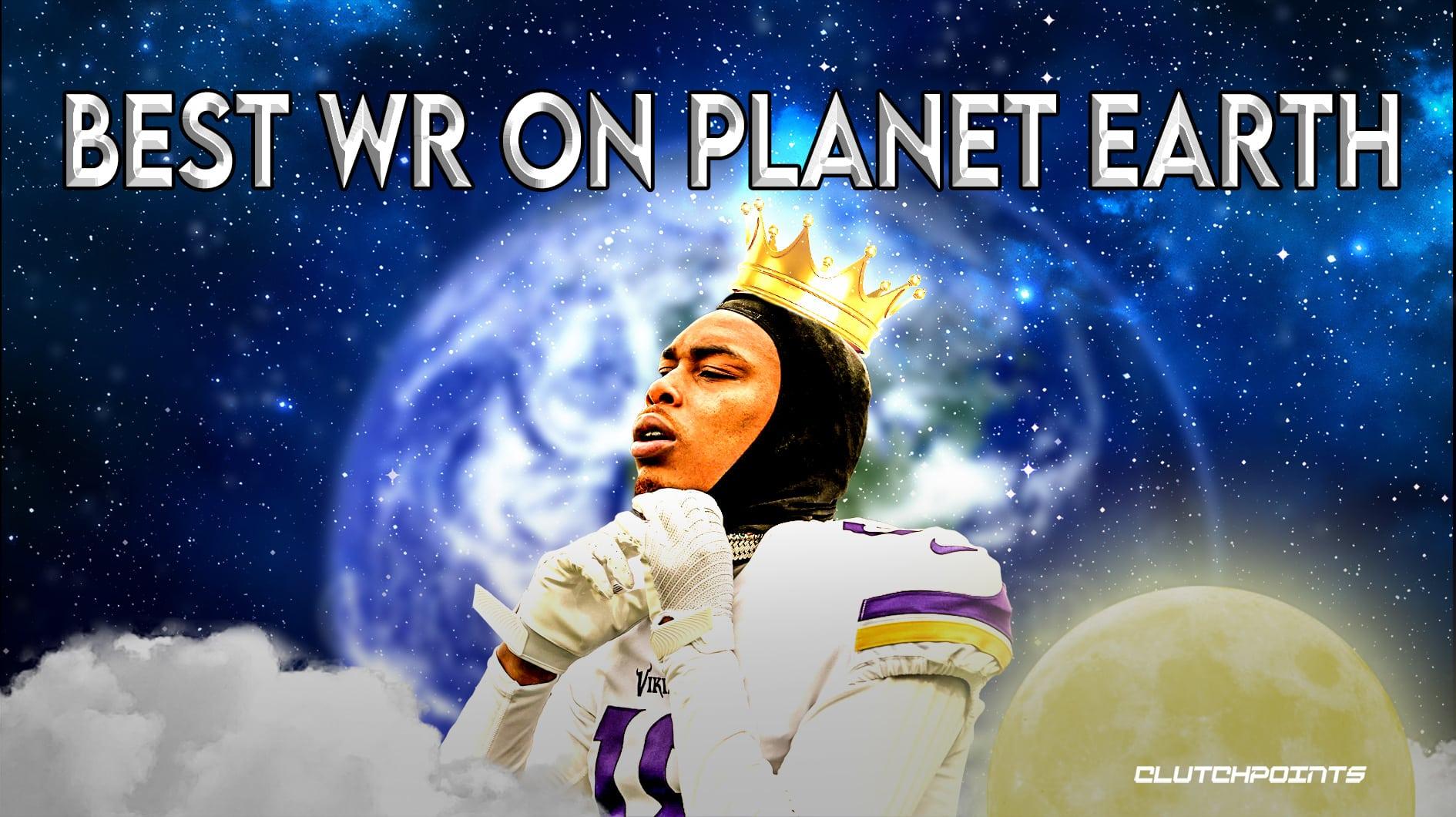 Keep in mind that Jefferson went out on a limb in July of this year when he declared himself the NFL’s top wide receiver. He was elite, sure, but best league-wide? Some people weren’t convinced. Some people felt maybe Stefon Diggs or Cooper Kupp had something to say about that.

Well, following a terrific performance in Buffalo on Sunday, the Vikings wideout bankrolled his bold offseason assertion. He put up nearly 200 yards, had possibly the catch of the season, and broke a record. Not surprisingly, Jefferson broke out a big smile after their huge win and when asked whether he believed he was, indeed, the NFL’s best.

“Of course, of course,” Jefferson told FOX Sports’ Pam Oliver after their win. “I feel like I stated that today.”

We are inclined to agree. Let us look at the four reasons Minnesota Vikings star Justin Jefferson is NFL’s best wide receiver.

Justin Jefferson is a big play receiver, but more than that, he is also a very reliable, consistent, and efficient game-by-game performer.

We are talking about a guy who is not just the stuff of social media content creators. Take note that Jefferson currently has the second most total receiving yards this season (1,060) despite playing one game less than most other WRs. He also leads the entire league in receiving yards per game (117.8) and has the second-most big receptions, which is defined as 20+ yard catches, with 18. In addition, Jefferson is fourth overall in total catches and has ZERO fumbles. Again, he is very efficient.

In terms of special Vikings, Justin Jefferson set a career-high with 193 receiving yards in Week 10. More than a career-high, however, that total is also currently the highest by any player in a single game this season.

On the other end of the field, Buffalo’s own star wideout (and former Viking), Stefon Diggs had gained 128 yards in the game. That’s significant because both receivers received so much attention entering Week 10. Remember that the Vikings traded Diggs to the Bills in 2020 for, among other things, the pick that eventually turned out to be Jefferson.

Both are elite at their positions, but in this first meeting between the teams since that trade, Jefferson was the clear winner.

2. Catch of the season, decade, century, and… maybe even all time?

Justin Jefferson racked up the numbers and made all the big plays in this game, including what might go down as the catch of his career:

what in the world. @JJettas2pic.twitter.com/zgpehGwQ8T

It was a truly incredible one-handed catch not only because of its timing and importance to the game’s outcome. More than those, it was because of how Jefferson executed it.

Jefferson hauled in the 50-50 pass with Bills cornerback Cam Lewis draped all over him on fourth-and-18 with two minutes to go. How’s that for pressure, eh? Lewis was in an ideal position and even had two hands on the ball already. Meanwhile, Jefferson had the one. All Lewis had to do was get the ball to the ground. Jefferson, meanwhile, had to keep it off the ground and pry it away from Lewis’ grasp. There was a point when Jefferson’s hand was twisted backward, palming the ball to keep it off the ground. He held on, won possession, and gained control.

After the game, Vikings head coach Kevin O’Connell said that Jefferson’s catch was a play that only a few people can make in such high-pressure situations. It was a perfect catch and perhaps the most important catch for the Vikings so far in 2022.

“One of the more remarkable catches I’ve ever seen,” O’Connell remarked. “He’s such a special, special player. I’m really proud of the way Justin has battled all season long against a lot of different looks and a lot of different coverages. To show up time and time again when needed him today, we’re really really lucky to have Justin and the plays he made for us today.” 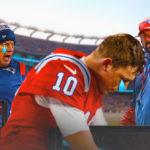 Boy did the Vikings strike gold when they drafted Justin Jefferson in 2020. In just three seasons, he has already established himself as the finest receiver in the NFL. This game underscored that, and he even set a new record.

Jefferson’s 193-yard total meant that he surpassed 100 yards for the 20th time in his career. It was also his sixth with at least 150 yards. As such, he broke an NFL record shared by Randy Moss and Odell Beckham Jr. He is now the player with the most 100+ yard receiving games for a player’s first three seasons.

Jefferson also joined Moss and OBJ as the only players in NFL history to have at least 4,000 receiving yards in their first three seasons. JJ, however, will likely pass both guys soon. He just needs 47 receiving yards to pass Beckham for the most all-time and 88 to pass Moss.

And this is from a guy who has not even turned 24 years old yet. Remember also that the Bills still have eight games left in the regular season. At the rate he’s going, Jefferson has a legitimate shot to hit 2,000 receiving yards by the end of the season. Holy smokes.