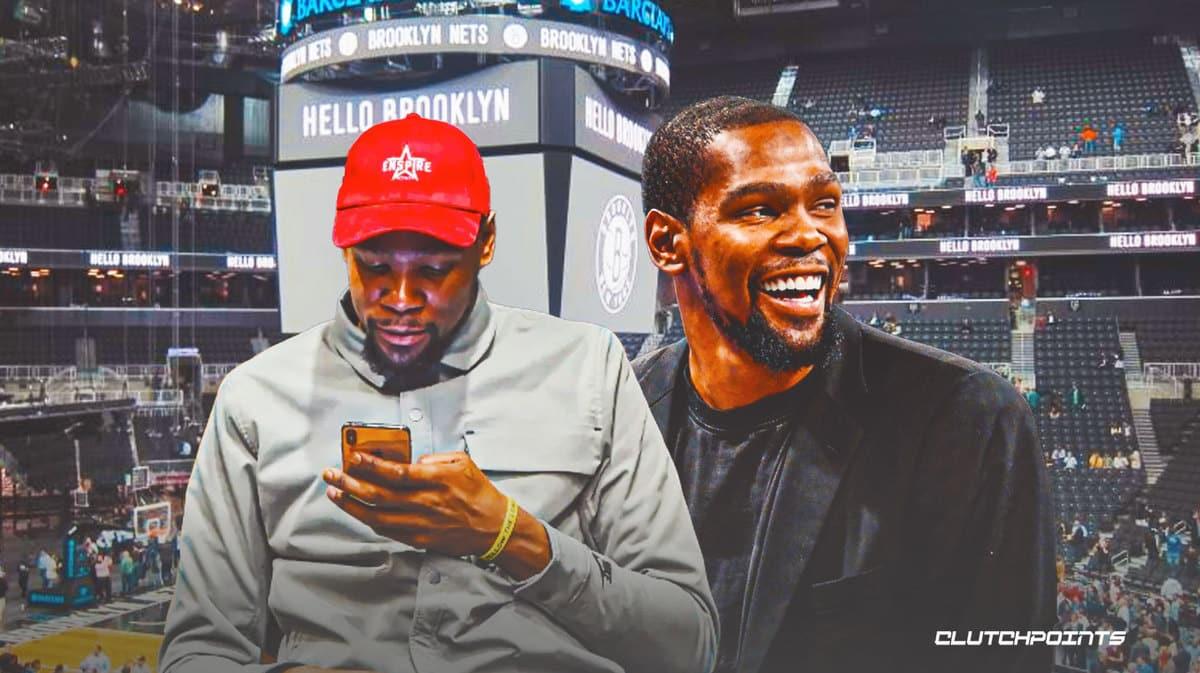 Kevin Durant’s turn into villainy began when he spurned the Oklahoma City Thunder, the team that drafted him and teamed him up with dynamite point guard Russell Westbrook, for the Golden State Warriors in 2016, reinforcing a 73-win Warriors team that fell victim to a 3-1 comeback. Durant may have won big with the Warriors, taking home two championships and two finals MVPs home with him but NBA fans quickly turned on him.

An unintended consequence of social media is that anyone can hurl expletives and hurtful words to each other, and Durant, now of the Brooklyn Nets, is no exception. To witness someone of Durant’s caliber and pedigree bicker with mere mortals on social media, however, is such an entertaining sight to see, and he was at it again just last week.

Time and time again, Durant has lashed out at his critics, defended himself through questionable means, and clapped back at his peers who relentlessly cast doubt on his legacy. But no one can doubt that Kevin Durant’s Twitter is one of the most entertaining follows for any sports fan.

This one definitely goes on the nastier side of things for Durant, as he got entangled with actor and occasional sports critic Michael Rapaport in an expletive-laden exchange of words. Rapaport tweeted out his observation regarding an interview Durant had with the NBA on TNT crew, which includes two staunch Durant critics in Charles Barkley and Shaquille O’Neal, and Durant was none too pleased, calling Rapaport a “p***y*” and a “*b***h*” many times while goading him to a fistfight.

This all happened on Instagram DMs, so you may think that this doesn’t count in this list, but Durant started the incendiary exchange by browsing Twitter and stumbling upon Rapaport’s tweet, so by extension this meltdown started on Twitter. Nothing about what Durant said to Rapaport is funny, as everything he said looks like it was written by an angry 13-year old emo kid. The angst behind those messages was so palpable.

Nevertheless, it makes the list because this meltdown cost Durant real-life money – $50,000 in particular – which is a bit chuckle-inducing, as only Durant would be engaged in as heated an exchange as this that it would cost him an amount of money some people can only dream about. Durant later on apologized for the incident, but the damage was done.

4. Durant tries to get in critic’s head through unorthodox means

Now on the lighter side of things, Kevin Durant snapped at a Soundcloud rapper named Zee the Creator, who, I should say, needlessly slandered Durant’s name in his track. KD’s response is funny, as he scoured through his online assailant’s profile and proceeded to follow and like the pictures of the rapper’s girlfriend.

my bad, I accidently pressed follow and liked all her pics, my phone trippin

Long story short, Durant clowned McCollum for the Portland Trail Blazers’ embarrassing playoff sweep against the New Orleans Pelicans after KD went on the Blazers guard’s podcast back in 2018. He then told the guard not to “worry about what goes on at the top of things”, implying that McCollum’s Blazers were not legitimate contenders. That was true.

McCollum later on retorted on Twitter, comparing Durant’s move to Golden State to “getting jumped with ur brothers by a gang you should’ve beat then joining the gang that jumped u and ur brothers 2 months later & forgetting about your bros”. McCollum used some playful imagery, but he was right too. Of course Durant didn’t take kindly to that comparison, just stopping short of calling McCollum a traitor straight up.

So,I would get into a gang fight, lose, plot on my brother for 2 months in our home and then go get the gang we lost to and beat him up? U think that low of me CJ? I just did your fuckin podcast. Snakes in the grass boy I tell ya 🤣

It was fun to witness the two exchange barbs, and it’s even better to know that the exchange was mostly playful, even though both men must have been in pain from the insults that had roots in the truth.

2. Durant fires back at Hall of Famer Scottie Pippen

It’s one thing for Durant to snap at random haters online, and it’s another for him to go at a someone whom he actually can see eye-to-eye with. Seeing KD dis six-time NBA champion Scottie Pippen with some fiery comments about his career was surreal, and, of course, entertaining as heck.

Pippen compared Durant to LeBron James, painting the former’s capabilities in the clutch in an inferior light, and Durant didn’t take too kindly to his criticisms. KD then pulled up the receipts of the black eyes in Pippen’s career, when he refused to enter the game after coach Phil Jackson decided to draw up the game-winning shot for Toni Kukoc instead.

Didn’t the great Scottie pippen refuse to go in the game for the last second shot because he was in his feelings his coach drew up the play for a better shooter??

This is an instance where Durant uses facts to retaliate at a critic. Hopefully he uses the facts-based approach a lot more often so he won’t end up just blabbering emotional nonsense like he did with Rapaport.

1. KD can’t win with those cats

No one will ever forget the time when Kevin Durant admitted to using a burner just so he can defend his move away from the Thunder on social media. It will forever remain Durant’s most iconic Twitter blunder – forgetting to switch accounts. He then proceeded to trash the Thunder front office, ex-Thunder coach Billy Donovan, and the Thunder roster (except Westbrook) on his main account, telling the entire world what he thought of his situation back in 2016: “KD can’t win a championship with those cats”.