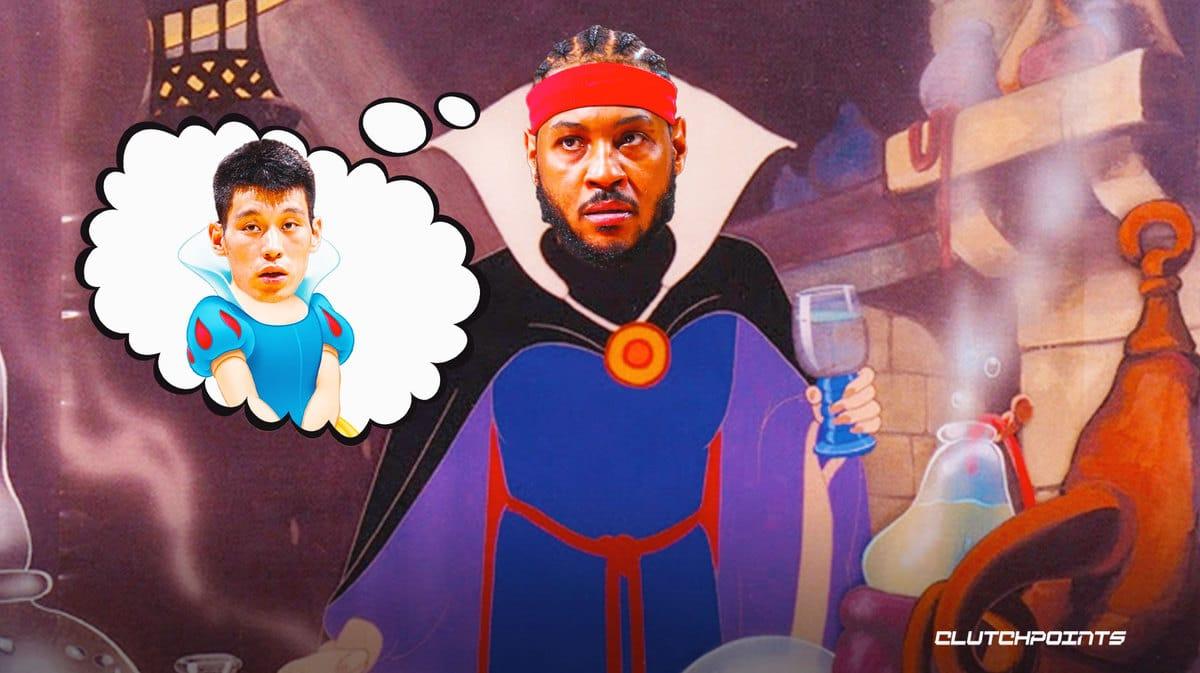 It might be an unfathomable notion to behold, but it has already been more than 10 years since Linsanity, when Jeremy Lin burst onto the scene with the New York Knicks. Out of nowhere, Lin showed what he was capable of, leading Knicks fans to the kind of euphoria that hasn’t been seen in New York since their title-contending days. However, despite Lin’s All-Star caliber performances in the Big Apple, the Knicks let him walk to the Houston Rockets during the 2012 free agency.

The common theory behind Jeremy Lin’s departure from New York is that then-franchise player Carmelo Anthony had grown to resent the fame Lin was attracting and pushed the Knicks brass not to resign him. However, Lin acknowledged in a recent interview that it’s difficult to pin the blame solely on Anthony’s shoulders.

“That’s the theory, and that’s what everyone says, but I can’t feed the speculation train because I don’t actually know. I know, and I’m saying this truthfully, that there were multiple points of opposition completely outside of Melo within what was going on, and once D’Antoni resigned, there was already opposition within the organization—whether it was the coaching staff that took over or certain members of the front office,” Lin told Marlow Stern of the Daily Beast.

” I don’t know who to attribute it to [specifically], but I know there were multiple points of opposition.”

A decade has gone by and Jeremy Lin is still regretful of the fact that the Knicks didn’t make much of an effort to resign him. With Mike D’Antoni at the helm as one of the best point guard whisperers of all time, it’s not difficult to envision that Lin would have climbed another level had he been given the keys in New York instead of teaming up with the ball-dominant James Harden.

While the Knicks’ season following Lin’s departure went well after they finished second in the Eastern Conference with a 54-28 record, they eventually lost to old rivals Indiana Pacers in the second round of the playoffs. Carmelo Anthony would not sniff the postseason with the Knicks again before his eventual trade to the Oklahoma City Thunder that precipitated the downturn of his career.

It’s a bit pointless to think about what-ifs, but still, Knicks fans are right to wonder whether things would have been better had they kept Jeremy Lin.