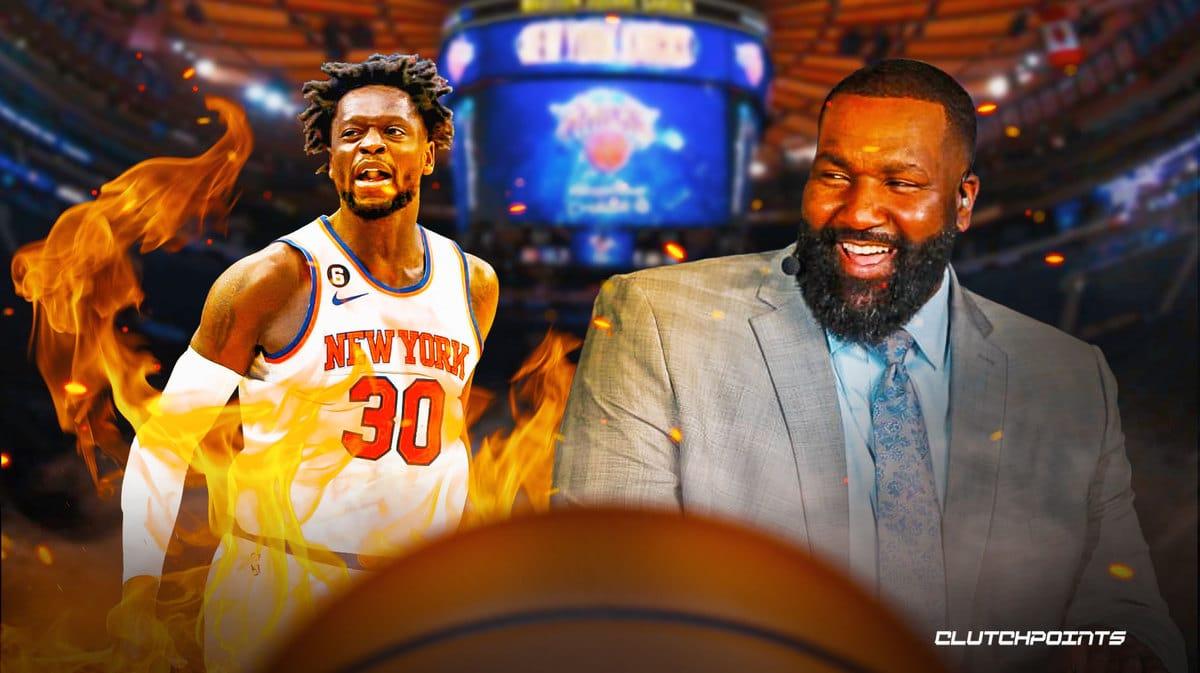 Julius Randle put the New York Knicks on his back Tuesday night and carried them to a 105-103 win over the Cleveland Cavaliers at Madison Square Garden. Randle’s incredible showing against the Cavs left a former Cleveland player, Kendrick Perkins, expressing bafflement over the perceived status of the Knicks forward as an underrated star in the league.

“Randle is really under appreciated!!! These Monster performances are starting to become the norm for him. He gave the Cavs that work tonight with a casual 36 and 13 with the W. Carry the hell on,” Perkins tweeted after witnessing Julius Randle put up a mesmerizing performance against Cleveland.

With Jalen Brunson and RJ Barrett struggling with their shot– combining for just 32 points on 10-for-25 shooting — Julius Randle made sure to have the Knicks’ back, as he towered everyone in the game.

Julius Randle skewered the Cavs for a double-double of 36 points and 13 rebounds. He shot 11-for-21 from the field, including a Curry-esque 8-for-12 line from behind the arc. He also dished out four assists in 38 minutes of nothing but pure dominance of the Cavs. Cleveland isn’t a pushover team, especially defensively, as it entered the game ranked first in the NBA this season in scoring defense, but Julius Randle was not in the mood to bow down to Cleveland.

That performance by Julius Randle is the 30th double-double of the season for the Knicks star this season, thus far — the most by any player from the Eastern Conference.

The Knicks will hit the road next to see the Boston Celtics on Thursday.