After what feels like forever, the NBA is back in a form that generates a lot of hype and excitement among the NBA cards community. With the playoffs in full swing and fans being allowed back in arenas, the hobby is experiencing an upward surge in popularity as well.

That’s why collectors have been glued to the various playoff matches in both conferences this past week. While some stars saw their value go down due to a disappointing performance in the regular season, there are those that went up in the card market. Shown below are some of the hottest gainers who left a good impression on the card enthusiasts during the first week of NBA playoffs.

On paper, the Dallas Mavericks aren’t supposed to put up a fight against the Los Angeles Clippers. The latter has more talent in their lineup, headed by the All-Star pairing of Kawhi Leonard and Paul George. The Mavs, on the other hand, only have Luka Doncic to rely on consistently.

After two games in the series, Dallas is in the driver seat, thanks to the herculean effort of their franchise player. He is currently averaging 35 points, 8.5 rebounds, nine assists, 1.5 blocks, and a steal in 39.5 minutes per contest. He’s also hitting 50% from the field and 40% from deep during their two-game winning streak against the Clippers. 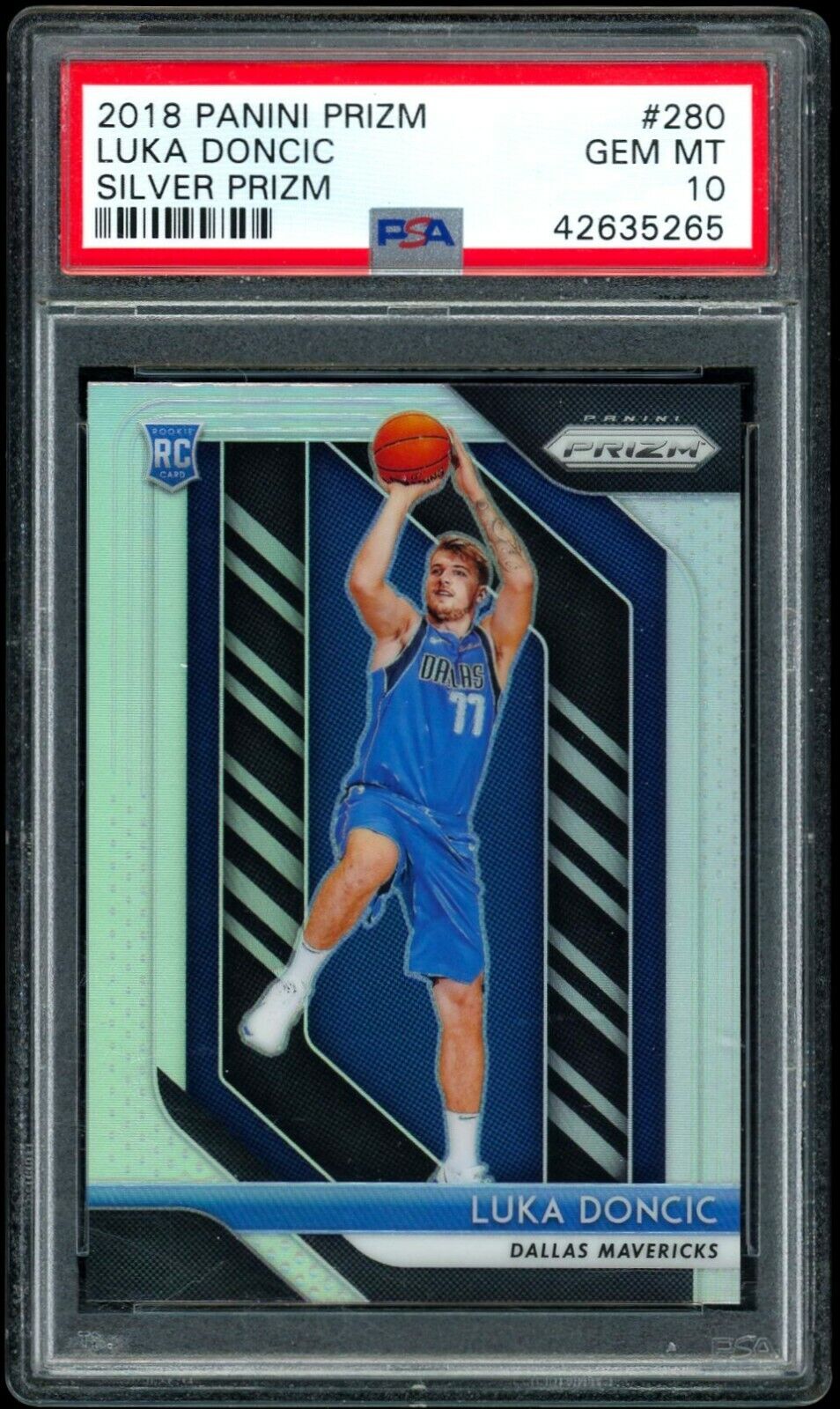 Doncic’s impressive showing in the postseason, as short as it may be, has already provided a boost to his stock. Before the playoffs started, Doncic’s PSA 10 Prizm Silver rookie card was valued at $5,800 on eBay. It’s now at $6,200 after the Mavericks gained a 2-0 lead over the Clippers.

To be clear, no one expected the Memphis Grizzlies to overcome the Golden State Warriors in the NBA Play-In Tournament, especially after Stephen Curry’s MVP-worthy performances this season. Now that they’ve made it to the playoffs, card fans can expect a monster game or two from their franchise star, Ja Morant.

Last year’s second-overall pick didn’t disappoint. In his playoff debut against the Utah Jazz, Morant registered 26 points in 35 minutes to lead his team to the win. And although they lost the following contest, he still posted a magnificent 47-point game, setting a franchise record for most points in a playoff game. 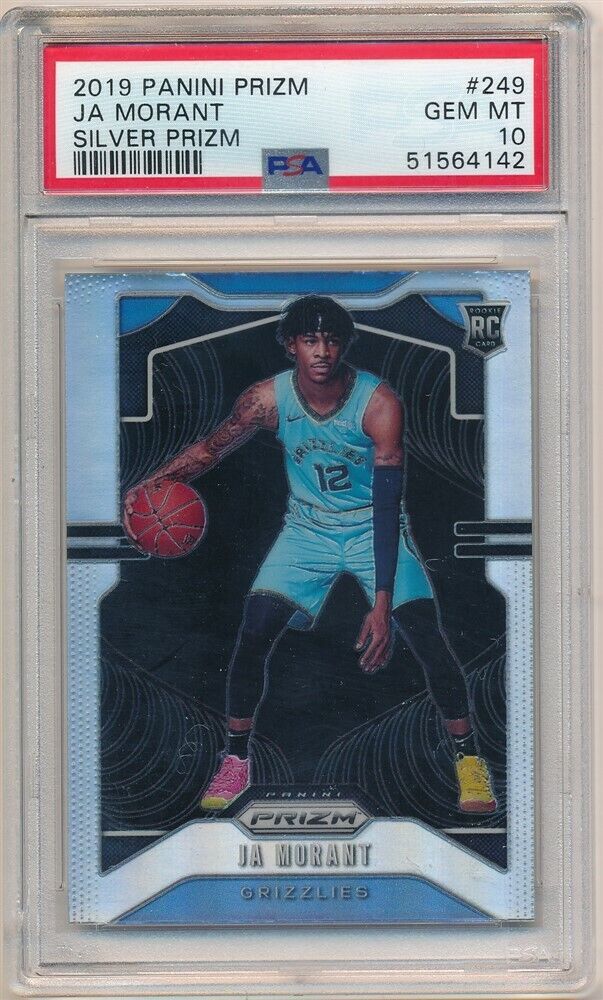 Morant’s hot start hasn’t gone unnoticed in the card market. His PSA 10 Prizm Silver rookie card has gone up from $1,525 a few weeks ago to $1,900 now. With the series now tied one game apiece, this price can go either way in the coming days.

For the past two years, the Milwaukee Bucks have always ended up disappointing in the playoffs, especially last year when they were eliminated by the Miami Heat. They’ve now upgraded their roster with Jrue Holiday and P.J. Tucker, two players that contributed to a 3-0 lead against the squad from South Beach.

But above every player in the Bucks’ lineup, there’s no one more important than Giannis Antetokounmpo himself. The five-time All-Star has been dominant against the Heat by averaging 24.7 points, 16 rebounds, 5.3 assists, and 2.3 steals in three games. Miami, it seems, has no answer for the Greek Freak as they are expected to advance to the second round sooner rather than later. 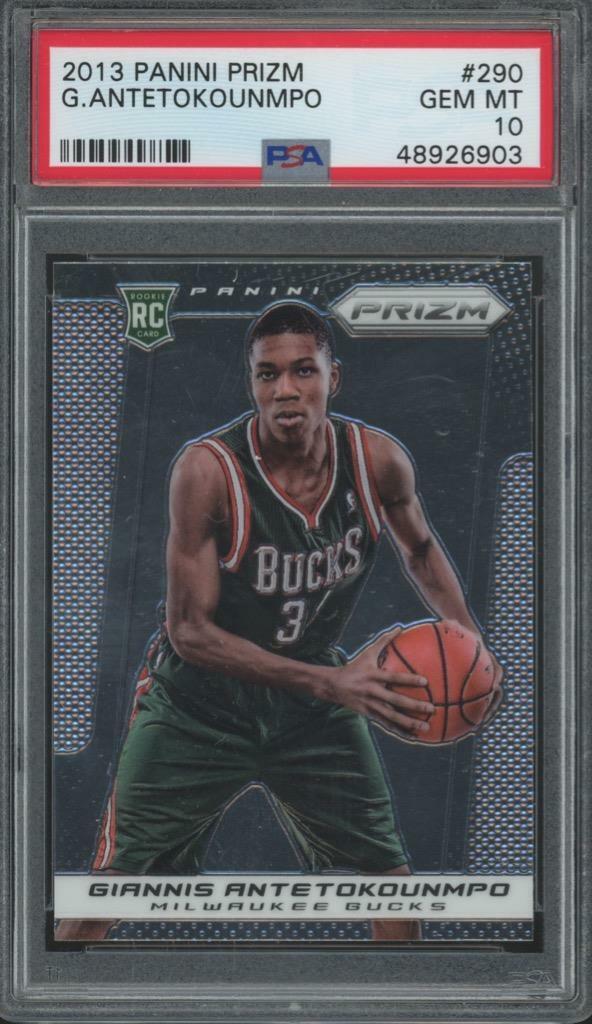 Antetokounmpo’s stock in the card market has reflected his stellar showing in the first round. Last week, his PSA 10 base Prizm rookie card could be had on eBay for $1,975. Now, that price has gone up to $2,300. Collectors can expect that figure to increase, especially if the Bucks manage to sweep Miami in their series.

After three years in the league, Trae Young has finally made the playoffs as the Atlanta Hawks square off against the New York Knicks in the first round. In the two games he played in the postseason, the All-Star point guard is averaging 31 points on 51% shooting from the field, 50% from downtown, and 100% from the free-throw line.

Size up the defense, cross over, float it up and score.. EVERY ANGLE of @TheTraeYoung's game-winner! 📸@ATLHawks seek a 2-0 series lead Wed. at 7:30pm/et on TNT. #NBAPlayoffs pic.twitter.com/WOgFyhgCSJ 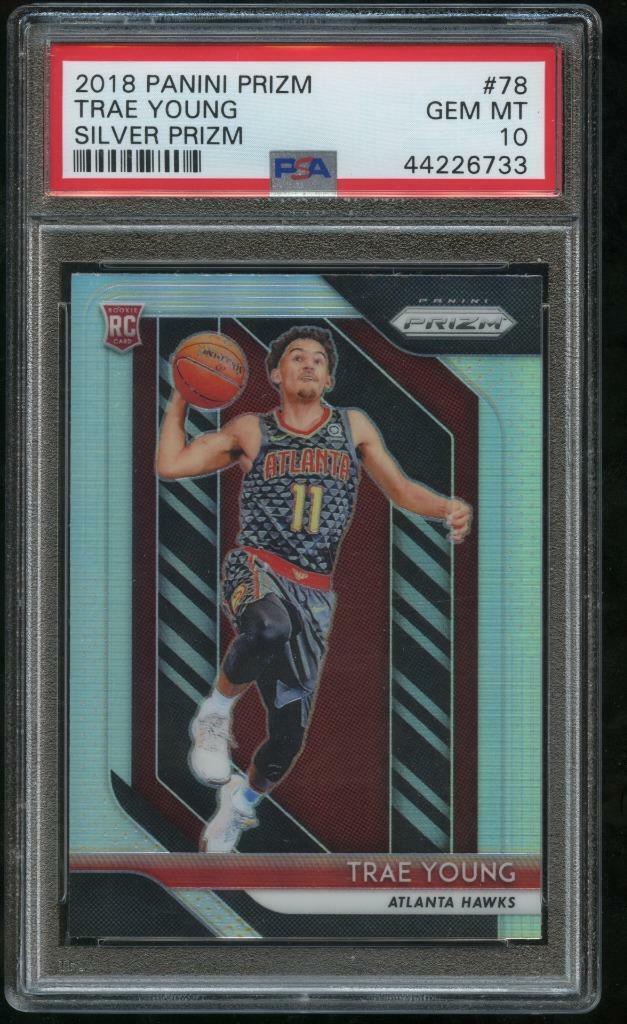 Young’s heroics has boosted his stock in the market. Earlier this month, his PSA 10 Prizm Silver rookie card was only selling for $1,628. After clinching his first playoff win, that price has gone up to $2,000. With a lot of heads tuning in to their series against the Knicks, collectors can expect an increase in the All-Star’s card demand.

For the past month or so, the Los Angeles Lakers have been ravaged by injuries to their two main stars – Anthony Davis and LeBron James. This development caused the team to drop down in the standings, leading them to participate in the NBA Play-In Tournament.

Now in their matchup against the second-seeded Phoenix Suns, both All-Stars are at full strength once again. James, in particular, has been instrumental in leading the Lakers to take a 2-1 lead against Phoenix.

Serving as his team’s primary playmaker, James is averaging 9.3 assists and 20.7 points per game in the series. He’s also efficiently hitting 50% of his shots from the field and 38% from beyond the arc. 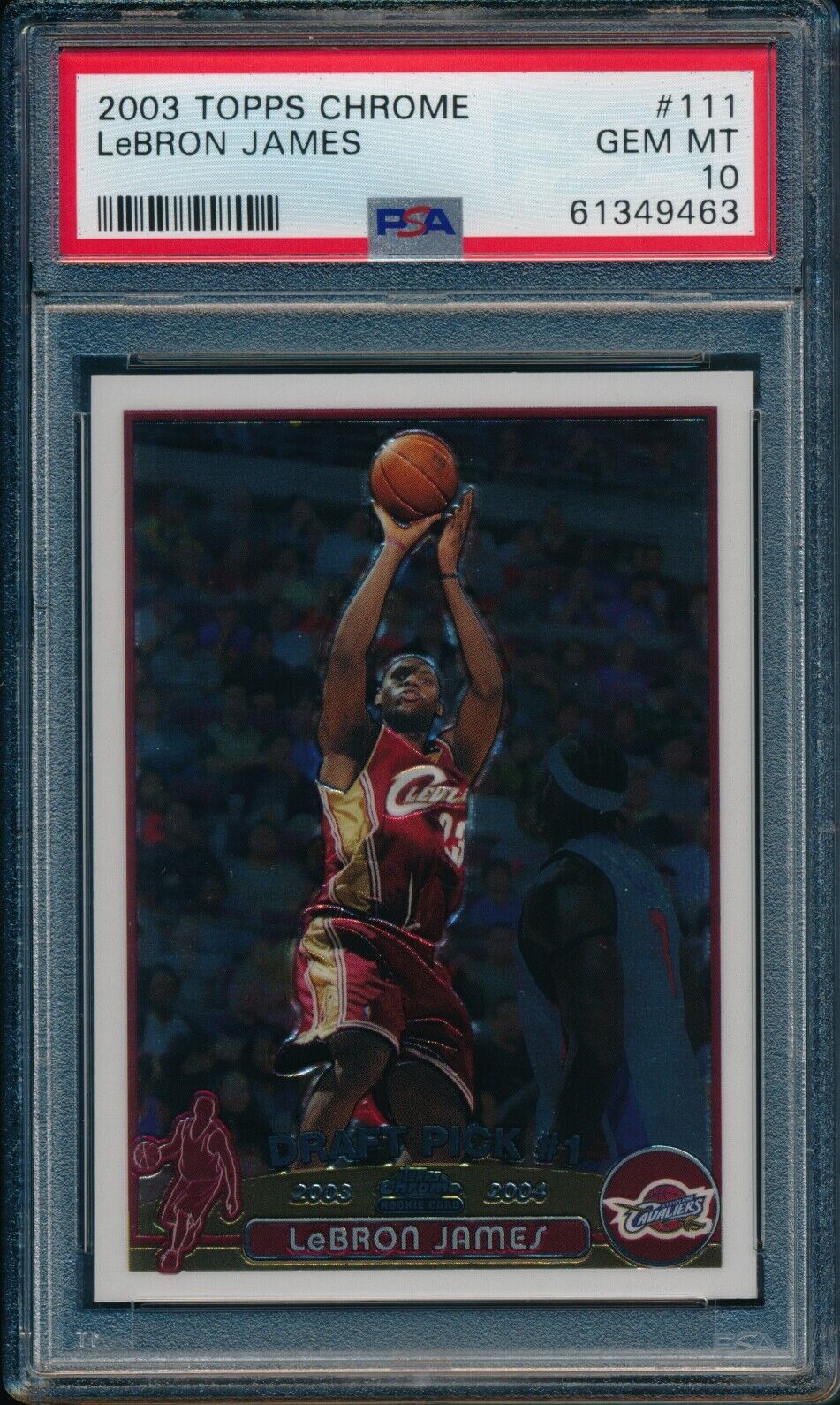 James’ definitive rookie card, his 2003 Topps Chrome, has been on a decline for the past few weeks. It hit a low of $19,000 after the Lakers lost Game 1 to Phoenix. That figure has now bounced back up to $21,130 after Los Angeles took command of the series.

The first week of the NBA playoffs is just the tip of the iceberg. With the postseason racing towards the Finals, there will be a lot of reasons for sports cards to go up in value. It’s best to keep a close watch on your favorite players and teams to get an early lead on their stock in the card market.