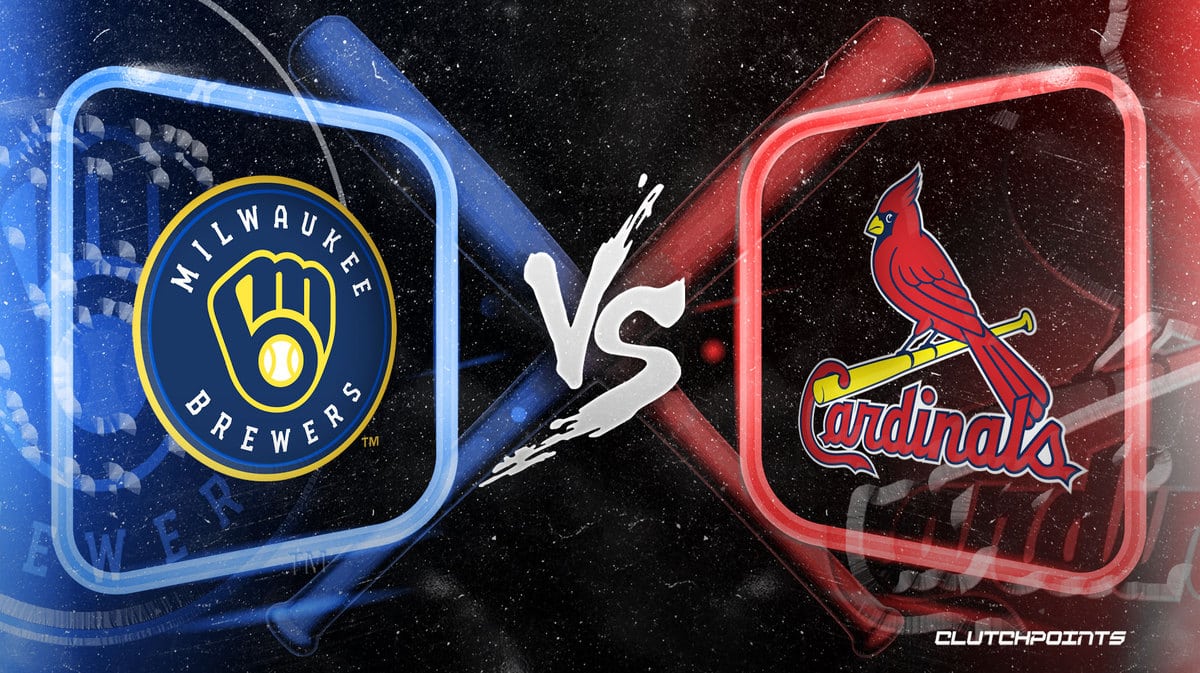 The Milwaukee Brewers take on the St. Louis Cardinals. Check out our MLB odds series for our Brewers Cardinals prediction and pick.

Matt Bush will be the opener for the Brewers in a bullpen game for Milwaukee. Jordan Montgomery will start for the Cardinals.

The Brewers will hope to get one inning from Matt Bush and navigate this game as skillfully as they can. The Brewers are not going to catch the Cardinals in the National League Central. St. Louis’ August surge has continued into September, all while Milwaukee has failed to gain any traction and make a steady upward push in the standings. Though the Brewers aren’t going to catch St. Louis, they still desperately need this game for their wild card push. They’re just a few games behind the San Diego Padres, who have failed to create a large margin between themselves and Milwaukee in the fight for the National League’s final playoff spot.

Jordan Montgomery has easily been one of the biggest stories of the post-trade deadline portion of the 2022 MLB season. He came to the Cardinals from the Yankees in the Harrison Bader deal. Bader is still rehabbing and might not do anything for New York this season. Montgomery has transformed the St. Louis rotation and given the Cardinals a high-end arm for October while also helping the Redbirds roar past Milwaukee in the N.L. Central.

Montgomery has a 1.45 ERA in his seven starts with the Cardinals. That is the fifth-lowest ERA for any Cardinal starter in his first seven starts with the club, going back to 1912. What makes the 1.45 ERA even more impressive is that Montgomery gave up five runs in five innings in his one bad start out of the seven. In his other six starts, his ERA is under 0.50. He takes the mound and dominates. It’s remarkable, since Monty was a back-end-rotation pitcher with the Yankees and is now delivering ace-level quality to the Cards. He could realistically be the Game 1 starter in the National League Wild Card Series instead of Adam Wainwright or Miles Mikolas. It’s not a settled question.

Courtesy of FanDuel, here are the Brewers-Cardinals MLB odds.

The Brewers really need this game. Urgency needs to be their friend down the stretch. The Cardinals are a better team. They have proved it over the past several weeks. However, the Brewers can certainly catch the Padres over the next three weeks. Rowdy Tellez and Willy Adames are hitting long balls. Andrew McCutchen is playing well this season.

The other piece of a winning Milwaukee puzzle is that Jordan Montgomery is bound to regress. The guy has been ridiculously great since coming to the National League. The Brewers need to focus on Montgomery’s four-seam fastball and go with his pitches instead of trying to do too much. If they produce patient at-bats, they can win.

Jordan Montgomery is the main reason the Cardinals will cover. He is a machine. In his six best starts (out of seven appearances) since coming to St. Louis, he has pitched 38 1/3 innings and allowed two earned runs. That’s it. He has pitched a scoreless game in a majority of his seven starts with the Redbirds: four out of seven. That’s not a complete game, but Montgomery regularly pitches at least six full innings per start, if not more. If he gives up more than one run in a start with the Cardinals, it’s a surprise, because that has happened only once in his six weeks with the team.

It’s really hard to go against Montgomery, but it’s also hard to pick the Cardinals since the Brewers need this game far more than St. Louis does. It’s a good stay-away situation, but if you insist on a pick, lean to the Cardinals.