The most devastating postseason injuries to NBA stars

The most devastating postseason injuries to NBA stars

There’s still plenty of time for Stephen Curry to return to action this postseason, but a number of his counterparts across the league aren’t so lucky. The Los Angeles Clippers lost their best two players, Chris Paul and Blake Griffin, to injuries that will keep them out for the rest of the playoffs. It’s part of why they’re on the brink of elimination tonight as they play Game 6 in Portland against the Blazers.

With Golden State, San Antonio, and Oklahoma City standing tall in the West, it would’ve been a tall task for the Clippers to reach the Finals. Still, any hope of doing so was dashed by these demoralizing injuries, and if Curry is unable to come back at full strength, the Warriors could suffer the same fate, albeit much more stunning.

This isn’t a new phenomenon. Here are some other star players injured in the playoffs in past years, essentially derailing their teams’ title hopes.

Just last year, LeBron James was focused on bringing a title to Cleveland in his first season back after bolting for Miami. They came out hot in the first round, but Love went down with a dislocated left shoulder that ended his postseason before it really began.

Then, in Game 1 of the Finals, Kyrie Irving fractured his knee cap. James did everything he could to carry Cleveland to victory, but they eventually fell in six games.

Just a year after reaching the NBA Finals, the Thunder appeared to be determined to get back and redeem themselves against the Big 3 in Miami.

It wasn’t meant to be. In the second game of the postseason, Westbrook tore his meniscus. OKC fell to the Grizzlies in the second round. 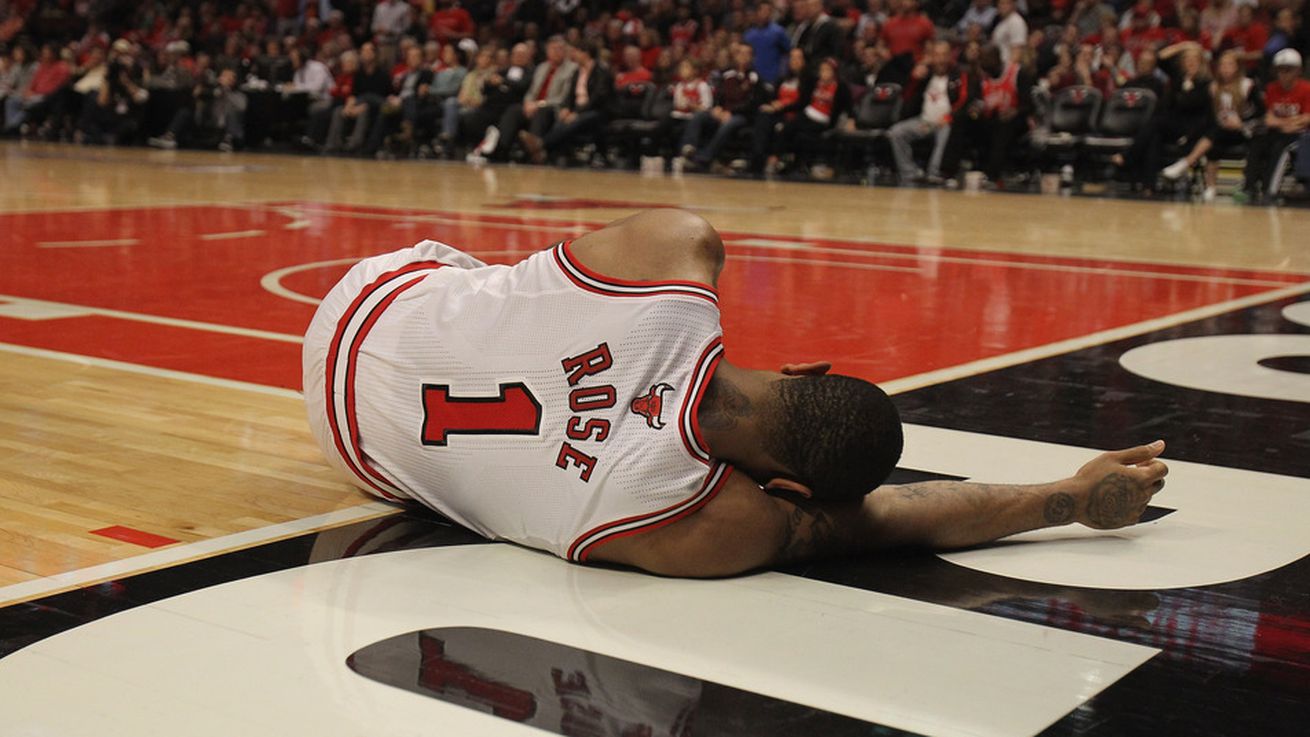 In the strike-shortened 2011-12 season, the Chicago Bulls looked to avenge an Eastern Conference Finals loss the previous year, and they tied for the league’s best record at 50-16.

Then, late in Game 1 of their first round series against the Philadelphia 76ers, Rose went down with a devastating ACL tear, the first of a series of injuries for the former MVP. The Bulls couldn’t recover, falling to Philly in six games.

A year after their excruciating loss in seven games to the Los Angeles Lakers, the Kings came back with the second best record in the West and were poised to reach the Conference Finals once again as they battled with the Dallas Mavericks.

Webber had a tremendous season, but in Game 2 a non-contact knee injury forced him out of the playoffs. The Kings couldn’t recover, falling to Dallas in seven games.

Just a series after defeating Sacramento, the injury bug moved from Webber to Nowitzki.

In the third game of the Western Conference Finals against San Antonio, Dirk endured a knee injury that forced him out of play. The Spurs eventually took the Mavs down in six games.

One of the more heart-breaking injuries on this list came to Knicks’ superstar, Patrick Ewing.

Ewing was yet to bring a title to the Big Apple, but he’d guided the 8th seeded Knicks to the Eastern Conference Finals in 1999. That’s when tragedy struck.

The veteran partially tore his Achilles against Indiana, forcing him out for the rest of the way. The Knicks rallied past the Pacers to the Finals, but they were overwhelmed there by the Spurs in five games. If Ewing had stayed healthy, history might tell a different tale of his career.

After winning championships in the two previous seasons, the Lakers looked for a 3-peat against a determined Detroit Pistons squad. Many pundits of the time will tell you that the Pistons were probably due to win that title anyway, but these injuries didn’t help matters for L.A.

Before Game 1 of the Finals, Scott suffered an injury in practice that kept him out indefinitely. Then, in Game 2, the Lakers appeared to be on their way to evening the series when Magic suffered a hamstring ailment that forced him out the rest of the way. The Lakers were swept.

The Blazers won the NBA championship in 1977 behind stellar play from Bill Walton, and they started ’78 with a 50-10 record. That’s when a foot injury forced Walton out of play for the rest of the regular season.

He managed to come back for their first round series against the Seattle SuperSonics, but in the second game he re-aggravated the injury. Portland was then knocked out by Seattle.