NASCAR driver Bubba Wallace just had the most memorable moment of his career after competing in the rain-soaked Talladega Superspeedway on Monday.

Wallace won his first career Cup Series race after the heavy rain called off the playoff showdown. The 27-year-old driver took the lead five laps before the second rain stoppage, and while NASCAR pushed to continue the race by drying the track, it went in vain as the downpour showed no signs of stopping.

Of course upon learning of the development, Wallace couldn’t contain his emotions as he celebrated with his crew following the win.

“This is for all the kids out there that want to have an opportunity and whatever they want to achieve, and be the best at what they want to do,” an emotional Wallace said after his win, per ESPN. “You’re going to go through a lot of bulls—. But you always got to stick true to your path and not let the nonsense get to you.

No one can blame Bubba Wallace for the celebration, though. After all, it was not only a career milestone for him but also a historic one. As ESPN Stats & Info noted, Wallace became the first Black driver to win in the NASCAR Cup Series in 58 years. The last one to do so was Wendell Scott in 1963. 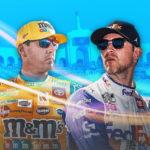 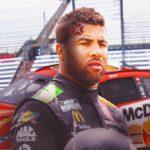 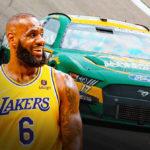 Aside from that, the Alabama native is also the 12th driver to get their first Cup win in the famed Talladega Superspeedway. Rick Stenthouse Jr. achieved the same feat in 2017.

Wallace is the first Black driver to win in the NASCAR Cup Series since Wendell Scott in Dec. 1963.

Wallace is the 12th driver to get their first Cup win at Talladega (first since Ricky Stenhouse Jr. in 2017). https://t.co/Ix5NlTz23R

Wallace has certainly gone a long way, and Michael Jordan and the whole Black community are certainly proud to watch him make NASCAR history. Sure enough, Monday’s win is only the first of many for the driver.