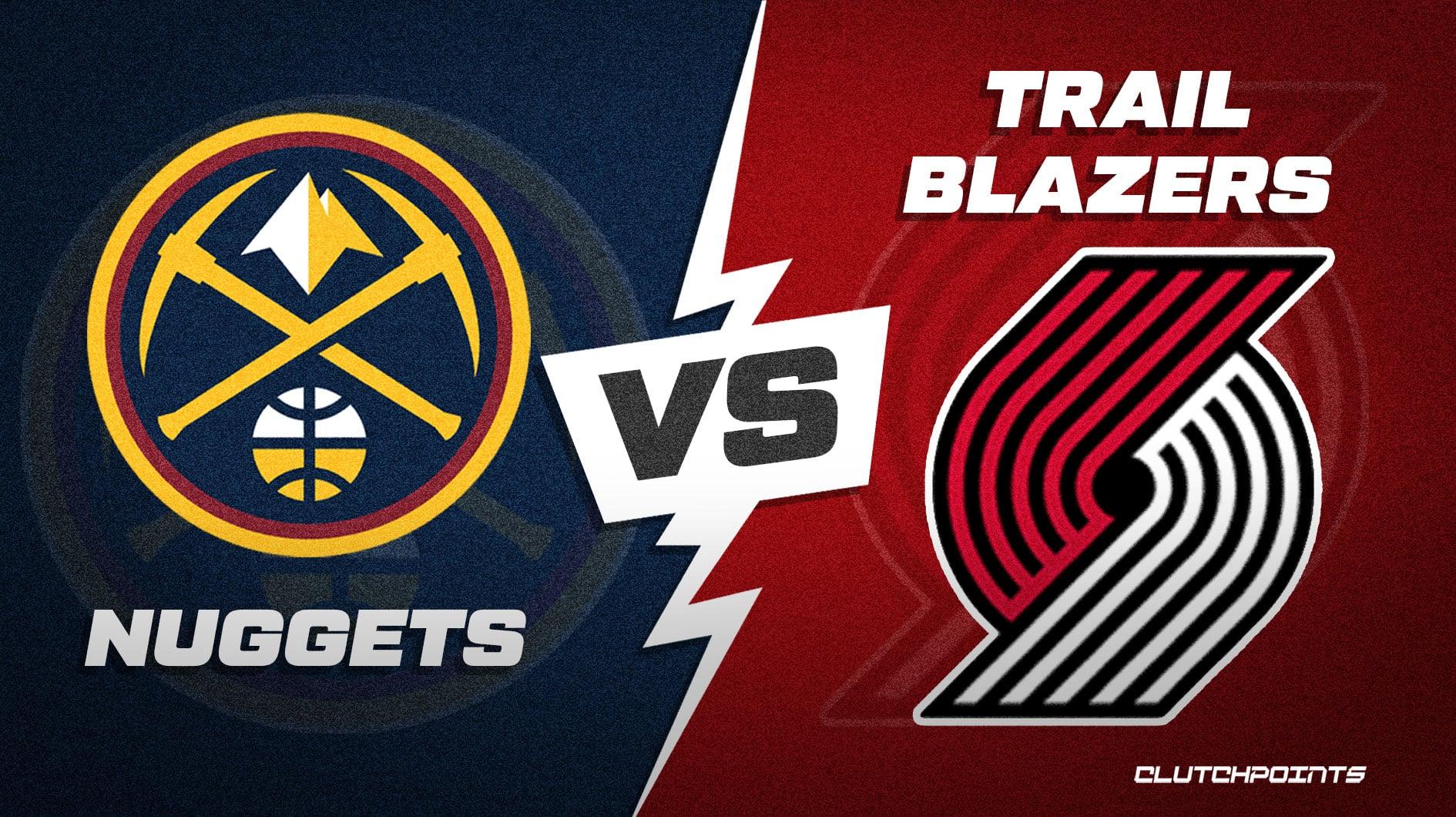 The Denver Nuggets (14-10) visit the Portland Trail Blazers (13-11) on Thursday. Action tips off at 10:10 pm ET. Below we continue our NBA odds series with a Nuggets-Blazers prediction and pick.

Here are the Nuggets-Blazers NBA odds, courtesy of FanDuel

Denver has been a well-balanced team but their strength lies in a potent offense. The Nuggets rank 11th in scoring and fourth in offensive efficiency. They are vulnerable on defense, however, as they rank just 17th in points allowed and 27th in defensive efficiency. The Nuggets do make up for it on the glass where they rank sixth in rebound differential and ninth in rebound rate. Denver will notably be without Michael Porter Jr. due to injury.

If the Nuggets want to cover tonight, they’ll need their best player to perform in a place he has historically struggled. Nikola Jokic is an incredible player who’s averaging an absurd 23 PPG, 10 RPG, and 8.9 APG. The reigning MVP has been remarkably efficient, shooting 63% from the field and 81% from the free throw line. He hasn’t missed a beat lately, averaging 25 PPG over his last three games. That being said, he has something to prove tonight playing in a city where he hasn’t found much success in the past. In 12 career games in Portland, Jokic averages just 14.7 PPG, 8.8 RPG, and 5.2 APG on 53% shooting. While those are solid numbers, the Nuggets will need more from their MVP if they want to cover tonight.

With forward Michael Porter Jr. out yet again, the Nuggets will need forward Aaron Gordon to continue his strong play of late. Gordon is quietly having a solid season, averaging 16.6 PPG and 6.7 RPG while shooting 62% from the field. He is also coming off arguably his best game of the season: a 27-point performance against the Mavericks that saw him shoot 77% from the field. Gordon was excellent in Denver’s earlier loss to Portland. Despite the loss, Gordon scored 26 points on 75% shooting – something to keep in mind before making a Nuggets-Blazers prediction.

Portland is a strong all-around team that relies on its stars to carry the load offensively. The Trail Blazers rank 23rd in scoring and 12th in offensive efficiency. They’ve been solid on defense, ranking 11th in points allowed and 24th in defensive efficiency. They won’t be beaten on the glass, however, as they’re a formidable tenth in rebound differential and 11th in rebound rate. Portland will notably be without Gary Payton II due to injury.

In Portland’s early home victory over Denver, they relied on a combined 60 points from their backcourt to take home a resounding victory. They’ll need a similar performance tonight if they want to cover a tight spread. Thankfully, guards Damien Lillard and Anfernee Simons should be up to the task matched up with a Denver defense that has struggled to contain opposing ball-handlers.

Lillard and Simons have lit up the box score all season long. Lillard averages 25.8 PPG and 6.9 APG on 42% shooting from the field. While he’s been somewhat inefficient compared to years past, Dame remains one of the most potent scorers in the league. He’s terrorized Denver throughout his career – averaging 23 points and 7.3 assists across 34 games versus the Nuggets.

While Dame is the star of Portland’s show, backcourt mate Anfernee Simons is just as crucial to their chances of covering tonight. Simons has been nearly as impressive this season, averaging 24.7 PPG and 4.5 APG on 44% shooting. He’s been lethal from beyond the arc as well where he shoots nearly 40% from three. Simons comes into tonight red-hot as he’s averaged 31.5 PPG over his last four appearances. That includes a 37-point showing against the Clippers and a 45-point performance against the Jazz. Simons’ hot play of late is something to keep in mind when making a Nuggets-Blazers prediction.

Portland has done a great job containing Nikola Jokic throughout his career but especially at home. While you can’t bank on that to continue, that track record is enough for me to like the home favorites tonight.