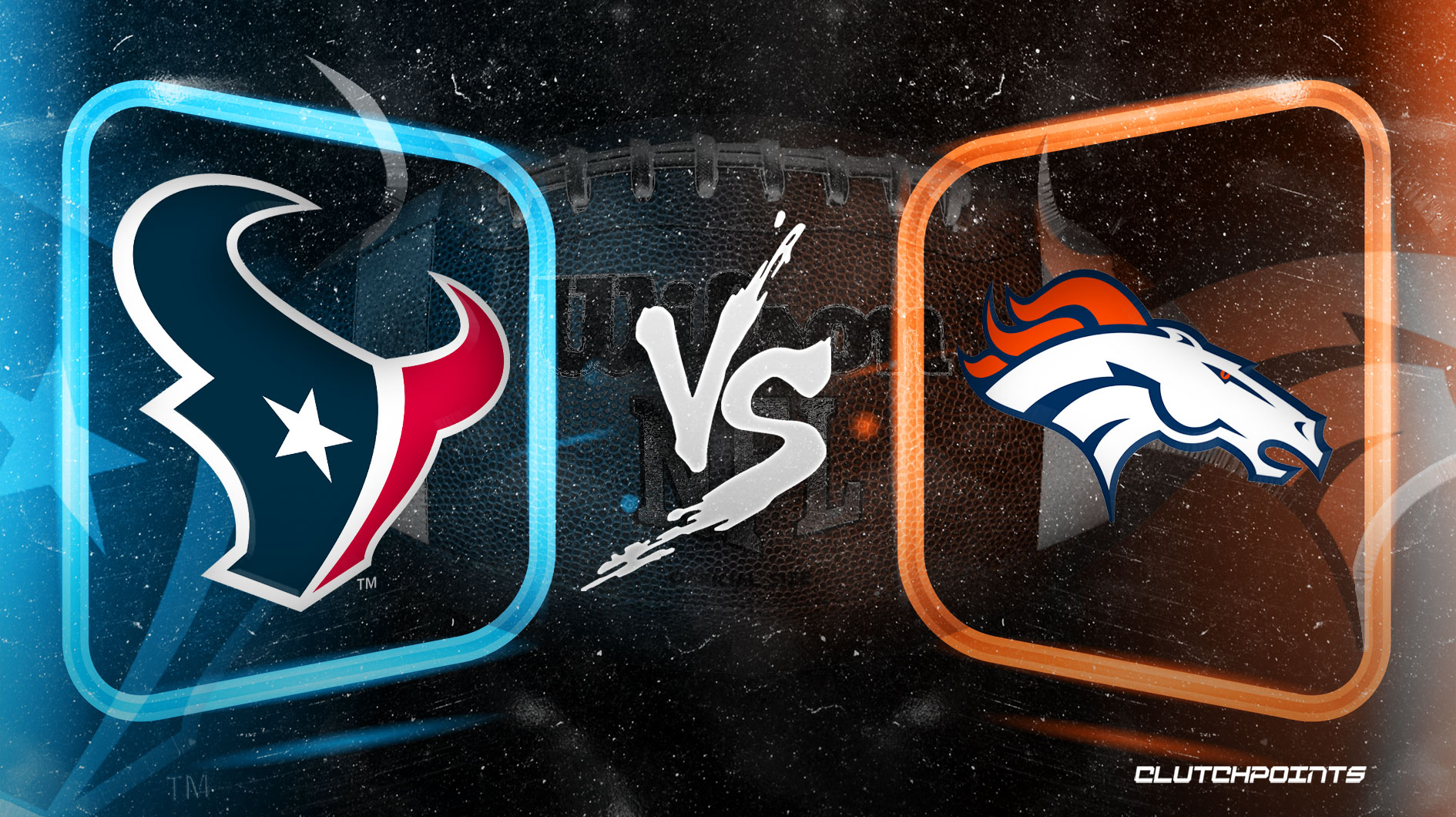 The air will be rare in a late afternoon AFC battle between the Houston Texans and the Denver Broncos. Join us for our NFL odds series, where our Texans-Broncos prediction and pick will be unveiled for all to see.

Coming off of a tie in OT against the Colts, the Texans can’t help but feel disappointed after they were up on Indianapolis 20-3 before surrendering 17 points in the fourth quarter that ultimately forced overtime. Regardless, a tie is better than a loss and the Texans certainly showed flashes of improvement in Lovie Smith’s first year as head coach.

One of the more head-scratching endings that you’ll ever see, the Denver Broncos decided to take the ball out of the hands of franchise quarterback Russell Wilson on 4th and 5 and instead sent out kicker Brandon McManus to attempt a lengthy 64-yard-field goal for the win. After McManus missed the attempt by only a couple of feet, rookie head coach Nathaniel Hackett was pelted with a numerous amount of criticism by local and national media outlets. Can the Broncos overcome shooting themselves in the foot and secure the first win of the Wilson-Hackett era in Denver?

Here are the Texans-Broncos NFL odds, courtesy of FanDuel.

Last season, the Texans reeled off only two road wins on their way to a 4-13 overall record. After a coaching change and some much-needed confidence being instilled into this roster after Week 1’s encouraging showing versus the Colts, Houston comes into the Mile High City seeking a win to move ahead of the .500 mark since winning their opening game last season against Jacksonville.

In order to cover the spread in Denver, the Texans will most likely want to limit the mistakes, build off of an early lead, and control the clock. Last weekend, the Texans did just that by starting off the contest with a commanding lead only to see themselves falter late. Without a doubt, even though Houston may be an improved football team, the Texans don’t have the talent to dig themselves a large hole, especially with a young quarterback in Davis Mills under center. Instead, expect Houston to pace themselves on the ground with running backs Damion Pierce and Rex Burkhead in an attempt to avoid this game turning into a shootout.

Defensively, the Texans did a serviceable job by bending and not breaking against the new-look Colts offense, but they still surrendered 517 yards of total offense and appeared to get soft when the game mattered most. Nevertheless, Houston has to feel good about the performance of rookie Derek Stingley Jr. who looks the part of possibly the next great NFL cornerback. While the Houston defense may have their hands full on Sunday, the Texans have the personnel to keep this one close especially if they’re able to force the Denver offense to turn the ball over in critical moments.

Why The Broncos Could Cover The Spread

Denver decided to rest most and if not all of their starters during the preseason slate to make sure that no injuries would take away the hype of the upcoming season. Clearly, there seemed to be some sort of rustiness and disconnect when the Broncos made the trip to Seattle for Russell Wilson’s highly anticipated reunion.

After fumbling the football twice inside the Seahawks’ five-yard line and only generating three points in a trio of trips to the Seattle red zone, Denver should’ve won by multiple touchdowns but saw themselves come up short in a one-point 16-17 loss to the Seahawks. Whether it was crucial mistakes, questionable coaching, or the Seahawks fans making life difficult for the Denver offense, the Broncos need to step it up if they want to be considered one of the AFC’s more premier teams.

For starters, the Broncos certainly moved the ball to perfection for 433 yards of offense, and Russell Wilson most definitely looked the part of a superstar quarterback that is ready to take Denver to a whole other level of play. If the Broncos are going to cover the spread versus the Texans on Sunday, finishing their drives with touchdowns instead of turnovers or even field goals will be priority number one.

On defense, the Broncos got off to a slow start but made the proper halftime adjustments to stop the Seahawks in their tracks. The loss of All-Pro safety Justin Simmons to a quad injury for the next month or two is costly, but this unit has depth in places that didn’t exist in years prior. Expect outside linebackers Bradley Chubb and Randy Gregory to get after Davis Mills often, as both of them should wreak some havoc when going up against a so-so Houston offensive line.

On paper, Denver will be extra motivated this weekend after literally fumbling the bag against the Seahawks. The Texans might play the Broncos tough, but Denver will pull away late with Houston getting fatigued late in the game thanks to the altitude and the raucous fans that are excited for the home opener in the Mile High City. 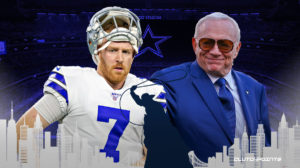