With the recent signing of wide receiver Antonio Brown, the Oakland Raiders now have a real downfield threat to work with entering the 2019 season. In wake of that move, Adam Schefter confirms that Oakland is releasing former Pro Bowl wideout Jordy Nelson:

And now the Raiders have released WR Jordy Nelson, per source.

The Raiders passing offense was rather anemic last year. They ranked 24th overall in passing yards and dead last in passing touchdowns scored with 19.

A large part of Oakland’s struggles can be attributed to the veteran Nelson, who was acquired in the 2018 offseason as the team’s new go-to option for Derek Carr to work with after the departure of Michael Crabtree.

However, Carr and Nelson failed to generate good chemistry together, with the former Green Bay Packer standout catching just 63 passes for 739 receiving yards and three touchdowns in his first year in Oakland.

With an underwhelming showing, the Raiders made certain that their aerial attack would need a significant upgrade, and that’s where the Brown deal comes in. As such, Nelson became an expendable player on the roster. 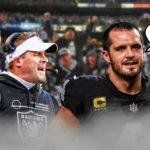 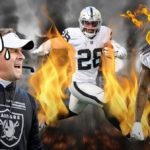 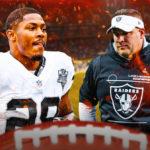 This comes as no surprise to fans and experts alike, as the 33-year-old Nelson appeared to have lost a lot of his step after back-to-back mediocre campaigns over the past two seasons.

Nelson’s last stellar outing was in the 2016 season, hauling in 14 TDs and 1,257 receiving yards for his third-straight 1,000-yard campaign en route to winning the NFL’s Comeback Player of the Year award. He suffered a serious knee injury in 2015 that kept him out of action for the entirety of that year.

Despite his lackluster production of late, the former Pro Bowl selection still displayed flashes of his greatness at times last season for the Raiders. Expect Nelson to still be taken by other NFL teams looking for veteran receiver help this offseason.