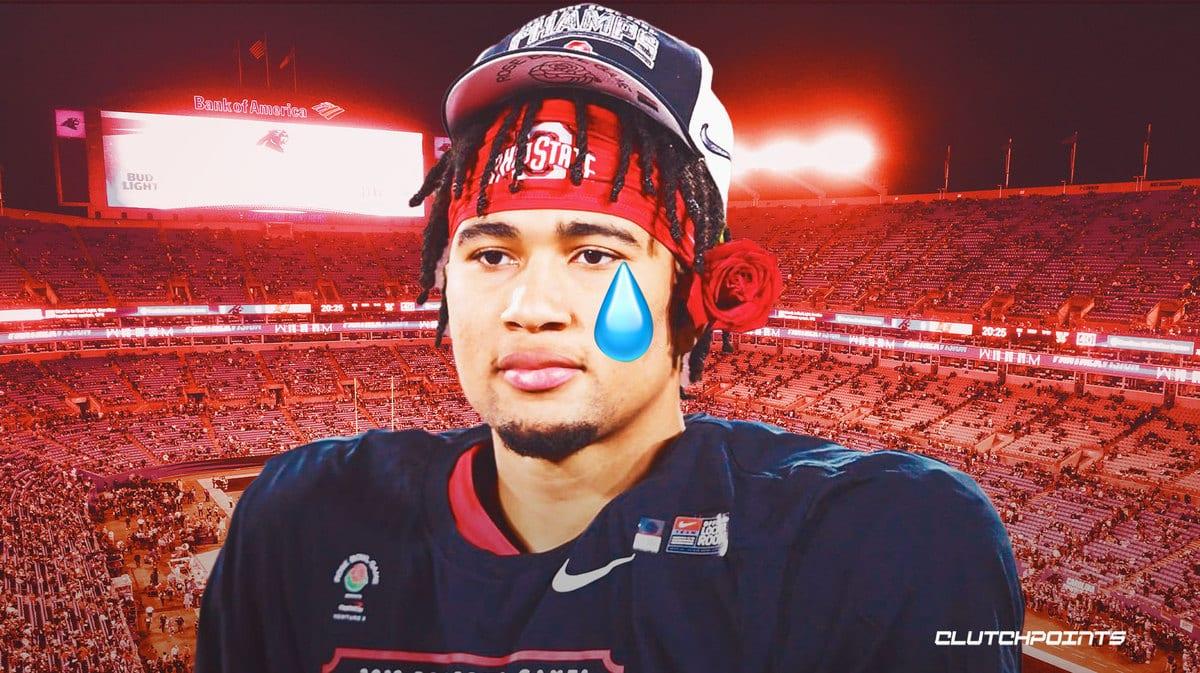 While the nature of the injury has yet to be disclosed, it appears Smith-Njigba is dealing with some sort of knee or hamstring injury. Prior to the issue, he took a big hit from from Brandon Joseph that really shook him.

Here’s a look at that tackle on Smith-Njigba. It is worth noting that his legs fell awkwardly after the hit, particularly his right one. Not to mention that he even lost his helmet after the play.

Jaxon Smith-Njigba's dealing with a knee/hamstring injury after an awkward tackle earlier in the game. pic.twitter.com/OjTJgEkrb4

Jaxon Smith-Njigba had been held back after that, jogging along the sidelines and riding the stationary back as the team assessed his condition. Fortunately, before the first half ended, the wideout was seen getting his helmet back and preparing to go back in the contest.

Had Ohio State football lost Smith-Njigba to injury, it would have been a brutal blow to a team with high aspirations this 2022. Smith-Njigba is one of the nation’s best wide receivers, and it’s impossible to replace him on the roster.

Here’s to hoping that there won’t be any setbacks when it comes to his injury. Knee and hamstring issues are always tricky to deal with, and the last thing the Buckeyes would want is to lose their star wide receiver long term.