Blizzard released its content roadmap for Overwatch 2, which includes 4 new heroes that will release this year.

Many things have been added to Overwatch 2, but things are getting removed, too. Past the 6th member of each team saying goodbye and the price tag also going, Loot Boxes will also no longer be in the game. Apparently, if you have any remaining Loot Boxes once the migrate goes live, they’ll all automatically be opened and you’ll still reap the rewards. The Loot Box system will be replaced by a Battle Pass and “an all-new and consistently updated in-game shop.”

We also learned from the roadmap that each season will last nine weeks, with new and fresh content coming per season.

Everything We Know About Overwatch 2

Overwatch 2’s release date has already been announced to be October 4. It will be Free-to-play, meaning that entry barrier of the initial purchase has been removed. This also allows for cross-progression, meaning that players can play, progress, and access their unlocked content across all supported platforms.

The second tank in each team has also been removed, meaning that PvP matches will be 5v5. Overwatch 2 will launch with new and reworked heroes, game modes, maps, and more. This means that every player in each team has more impact, without being chucked in an unfamiliar game.

On launch, Overwatch 2 will also have a new Seasonal Model, wherein the game will have updates every 9 weeks to make sure the game isn’t monotonous and neglected (looking at you, Overwatch.)

As was revealed early on, the title will also include PvE Experiences. If you’re an Overwatch lore junkie, this one’s for you. These PvE experiences will first be launched in 2023, and is intended to push the story forward.

Overwatch 2: What to Expect 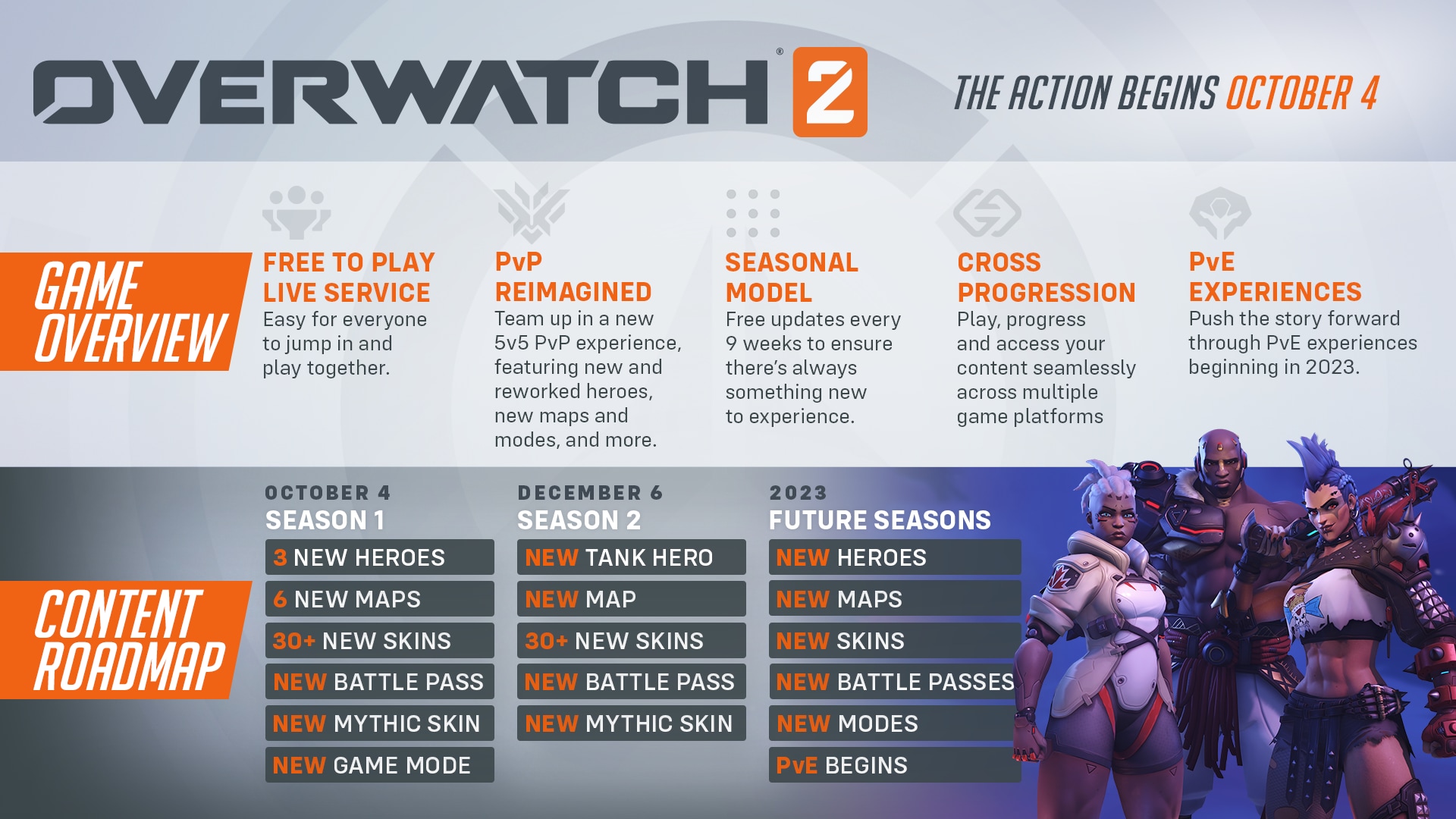 As announced, the game will release on October 4, 2022. This also marks the beginning of Season One, which will introduce 3 new heroes, and many other things. We already know two out of the three new heroes: Sojourn and Junker Queen. The third one remains unannounced, aside from the fact that they will be a Support hero. 6 new maps will also be available, as well as updated lighting for the existing maps. More than 30 new skins will be released along with a new Mythic skin, adding up to the hundreds of skins already available. The Classic II updated looks for each Hero will also be available for free.

Season One will also be the start of the implementation of the new Battle Pass system, and the new Push game mode.

Season 2 begins on December 6, and a Tank Hero as well as a new Map will release with it. More skins are planned to be introduced, including another Mythic skin. The turning of seasons will also refresh the Battle Pass. 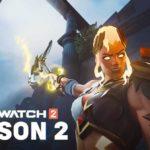 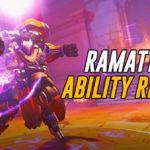 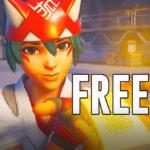 Currently, the Overwatch 2 PvP is in Closed Beta, with access given to players who bought the founders pack and other selected players through the beta sign-in form.

The Overwatch 2 developers ended the blog post with the following words:

“We‘ve always believed that Overwatch, at its core, should be a living game. Overwatch stands for inclusivity, open-mindedness, and community. These pillars led to the change in our strategy to deliver new heroes, maps, and modes on a frequent basis because we believe this is what’s best for our players and our game. ”