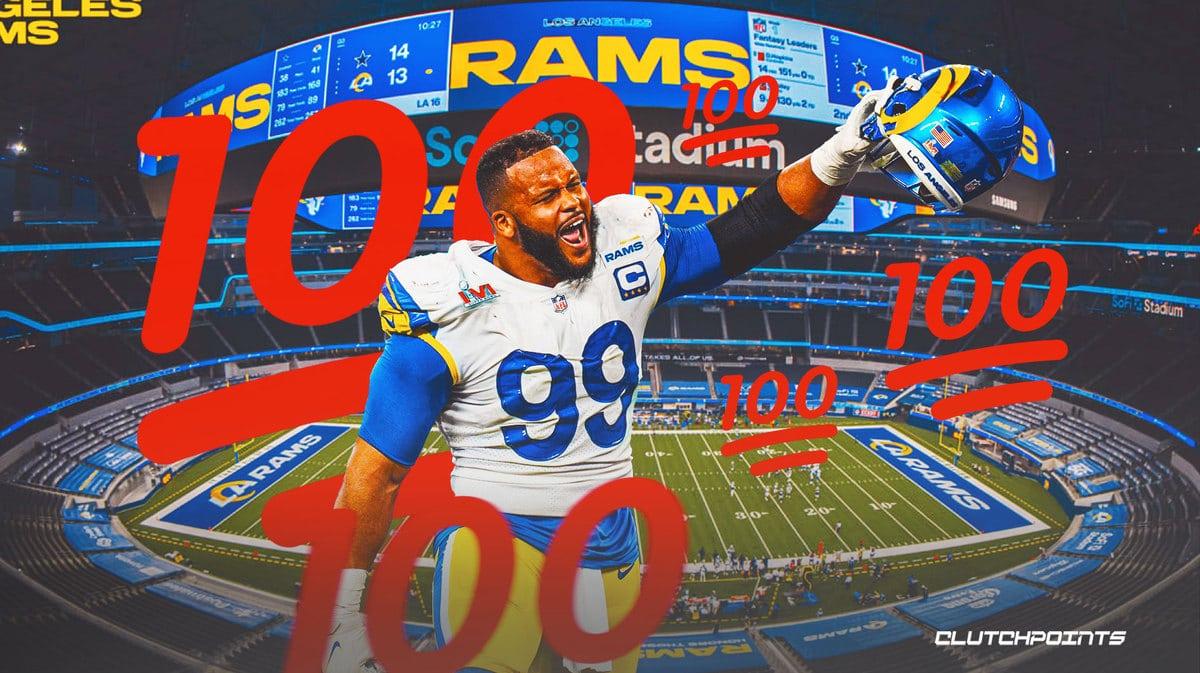 Aaron Donald’s sack came in the first half against the Arizona Cardinals, as he brought Kyler Murray to the ground.

Donald reacted to adding his name to yet another NFL record.

“He was trying to get down quick, he held onto the ball a little long and tried to run, but I tripped him up at the end,” Donald said to the Los Angeles Daily News journalist Gilbert Manzano. “I was just playing, but obviously it’s a blessing to accomplish something like that and just in the moment I’m playing the game and trying to help my team win.”

As usual, Aaron Donald was very humble about his incredible play. No record or statistical achievement is as important as winning to Donald, but he helped get his team a big win against the Cardinals on Sunday.

Aaron Donald is just the second defensive tackle to made the 100 sacks list, alongside John Randle who had 137 and a half sacks. The all time sacks leader is Bruce Smith with 200, and Aaron Donald will look to one day pass that record as well. Donals has been in the league for nine years and is only 31 years old.

Aaron Donald will look to ascend up the all-time sacks list for the rest of this season and his career. His sack on Sunday was his second of the season, and he’s hungry for more. Donald is blessed to reach the 100 club, but he is most concerned about helping his Rams win games.