New Orleans Saints head coach Sean Payton won’t back down on his decision of starting Taysom Hill on Sunday against the Atlanta Falcons. The Saints were able to walk away with a victory, and Payton made sure to get in the last word—or retweet—on Atlanta Falcons’ wideout Roddy White.

Following their victory, Payton retweeted White’s take on Twitter about how Hill wouldn’t perform well, which didn’t age too well in hindsight:

Saints coach @SeanPayton is a savage 💀🔥

Payton faced a bit of criticism in his decision to start Hill over Jameis Winston at the field general position, with reports surfacing that even teammates felt as if Winston should’ve received the starting job over Hill. 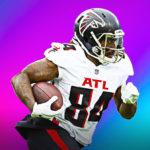 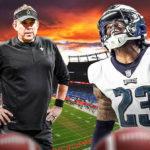 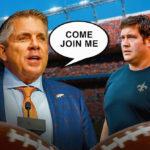 Even so, Hill didn’t let the doubters have the final say. He ended Sunday completing 18 of 23 passes for 233 yards. He also capitalized in the running game, scoring two touchdowns off of rushes along with 51 yards. The 30-year-old is in his fourth season with the Saints, serving as one of the favored quarterbacks behind Drew Brees. Brees suffered multiple rib fractures along with a collapsed lung during his outing against the San Francisco 49ers in Week 10. It remains unclear when the star quarterback will return to action, but reports suggest that he’s expected to be out at least two weeks.

Given Payton’s gloating following their victory against the Falcons, it’s safe to say that he’ll likely deploy Hill as a starter once more in Week 12 against the Denver Broncos. The Broncos are one of the poorer defensive teams in the league at the moment, which could allow Hill another favorable performance.