Ever since it was officially announced that a ‘Space Jam 2’ sequel will be gracing the big screen with LeBron James as the star, basketball fans around the world have been clamoring with excitement.

Millions of kids fell in love with Michael Jordan‘s performance in the original, and now a new generation will get their own rendition. While it’s unlikely to live up to the first ‘Space Jam,’ expectations are high for many.

Joe Pytka is not one of those people.

Pytka, who directed the original ‘Space Jam,’ doesn’t believe it will be successful and is advising the producers to pull the plug.

“Don’t do it. It’s doomed,” Pytka said to Bill Higgins of The Hollywood Reporter. “Michael Jordan was the biggest star on the planet. 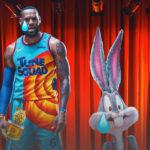 “When we did ‘Space Jam,’ there was a perfect storm of players and ex-players available,” Pytka said. ” … There are none around like that now.”