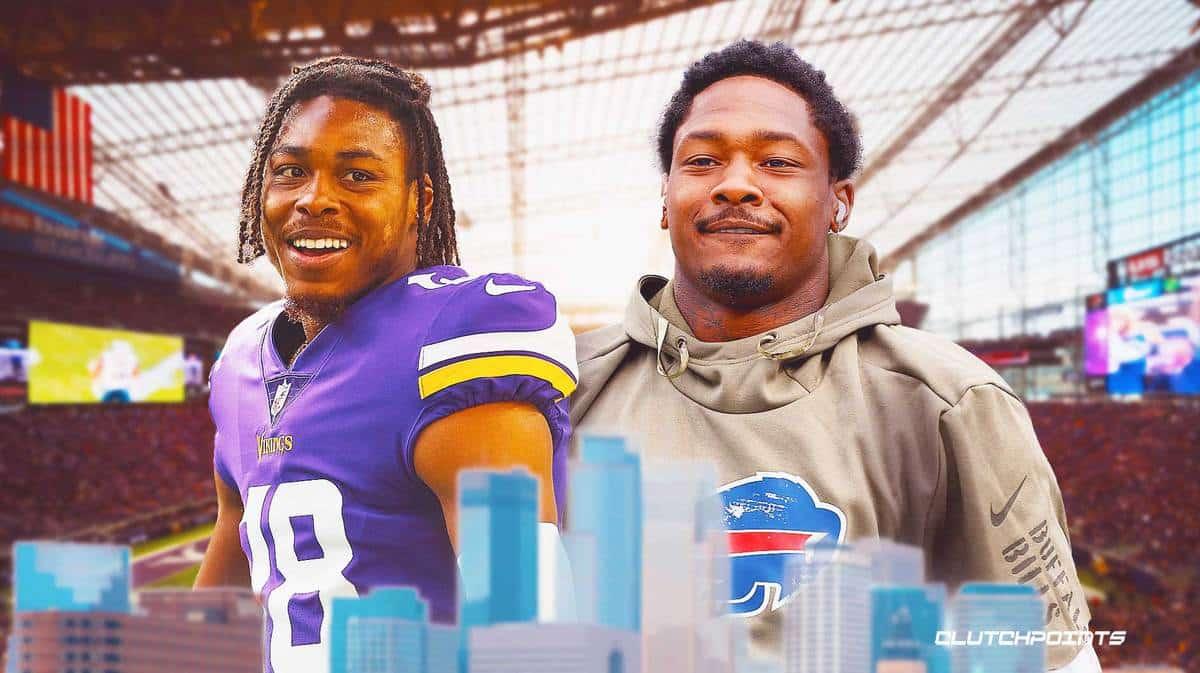 Prior to Justin Jefferson’s spectacular performance against the Buffalo Bills in Week 10 he was already considered one of the best receivers in the NFL. In addition to praise from coaches and the media, Buffalo Bills wide receiver  Stefon Diggs praised Jefferson.

“I just think he’s a hell of a player — definitely one of the best receivers in this league,” Diggs said of Jefferson. “What he has done and achieved in such a short time shows that he is a special player. It’s hard not to pay attention to him.”

Jefferson was touched by the praise from Diggs, a former Vikings star who played 5 years with the team. Diggs authored the “Minneapolis Miracle,” a spectacular piece of team history. He caught a 61-yard game-winning TD reception in a 2017 playoff win over the New Orleans Saints.

Jefferson was quite thrilled to hear the praise from a player he considers one of the top receivers in the league.

“It was great to hear him say those things and it really meant a lot to me,” Jefferson said. “He’s a great receiver with a lot of credibility. I know how good he is and he’s on a great team.”

The Vikings emerged with a 33-30 overtime triumph over the Bills in Week 10, and Jefferson played a huge role. He caught a 32-yard, 4th down pass that allowed the Vikings to remain in the game. He also caught 10 passes for 193 yards in the game.

Justin Jefferson has a stated goal of becoming the best receiver in the league and he believes he is close to reaching that goal.

He also knows he has a huge supporter in Diggs.