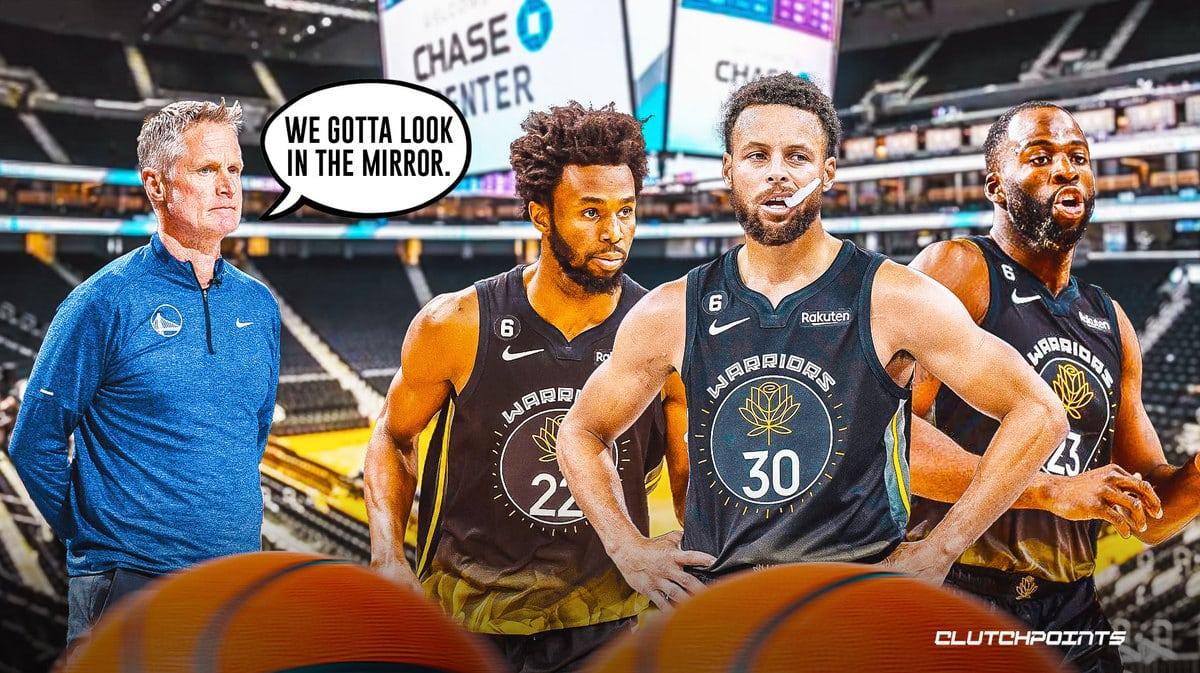 The Golden State Warriors got their first road win of 2022-23 on Sunday, clawing back to beat the Houston Rockets 127-120.

Even better? The floodgates finally opened for Klay Thompson, who followed up his most efficient game of the season by erupting for 41 points and 10 made three-pointers.

The floodgates opened for a scorching Klay Thompson in the Warriors' first road win of 2022-23. (via @armstrongwinter)https://t.co/6e8JAV4UWp

Forgive Steve Kerr for not celebrating those much-needed developments like the players did on the Toyota Center court once the final buzzer sounded.

BIG smiles after the first road win of the season 😄 pic.twitter.com/ibAX6vE10I

Instead, Kerr breathed a sigh of relief on the postgame podium, giving the Warriors credit for weathering the storm of Houston’s furious comeback from an early 18-point deficit while sending them a message about what needs to be better going forward.

“He’s gonna play better. I don’t think his defense has been as good as it was last year. I think he knows that,” Kerr said of Wiggins. “It goes hand in hand with our team’s overall defense. I think every single guy has to look in the mirror, coaches too. We have to think about our schemes and possibly make some adjustments, because we’re giving up too many points.”

Following a suffocating start that got them out to an 11-0 lead, the Warriors were largely toothless defensively against the Rockets, a continuation of the trend that’s dogged them throughout the first month of the season.

Golden State entered Sunday’s action with a 120.8 defensive rating on the road, per NBA.com/stats, second-to-last in the league. The young Rockets fell just short of that threshold, hardly an indication of any defensive improvement from the Warriors outside Chase Center.

Houston, after all, sports a bottom-five offense, and shot a below-average 33.3% from deep on mostly quality looks. Jalen Green went just 4-of-15, too.

Wiggins, to be clear, isn’t Golden State’s biggest problem defensively. But he also hasn’t been the lockdown stopper and impactful help defender who played an indispensable role shutting down Jayson Tatum in the NBA Finals last June.

Golden State simply needs to play with more edge and connectivity on that side of the ball, especially as the rotation remains in flux. We’ll see how the defending champs respond to Kerr’s challenge on the second leg of a back-to-back on Monday against the New Orleans Pelicans.