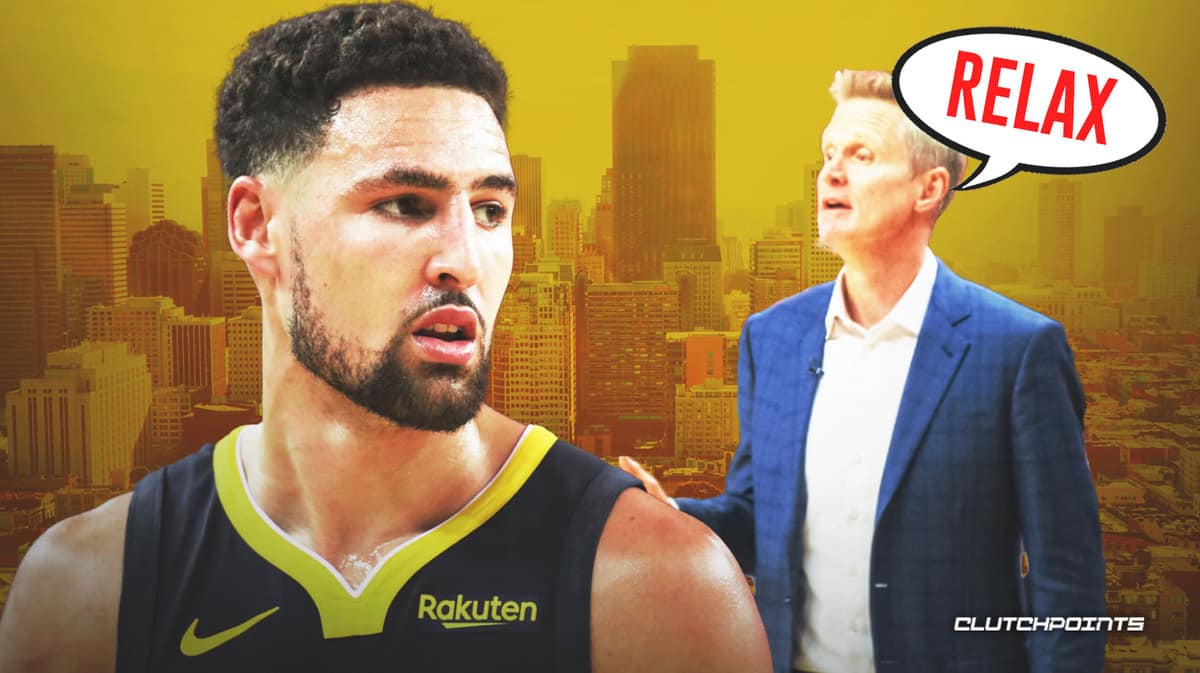 Saturday’s match against the Utah Jazz is Klay Thompson’s 30th game of the season with Golden State Warriors. He’s making progress towards being his old self, but it hasn’t been smooth sailing.

Before the game began, Steve Kerr talked with the media about how he felt his star shooting guard has performed this 2021-22.

“Overall, he’s played really well. I think he’s been up and down though, and he hasn’t been consistent during that time because I think emotionally he wants this so badly, and he tends to press a little bit,” Kerr admitted.

A few weeks ago Kerr used the same term “pressing” to describe Thompson’s play so far. After 29 games, the Warriors coach still feels the same way.

“That’s the biggest thing we are trying to help him with is just relax a little bit and understand that trying a little less hard sometimes is a good thing,” Kerr explained. “e just wants everything back right away, and it doesn’t work that way.”

The Warriors entered the game with the Jazz riding a four-game losing streak. They have hopes of ending the negative streak and stringing together some victories before the season ends.

*Click here to hear more about the Dubs’ problems*

They are only four games left on the season after the showdown with the Jazz. If the Warriors plan on finishing with some wins, Thompson will be a vital part of the team’s success.

His leadership and productivity will be greatly needed. The task looks arduous, but it might be a lot easier than Thompson is making it. He might need to just stop pressing.