What the Pistons need to do this offseason

The 2015-2016 NBA season was a successful one for the Detroit Pistons. The team accomplished their goal of reaching the playoffs for the first time since the 2008-2009 season, they found themselves an All-Star and another player with great potential, and through various trades they maintained a team consisting of only two players at or above the age of 30. Overall, the season was one to build off of, but one difficult question remains. How are they going to do that?

How are the Pistons going to capitalize on this golden opportunity to become the next great competitors in the Eastern Conference? What can they do to live up to the expectations already being made of them to challenge LeBron James and his Cavaliers next season?

In order to be even more successful next season, and move towards their deserved spot as a top-four team in the Eastern Conference, the Pistons need to do three things. With these moves, and without any significant injuries to key players next season, the Pistons will surely sky-rocket from the 8th seed to the 2nd or 3rd, and will be the greatest challengers to teams such as the Raptors and the Cavaliers.

1) The Pistons need to have a successful draft. There are multiple positions to fill and to replace, and with the 18th overall pick, there is a lot of time during the 1st Round to determine exactly what their priorities will be. What the Pistons need most desperately is a point guard to come off the bench and play effectively behind Reggie Jackson. They have not been able to find much success in the realm of point guards coming off the bench in recent years, but that could change dramatically if they draft either Tyler Ulis, a point guard out of Kentucky, or Denzel Valentine, a shooting guard out of Michigan State who has the skill set to play either guard position.

Ulis, although only standing at 5’9”, averaged 17.3 PPG  and 7 assists per-game in his sophomore season at Kentucky, leading his team to an SEC Conference Championship and an NCAA Tournament berth. He would be a solid player to come off the bench and put in good minutes with good stats, and would also be able to learn a lot from Reggie Jackson.

Valentine, while not as fitting for the role, would still be effective for the Pistons if they used their 18th overall pick on him. At Michigan State, he averaged 19.2 PPG along with just under 8 rebounds and assists per game. Like Ulis, he led his team to a Conference Championship in the Big Ten and into the NCAA Tournament. He would be an ideal point guard to control the court in the event that Stan Van Gundy would choose to employ a small-ball lineup that can shoot and move the ball quickly and effectively.

On a less significant note, the Pistons also have the 49th pick in the second round. With that pick, they could steal a big man, because, while both Marcus Morris and Tobias Harris are extremely skilled players, neither have the build to be strong power forwards. An ideal fit for that position would likely be Kyle Wiltjer out of Gonzaga, because even at 6’10”, he has the ability to shoot the ball effectively from 3-point range just like the Pistons normally do, while also being a force in the key.

2) The Pistons need to re-sign their important players.Andre Drummond is a restricted free-agent when the offseason begins, and his All-Star skill needs to be retained. He should be given a contract that guarantees his status as a lifetime Detroit Piston. In addition to Drummond, Kentavious Caldwell-Pope should be looking at a long-term extension sometime soon.

3) The Pistons need to pursue a sustainable free agent who can replace the role of Steve Blake. If they don’t capture a reliable point guard in the draft, they should look at free agents who will be able to learn the Pistons’ system and lead the bench during the next few seasons. A few names that quickly come to mind are unrestricted free agents Rajon Rondo and Brandon Jennings. While both are All-Star caliber point guards, they would both likely be happy just to be on winning teams, as Jennings never really has been, and Rondo hasn’t done much since his championship days with the Celtics. Other than these two, Ty Lawson is an unrestricted free agent coming out of a bad experiment in Indiana. He has All-Star capabilities, and could find himself having an important role in Detroit that could rejuvenate his career and greatly benefit the entire team. 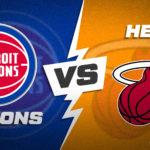 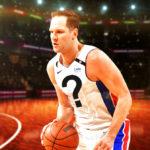 As long as the Pistons draft their missing pieces, re-sign their most key players, and find one more leader in free agency, they will build a dynasty that will last for the better part of the next decade. The 2016-2017 season is one with great potential for the Pistons to revisit their past days of incomparable dominance and overall strength, and it will be defining for the future of the organization as a whole.

This city wants it, and this city needs it. Detroit basketball is back. Let’s relive the glory days: