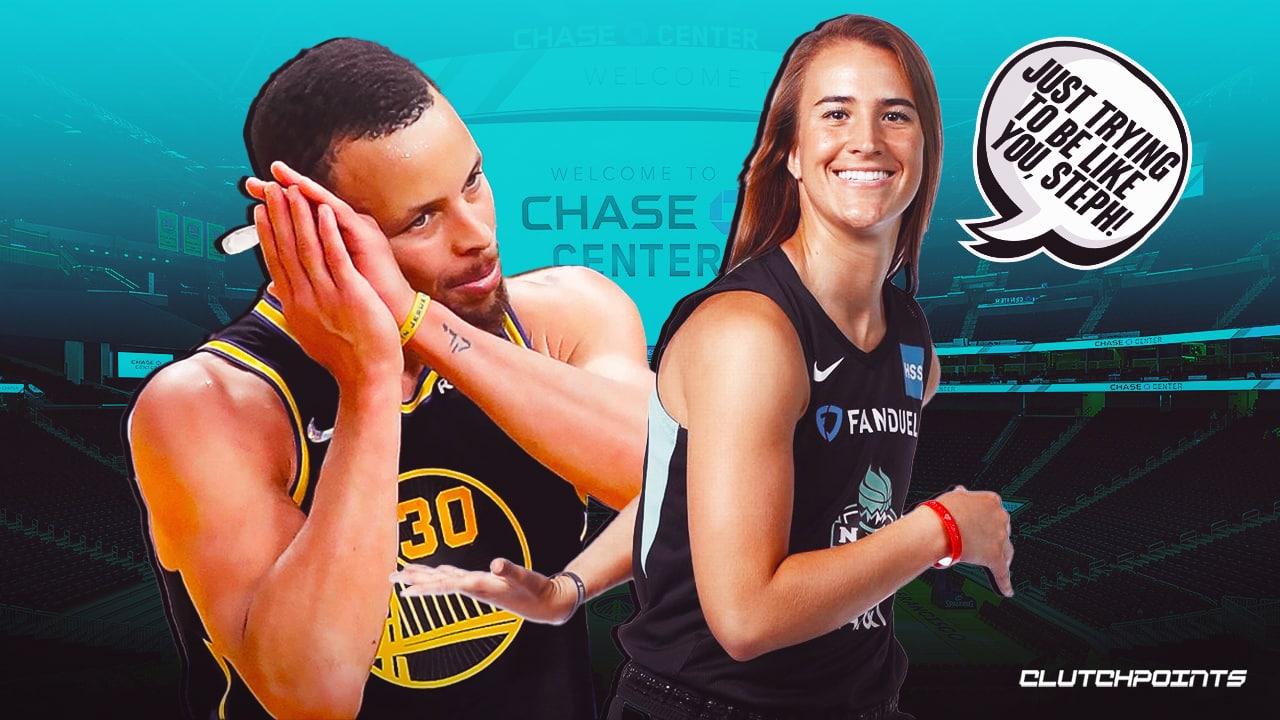 Golden State Warriors star Stephen Curry went viral after he hit the night night during the NBA Finals against the Boston Celtics. WNBA All-Star Sabrina Ionescu took notice and made sure to do the same.

In Friday night’s win over the Atlanta Dream, the New York Liberty guard drained a deep three to put the game out of reach then pulled out the Steph move. He was absolutely loving it and even reacted on Twitter:

Ionescu balled out in the victory, pouring in 21 points. She’s heading to her first WNBA All-Star Game after getting selected first overall in 2020 out of the University of Oregon.

As for Steph, well, he enjoyed winning the NBA title, celebrating at the championship parade, and beyond. Curry’s ability to let it fly from downtown has surely motivated others around the game, whether it’s in the NBA or WNBA, to have more confidence to shoot the ball from beyond the arc. Ionescu is the latest example. She’s shooting 35% from three-point land this season while averaging 16.6 points, 6.8 rebounds, and 6.2 assists per game. Talk about a Swiss Army knife.

Ionescu and Curry have built a strong relationship over the years, which is why it’s no surprise to see her pull out one of Steph’s signature celebrations. Keep making it rain, Sabrina.