Lionel Messi is now among a few elite players to ever suit up in 1000 career games for club and country, and sure enough, even the Argentine maestro couldn’t believe he would achieve the incredible feat.

The 35-year-old talisman recorded his 1000th career game during the World Cup Round of 16 when they played Australia. La Pulga started in the contest and actually opened the scoring with a 35th-minute goal to give Argentina the lead. The Argentines went on to win the showdown, 2-1.

Days after making history, Messi took to social media to react to his personal milestone. Naturally, he’s thankful for the amazing journey he has had as he shared his true feelings to play 1000 games.

“1k games already smh And always with the same illusion I felt the first time I played as a professional. Thank you very much to everyone who accompanies me on this beautiful journey,” Messi wrote, as translated on Instagram.

Lionel Messi has 169 games for Argentina (senior team), with most of his appearances (778) coming during his time with Barcelona as a first-team member. He has played in 53 games for Paris Saint-Germain to complete his 1000 games feat. 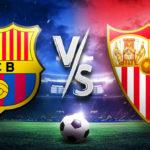 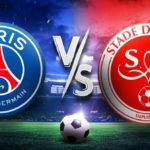 Sure enough, Messi will be hoping to extend that number in the World Cup for at least three more. They will be playing the Netherlands in the quarter-finals with high expectations of making it to the semis and the finale.

Messi has yet to win the World Cup with Argentina, so a title in Qatar would definitely be the ultimate reward for him.