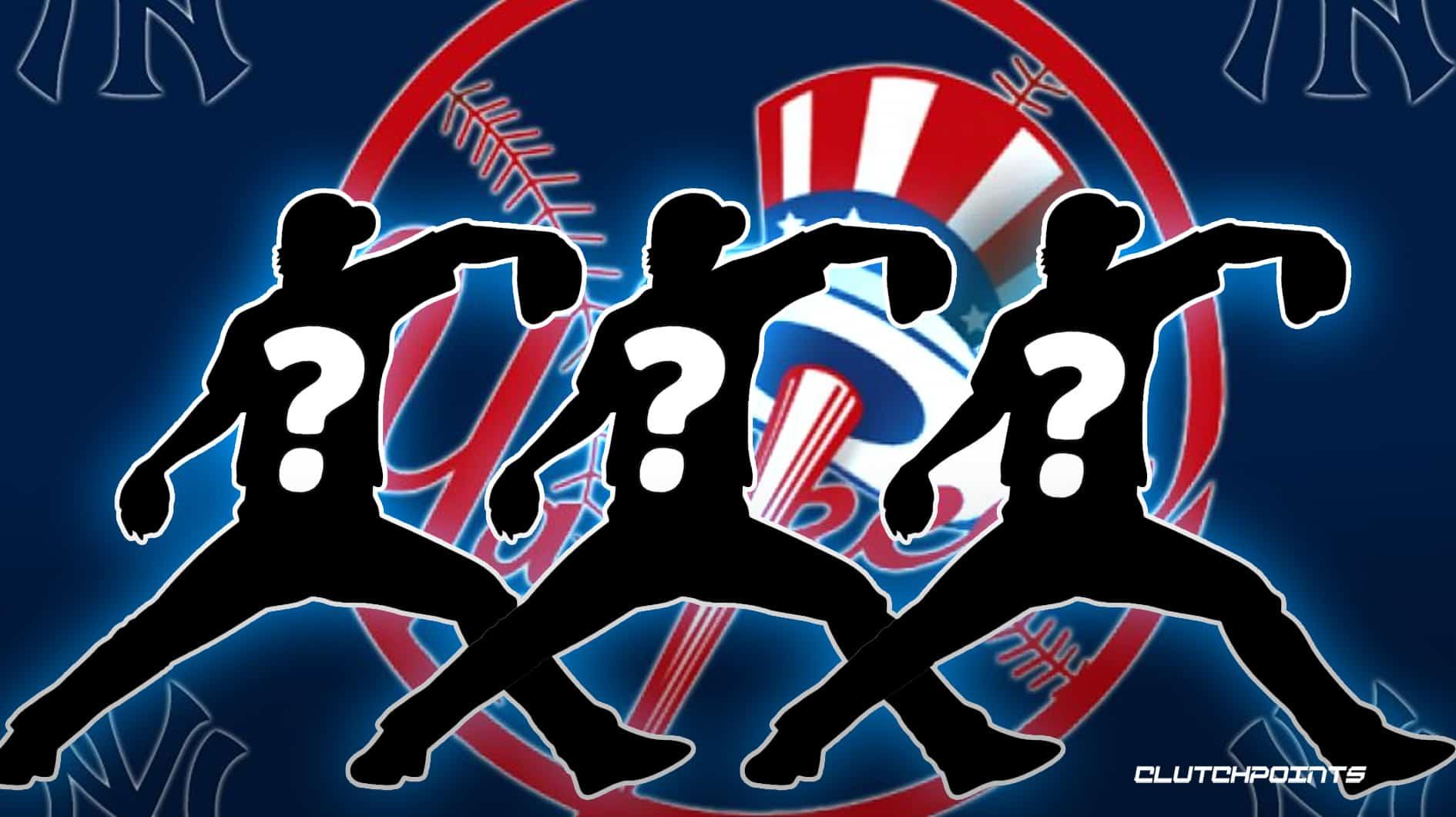 The New York Yankees‘ priorities in MLB free agency are clear. Bring back star slugger and American League MVP Aaron Judge, then look to bolster the starting rotation with a top-tier free agent.

At this point, the Yankees must still be considered the favorites to re-sign Judge, given the advantage of familiarity, as well as the simple fact that Judge hasn’t given any indication he would want to leave New York.

However, the pitching situation seems less of a certainty for the Yankees. They obviously like Jacob deGrom, though reports have indicated they are unlikely to pursue the New York Mets ace.

They like Justin Verlander, but the club feels he is likely to return to the Houston Astros once again. They also like Carlos Rodon, but the price tag for the electric left-hander is likely to soar past the Yankees’ budget.

That leaves the trade market as the only other outlet to improve the rotation.

Or the Yankees could run back the rotation they put out on the field last year- likely sans Jameson Taillon- already one of baseball’s best and look to improve a bullpen that became an Achilles heel down the stretch of the season and into the playoffs.

New York’s ‘pen was plagued by injuries and ineffectiveness late last year, turning a club strength into a weakness. But the Yankees surely have the financial means to improve the bullpen depth while also bringing back The Judge.

If New York whiffs on each of the top-tier starters, here are three free agent relievers they must target.

Alex Reyes, a flamethrowing right-hander, was recently non-tendered by the St. Louis Cardinals after an All-Star season in 2021. So, what gives?

The Cardinals believe he will miss the part of this upcoming year, likely part of the reason they cut bait with the talented righty.

Reyes’ injury history is lengthy, as he has dealt with elbow, lat and shoulder injuries over the years. But the upside is undeniable.

The 29-year-old routinely hits the upper 90s on his fastball and has been known to break triple digits on the radar gun. He also possesses one of the very best sliders in the game, as well as an underrated curveball.

Might the Yankees want to take a chance on Reyes, a hard-throwing, starter-turned-reliever, in the hopes that he can become an Aroldis Chapman-like weapon in their bullpen?

Reyes won’t be commanding a large contract- and the Yankees can certainly make room for him in their ‘pen. He could close for New York, he could be a swingman reliever, or he could be a fireman of sorts of Aaron Boone.

It’s a risk the Yankees should consider taking.

The Yankees need left-handed relievers in MLB free agency. Zack Britton, a free agent, isn’t likely to return to New York after injuries robbed him of his availability.

That would leave just two left-handers- Wandy Peralta and Lucas Luetge. Both are dependable and had fine seasons, though one can imagine the Yankees would like to have more southpaws to utilize out of the ‘pen.

If looking for a dependable option, the club should look no further than Brad Hand. Hand, 32, pitched effectively for the Phillies this year, recording a 2.80 ERA and five saves in 45 innings pitched.

Hand allowed just 0.4 home runs per nine innings and has a proven ability to induce ground balls in his career, something that would appeal to the Yankees, considering the dimensions of their home ballpark.

The southpaw also has closing experience- and could assume that role in a pinch if injuries strike the Yankees bullpen once again in 2023.

The Yankees should look into Hand as a potential free agent target.

Let’s be clear. Clay Holmes earned the Yankees’ closer job last year with a lights-out first half. Holmes was an All-Star.

But there has to be at least a little bit of unease about Holmes, given the way his second half played out. As electric as Holmes’ 1.31 ERA and 16 saves were in the first half, that’s how bad his 4.84 ERA and four saves looked in the second.

If the Yankees are uneasy about Holmes holding down the ninth inning, they can look to perhaps the most proven closing option out on the market: Kenley Jansen.

Jansen, 35, sits eighth on the all-time saves list and has made three All-Star teams while winning a World Series with the Los Angeles Dodgers.

This is a guy who knows how to pitch in big games and won’t be fazed by the bright lights of New York. Some pundits have observed a slight dip in Jansen’s performance, but a 41-save season and 32.7 percent strikeout rate in 2022 suggest there’s plenty left in the tank for the veteran hurler.

As the best relief pitcher left on the market, Jansen won’t come cheap. But the peace of mind he would provide the Yankees with in the ninth inning is arguably priceless.