Once the clearance came in that C.C. Sabathia could resume baseball activities last week, talks to move Sonny Gray picked up with a number of teams. Jon Heyman reported that six teams were discussing Gray with the Yankees.

Today, Heyman reported that the Yankees are continuing to look for starting pitching for 2019 while they also shop Gray.

Gray has been oft-shopped this offseason, only delayed while the Yankees waited out the news on Sabathia. After sending three prospects to the Oakland Athletics in July of 2017 to acquire Gray, his time in New York has not gone well, producing a 4.51 ERA and 1.42 WHIP over 195 2/3 innings in the second half of 2017 and 2018.

Gray’s change of scenery could be needed, but it would leave the team with depth issues in their rotation. 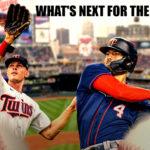 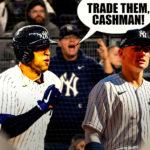 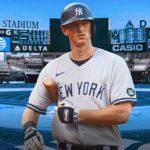 Per Roster Resource, the Yankees rotation is currently Luis Severino, James Paxton, Masahiro Tanaka, J.A. Happ, and C.C. Sabathia with Gray as the sixth man. While the need for a sixth man in the rotation may not seem a high priority, with the injury history of Paxton and advanced ages of Happ and Sabathia, extra depth is a needed thing, and the Yankees farm system has options, but none at the level of a team aiming to take down the defending World Series champion Boston Red Sox.

One intriguing option for the Yankees could have surfaced this week, as Dennis Lin and Ken Rosenthal of The Athletic reported that the San Diego Padres were looking to acquire Corey Kluber, but only for the purpose of flipping him. The two-time Cy Young Award winner would be a good target for the Yankees to set atop their rotation.