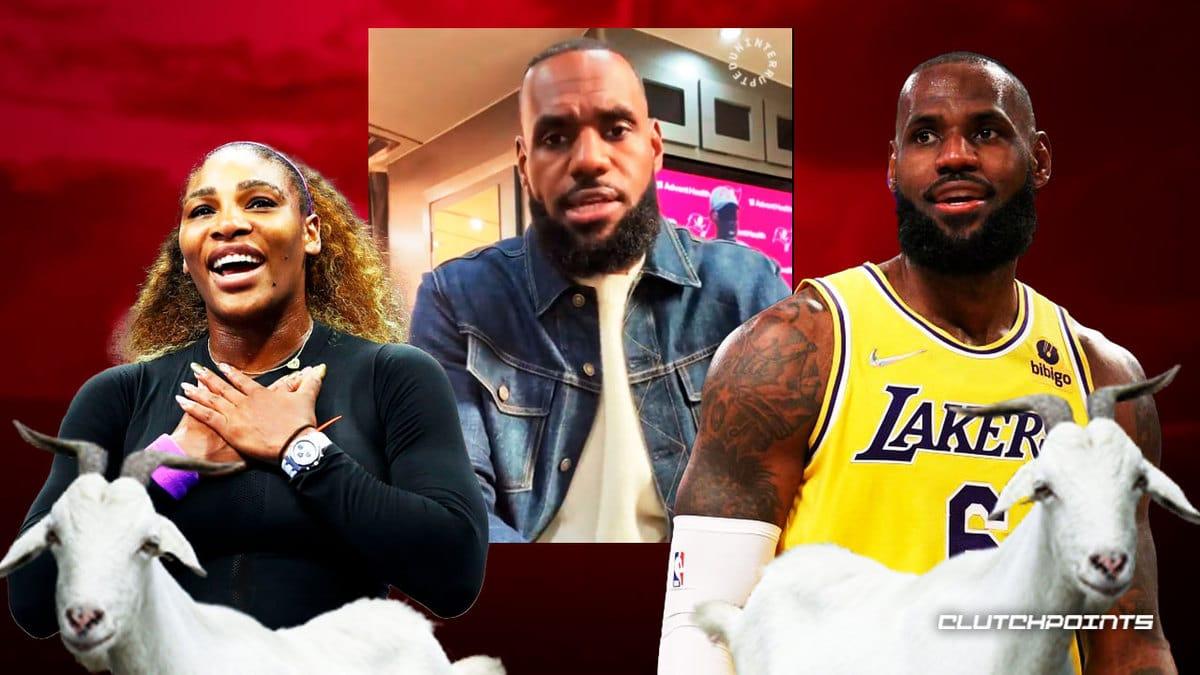 Los Angeles Lakers star LeBron James surely knows how to lift up his fellow athletes. After Serena Williams suffered a crushing defeat to Ajla Tomljanović in three sets, marking Williams’ exit from the prestigious US Open, LeBron quickly shared his thoughts on the tennis legend, honoring her career and thanking her for her vast contributions to the world of sports.

In a video posted by UNINTERRUPTED, LeBron called Williams one of the greatest-of-all-time, extremely high praise from someone who knows a thing or two about greatness.

LeBron James with a message to the GOAT, Serena Williams 🙌🏽🐐

LeBron James continued to beam with pride for what Williams has achieved in her illustrious career.

“[It’s been an honor] to watch you conquer all the goals you ever set out, to see you break records, to see you be amazing and transcendent, not only on the tennis court, but off,” LeBron added.

LeBron James and Serena Williams, quite notably, have always been outspoken about their support for racial equality for the African-American community. LeBron’s philanthropy and crusade against the “shut up and dribble” crowd have made him a champion for empowering African-Americans, and Williams rose as an inspiration for young black athletes to continue their sports dreams.

Williams, winner of 23 grand-slam titles, leading women’s tennis has performed at an elite level for so long. Now 40 years old, it seems as if her first grand slam victory in 1999 was just yesterday.

“I just want to say thank you for just being this inspiration for so many and never putting yourself out there where you didn’t feel like you were the greatest. Win, lose, or draw, [it] didn’t matter, we all knew [Serena] is the greatest,” LeBron expressed.

Williams, who is now starting at her retirement, has been getting all the love recently, and for good reason. LeBron, now 37 years old, will surely receive just as much love, if not more, once he decides to hang ’em up, but that might not be for a long time, as he still has plans to play with his sons in the future.