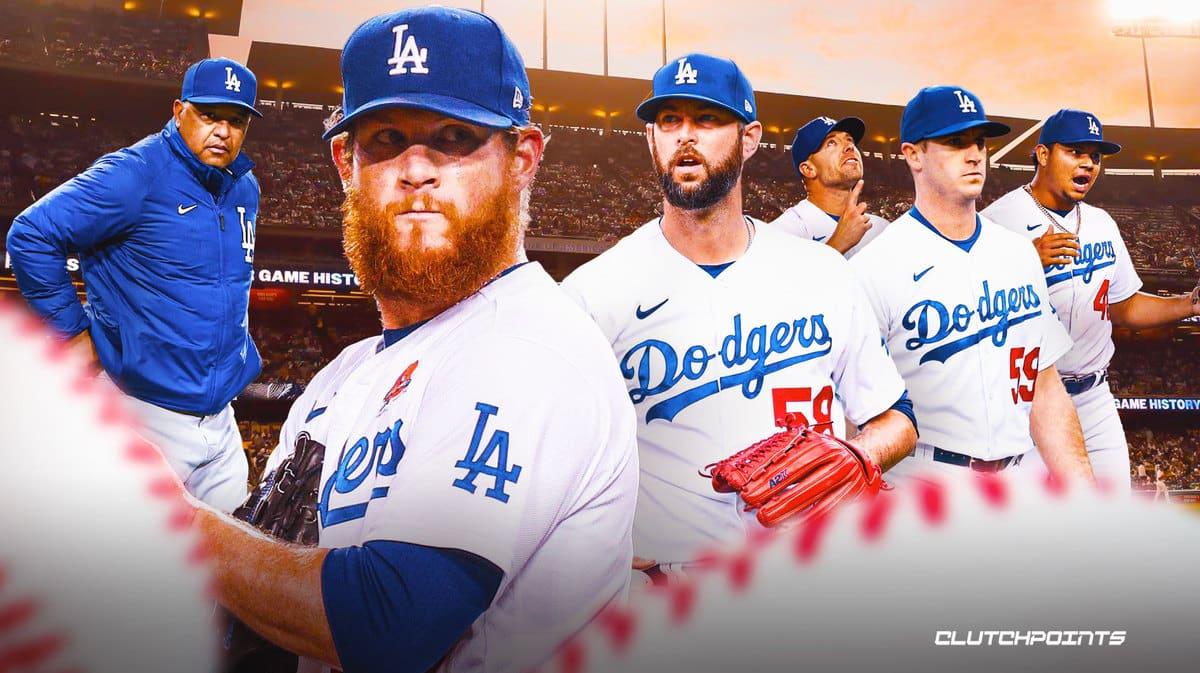 The Los Angeles Dodgers recently demoted Craig Kimbrel from the closer role. Kimbrel posted an ERA of over 4 while converting 22 out of 27 save chances. Now Dodgers fans and personnel are wondering what is next for LA’s bullpen. Will they go to a closer-by-committee, or are the Dodgers going to implement a specific reliever to close out games.

Here is a look at the 2 best options to close out Dodgers games.

Evan Phillips has been magnificent in 2022. He was relatively unknown prior to the season, and even now he is undervalued. But the Dodgers are well aware of what he’s accomplished this year.

Phillips has posted a jaw-dropping 1.24 ERA and 0.74 WHIP, per MLB.com. Phillips has held opponents to a .149 batting average while striking out 68 batters compared to just 14 walks. His control of the strike zone and low WHIP makes him a reliable option to work the 9th for Dave Roberts’ bullpen.

With that being said, the Dodgers value him in earlier inning roles. Roberts can either continue to utilize him in the role he’s already in, or move him to the 9th inning. Either way, Evan Phillips will be a force moving forward for LA.

Chris Martin is another option. But Brusdar Graterol may be the guy for the Dodgers ‘pen. Graterol was recently activated from the IL and should be fresh and ready to roll. He owns a sup-3 ERA to go along with 0.92 WHIP and 40 strikeouts. Graterol’s improved command is a major reason for his success.

With that being said, LA may opt to use Graterol in a multi-inning reliever role. He has starting experience so could be someone who works multiple innings if a Dodgers’ starting pitcher falters.

But if we are being completely honest, Brusdar Graterol has some of the best stuff in this bullpen and could develop into a superstar closer.

Chris Martin has been fantastic and Blake Treinen would probably be the favorite for the role if he was not injured. Treinen is a veteran with closing experience, however, his injury timetable is unclear.

As for Martin, he has a 1.71 ERA. But Martin is a vital middle inning reliever. The Dodgers could use him in the 9th, but I’d like to see them keep Martin is his usual role.

Closer-by-committee for the Dodgers?

A closer-by-committee is a legitimate option. We just named multiple pitchers who would all be exciting closer options for the Dodgers. Dave Roberts would be able to mix and match and knowing Roberts’ style of managing, the closer-by-committee may be the most likely course of action.

But Evan Phillips and Brusdar Graterol are pitchers who would do a tremendous job of replacing Craig Kimbrel in the closer’s role. One example is Julio Urias’ bullpen usage in 2020.

Urias closed out the 2020 World Series for LA. He obviously did not stick in the bullpen, as he’s currently in the NL Cy Young race as a starting pitcher, but it was his presence in the 9th inning that played a pivotal role in the Dodgers’ World Series clinching game.

Regardless of how Dave Roberts chooses to manage his bullpen, there is no denying the fact that the Dodgers’ relief core is amongst the best in baseball. Their bullpen will play a major role in their path towards winning the 2022 World Series.