The New York Giants are well on their way to another losing season. General manager Dave Gettleman has made little to no progress since taking over in 2017.

In many ways, the Giants’ future has been harmed terribly by Gettleman’s awful decision-making.

Now is not the time to make a big splash at the trade deadline, as no big name will be enough to propel the Giants to the playoffs, even if the team suddenly gets much luckier with injuries. The way that New York can win at the trade deadline is selling off their key veterans for future draft capital, taking flyers on players that could play a part in their ongoing rebuild or adding veteran players on cheap contracts that can help the team stay watchable for the duration of the season.

The league’s trade deadline on Tuesday, November 2 offers a small window for Gettleman to tweak his roster. NFL Network’s Ian Rapoport listed a handful of names who may be available for trade. There are two targets that New York should inquire about.

The Giants’ pass rush so far, to put it simply, has been atrocious. They should start stocking up on options that could help, and the Seattle Seahawks’ L.J. Collier could be a relatively cheap option worth trying out. Per Rapoport:

“A former first-rounder, Collier has only been active for two games this season after collecting three sacks last year. The Seahawks have had discussions centered around Collier at various points this season and prior to it, and Collier is just 26. A fresh start may make sense for all sides, especially with plenty of teams needing edge help.”

A first-round pick in the 2019 draft, Collier has been unable to find significant playing time with the Seattle Seahawks. The price to acquire may be rather low right now, which is a perfect situation for the Giants to swoop in and acquire him. With rookie edge rusher Azeez Ojulari performing pretty well, New York would be wise to begin looking for his future pass-rushing partner.

Moving from the win-now setting in Seattle to the less competitive situation with the Giants may offer Collier the time and patience he needs to tap into his potential. If New York wants a reliable option at pass rush while they plan to address the edge long term, they could add Melvin Ingram from the Pittsburgh Steelers. 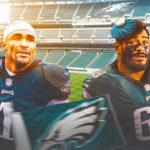 Philadelphia Eagles’ offensive line suffers a blow ahead of Week 5 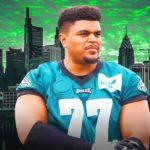 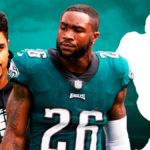 Making a deal with the Philadelphia Eagles, their division rival, for offensive tackle Andre Dillard seems unlikely. But the Giants should certainly look to bolster their offensive line, a unit that they have had no success improving during Gettleman’s tenure.

Left tackle Andrew Thomas, the 4th overall pick in 2020, showed serious improvements after an iffy rookie campaign. Unfortunately, he was recently placed on the injured reserve list due to injuries to his left foot. As he takes time to recover, New York should consider finding someone to supplant him going forward that can also play alongside him once he returns.

According to Rapoport, the Eagles want a second-round pick in exchange for Dillard. That price can be easily met by the Giants, who own their second-rounder, though they could easily negotiate for a smaller price for the lineman that lost his spot to a seventh-round selection. New York could propose sending Philadelphia a future second-round pick or offer one of their two third-round picks in the 2022 draft.

Taking a flyer on Dillard is obviously a risk but it’s one the Giants can afford. There isn’t that much room to get any worse on the offensive line. Dillard has shown flashes of being a starting-caliber player and is currently 26-years-old.