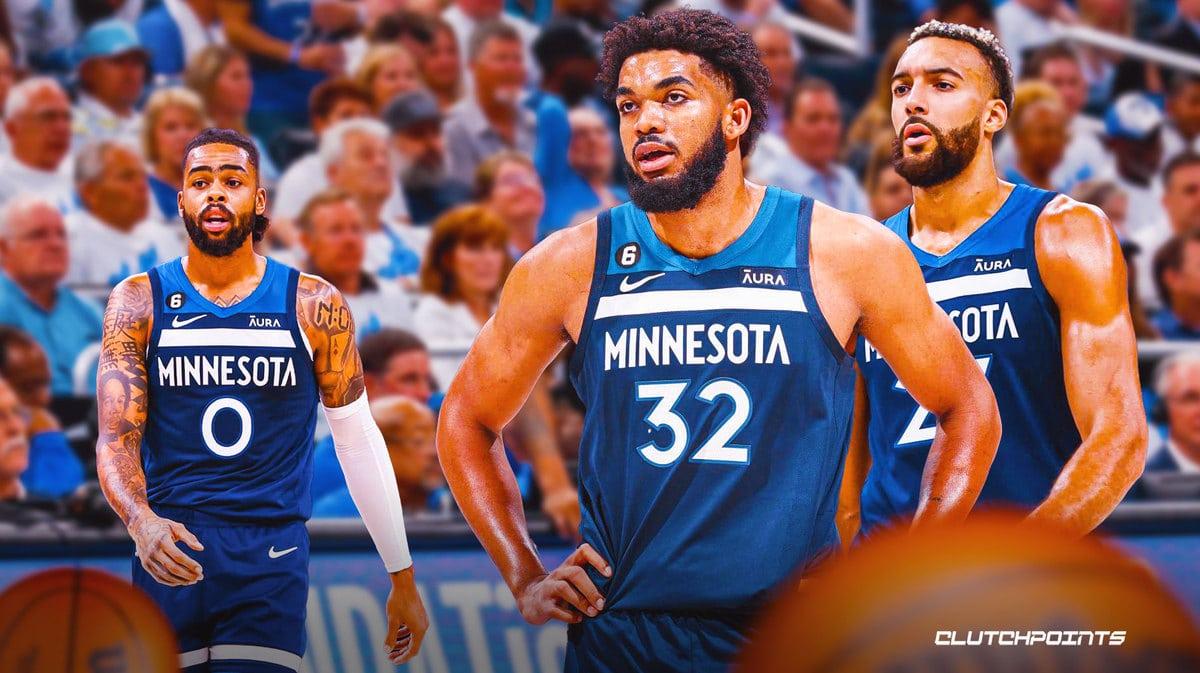 Coming off a busy summer where they went all-in on trading for All-Star center Rudy Gobert and added savvy vets Austin Rivers, Kyle Anderson, and Bryn Forbes, the Minnesota Timberwolves came into the 2022-23 NBA campaign with high expectations. After getting off to a 8-8 start through the first four weeks of the season, it’s safe to say that it’s been anything but smooth sailing for Minnesota.

Considering that the Timberwolves have title hopes for this season and were hoping to form a lethal big man duo with Gobert and Karl-Anthony Towns, it would be a grave understatement to say that they’ve underperformed up to this point. Now it is still early in the season and there’s certainly room for improvement.

However, something needs to change and fast or the Timberwolves may sink too low in the standings and not to make it back into the playoff picture – especially in the ultra-competitive Western Conference. On that note, let’s take a look at the five people most to blame for the Timberwolves’ disappointing start.

Fresh off a successful stint as the president of basketball operations for the Denver Nuggets where he saw a ton of success, Tim Connelly went right to work and made a play for Gobert in a blockbuster trade with the Utah Jazz. Given how much the team gave up to acquire Gobert, it’d only seem fair that they see immediate return on their investment.

When taking into account how much star power this team now possesses, it’s only logical to place some of the blame onto Connelly. Afterall, he did go big for Gobert and forfeited four players and four future first-round draft picks when he dealt for the 3-time NBA DPOY. Connelly is still coming into his own with the Timberwolves and does have an impressive track record with previous NBA front offices.

On the other hand, he shouldn’t be completely voided from the blame just because of his past successes. Furthermore, things may start to pan out as the season wears on, but for the time being he’s definitely responsible for some of the shortcomings Minnesota has endured through the early goings of the 2022-23 NBA season.

As an All-NBA caliber talent and one of the best big men in the league, Karl-Anthony Towns should be able to adjust his game and form a dynamic 1-2 punch with Gobert. Unfortunately for the Timberwolves though, this has yet to happen for them and it doesn’t seem like it’s going to change anytime soon. So far this season, KAT’s averaged 21.9 points per game which is down from last season (24.6 points per game).

His ability to space the floor with limitless scoring range mixed with his rebounding and strong finishes at the rim have all been major assets for the Timberwolves in previous seasons. Unfortunately for the Timberwolves, he hasn’t been able to bring his A-game this season and his play has been inconsistent as a result. At times it seems like there’s also been overkill in the paint and he’s just out of place playing alongside Gobert.

Not to mention he’s already had a history of being somewhat of a defensive liability. Despite having an overall defensive rating of 108.9, Towns has still played well below his potential and hasn’t been the dominant force he’s been known to be. So one thing’s for certain and it’s that KAT needs to change his tune if the Timberwolves are to make any progress this year.

Widely considered the biggest acquisition of the 2022 NBA offseason, Rudy Gobert definitely has not lived up to the hype for the Timberwolves through the early part of the year. Similar to what Towns has struggled with, Gobert has also not been a good fit in Minnesota’s frontcourt rotation.

Granted he has made significant plays on the defensive end and provided them with some timely rim protection, rebounding, and scoring in the paint. Coming off a campaign where he had the best defensive rating in the league at 103.2, Gobert clearly hasn’t brought this same intensity for the Timberwolves.

On top of all this, Gobert doesn’t seem to mesh well with Karl-Anthony Towns and it seems to cause dysfunctional play on both ends of the court. Given that Gobert was viewed as a game-changing addition to their roster, he’ll have to make some serious adjustments if he wants to turn things around and help the Timberwolves get back on the winning track.

During his time with the Utah Jazz, Donovan Mitchell  was heavily criticized for not passing the ball to Rudy Gobert enough in pick-and-roll situations. In 125 pick-and-roll plays run by the Minnesota Timberwolves, Anthony Edwards has only dished the ball to Gobert four times. There’s no denying that he’s a bona fide superstar that will continue to dazzle throughout his playing career, but his fit with Gobert hasn’t been the greatest to say the least.

Edwards has posted season averages of 22.1 points, 5.8 rebounds, and 3.9 assists on 45.8% shooting from the field, but is still hasn’t been enough to catapult the Timberwolves into the upper echelon of the Western Conference. Moving forward, Edwards will need to find a way to make it work with Gobert and include his teammates in more of Minnesota’s offensive schemes.

Currently in the midst of a historically bad season, D’Angelo Russell definitely carries the burden of the blame for Minnesota’s sub-par play. It’s still early into the season and Russell could still pick things up, but all year long his play has been passive and hasn’t been impactful for the Timberwolves by any means.

With a season average of 14.5 points per game and 6.2 assists on just 33.0% shooting from beyond the arc, Russell has vastly underperformed and seen his numbers take a massive drop from last season. Now that the Timberwolves have made it clear that they want to compete for an NBA championship this season, Russell’s stagnant performance definitely won’t cut it for them and sadly enough he’s most at fault for their sluggish start to the 2022-23 season.