Green Bay Packers quarterback Aaron Rodgers is a man of the people. His spectacular skills on the gridiron have brought him respect and recognition among NFL fans and players alike. He’s at the top of his game right now, and his 2020 MVP trophy is tangible proof of that. Rodgers’ ascent has also made him a more visible figure off the field as well. Aaron Rodgers has made headlines for his relationship with girlfriend and Hollywood actress Shailene Woodley. 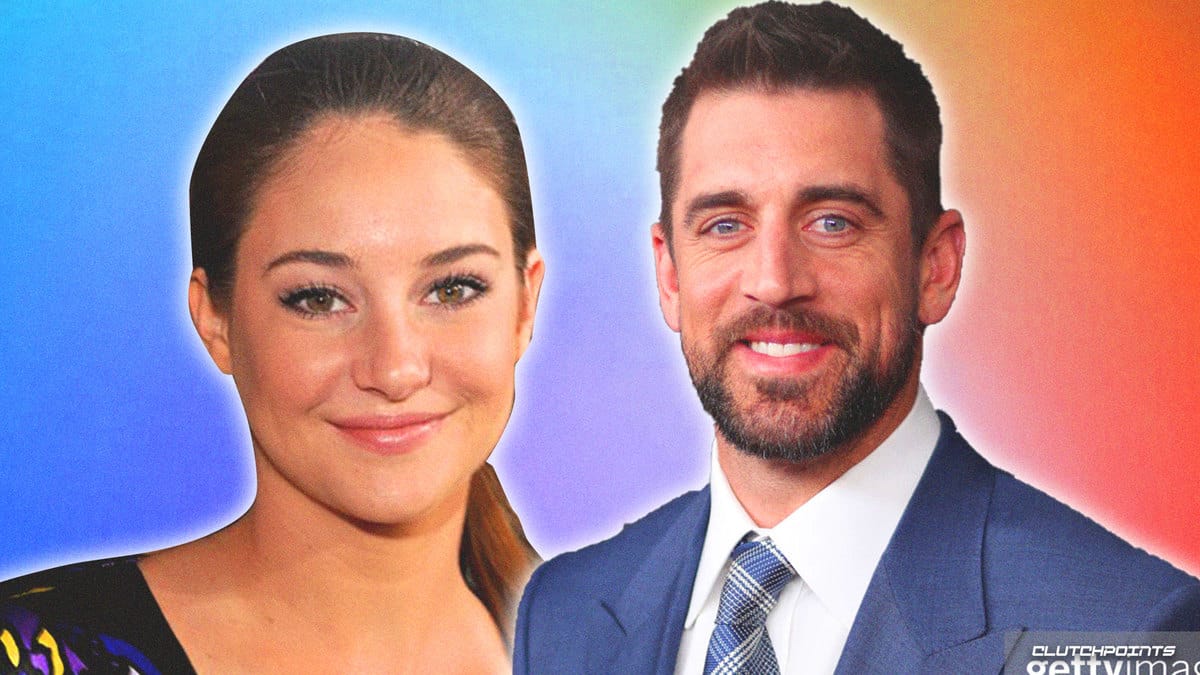 For those of you who don’t recognize her off the bat, Shailene Woodley is pretty well-known as an actress in her own right. She caught her biggest acting breaks in 2014 for two of her best known roles. Woodley became the face of the Divergent movie franchise in her lead role as ‘Tris”, the main character in the popular book adaptation written by Veronica Roth.

She also starred as Hazel Grace Lancaster opposite Ansel Elgort in the YA favorite “The Fault in Our Stars”, another book-to-movie adaptation, this time from the work of author John Green.

After her breakout year in 2014 and a few more roles, she took a brief acting hiatus in late 2015 onwards after hitting a wall in her career. But she came back under the spotlight alongside big names such as Reese Witherspoon and Nicole Kidman on hit HBO drama Big Little Lies.

“There was a point in my life, right before Big Little Lies, where I had hit a wall with acting. I felt it was time to do something different. I called my agents and said, ‘Please don’t send me any more scripts; I need to explore other avenues.’ They respected me and didn’t send me anything for almost a year until Big Little Lies. I didn’t know what it was or who was involved, I just said, ‘Thanks, I’m still not interested. But then I read it, fell in love with it, and Laura Dern, who I had worked with on The Fault in Our Stars, called me and that was really the push.”

Her dedication to her craft makes her a perfect match for Rodgers, who’s just as motivated to perform at the highest level on his own stage – the football field.

Rodgers and Woodley have come on strong in 2021 as the newest sports power couple. However, rumors linking the two together were making the rounds since July of 2020. Back then, Rodgers was still reeling from his two-year relationship with NASCAR race driver Danica Patrick.

In an interesting twist of fate, it was Patrick who actually introduced Woodley to her quarterback ex-boyfriend in the first place. It wasn’t long after the July breakup news that Rodgers-Woodley started making the rounds, both literally and figuratively. The two were spotted together in Lake Tahoe getting extra comfortable with one another.

“It seemed like Aaron had found his perfect partner in Danica Patrick. Danica had no idea when she introduced actress Shailene Woodley to Aaron that Shailene would make a play for him. Shailene and Aaron were quite cozy this past weekend in Tahoe. Looks like Aaron traded to a much younger girlfriend.

The two made things official in February of 2021, when numerous media publications caught wind of their relationship.

“They have kept things private and low-key,” an anonymous source told the E! News, adding that they’re “focused on their careers but they also make time for each other.”

People and Us Weekly corroborated the report, revealing just how the couple developed further amid the pandemic.

“They started off as friends, but things have turned romantic,” a source told the latter publication.

They added: “The two are staying in contact while they are living away from each other. The relationship is long-distance for right now, but they are making it work.”

Just a few days after the couple announcement came in February, Rodgers dropped a huge bomb during his 2020 NFL MVP acceptance speech – his engagement to Shailene Woodley.

Read through it or listen for yourself:

“2020 was definitely a crazy year, filled with lots of change, growth, some amazing memorable moments, 180 straight days of having my nose hairs scraped, playing for very little fans,” he said in his acceptance speech. “I got engaged and I played some of the best football of my career.”

In an interview with Jimmy Fallon a couple of weeks later, Woodley revealed that the engagement wasn’t actually “new news” and they had in fact been engaged “for a while.”

She even had a hilarious take on Rodgers’ job, which actually is just chucking an egg-shaped ball around a grass field, if we’re being honest:

“I never thought I’d be engaged to somebody who threw balls for a living,” Woodley said.

Packers fans can only hope that Rodgers’ relationship with Woodley thrives to ensure that the QB stays sharp on the field. Keep throwing those balls, Aaron Rodgers.

JUST IN: The 3 unsung heroes of the Bulls in 2022
Related TopicsAaron RodgersPackersShailene Woodley