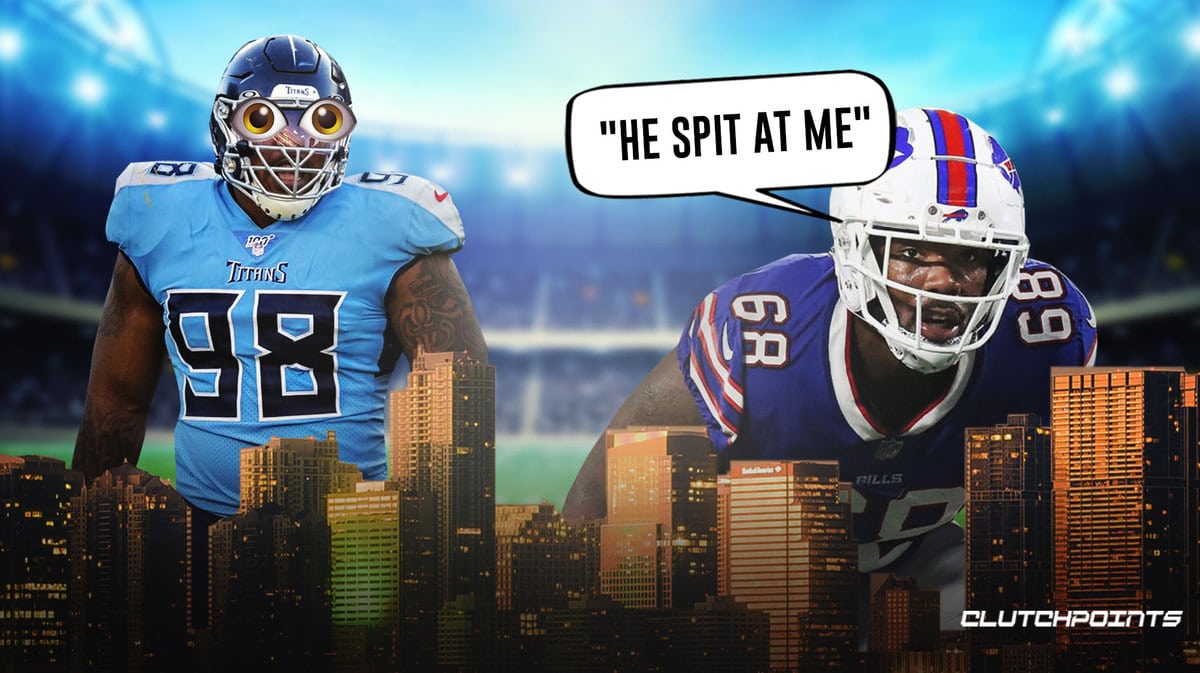 The Buffalo Bills thrashed the Tennessee Titans in their Week 2 matchup by a score of 41-7. While not many folks were tuned in towards the end of the game given it’s blowout nature, there were some fireworks in the aftermath of the game when Bills offensive lineman Bobby Hart threw a punch at a Titans player in the tunnel heading off the field, but ended up hitting one of the Titans assistant coaches instead.

Hart ended up getting a one game suspension, which he appealed. In the appeal hearing, Hart claims that Tennessee’s star defensive lineman Jeffery Simmons spit on him during their game, which ended up leading to the altercation between Hart and the unnamed members of the Titans organization after the game.

“During the hearing, per sources, it was alleged that there’s a video from the game that shows Simmons apparently spitting on Hart, which led to the confrontation following the game during which Hart inadvertently made contact with an unnamed Titans assistant coach.” – Aaron Wilson, Pro Football Network

This is certainly a serious claim levied by Hart, and could lead the NFL to take a closer look at the incident. For what it’s worth, Derrick Brooks, who was the hearing officer for Hart’s suspension appeal, held up Hart’s suspension, meaning he will miss Buffalo’s upcoming game against the Miami Dolphins in Week 3. But that doesn’t necessarily mean this incident is fully in the rearview mirror.

Hearing officer Derrick Brooks, jointly appointed by the NFL and NFLPA, has affirmed the one-game suspension for #Bills OL Bobby Hart — who was suspended for attempting to take a swing at an opposing player, but accidentally hitting a #Titans coach.

The NFL will likely take a closer look at Hart’s claims to see if this did indeed prompt him to attack the player on the Titans, even though his suspension has been upheld. So while it may seem like Bobby Hart’s suspension being affirmed will end this incident, it doesn’t look like this will be the last we hear of this postgame skirmish.