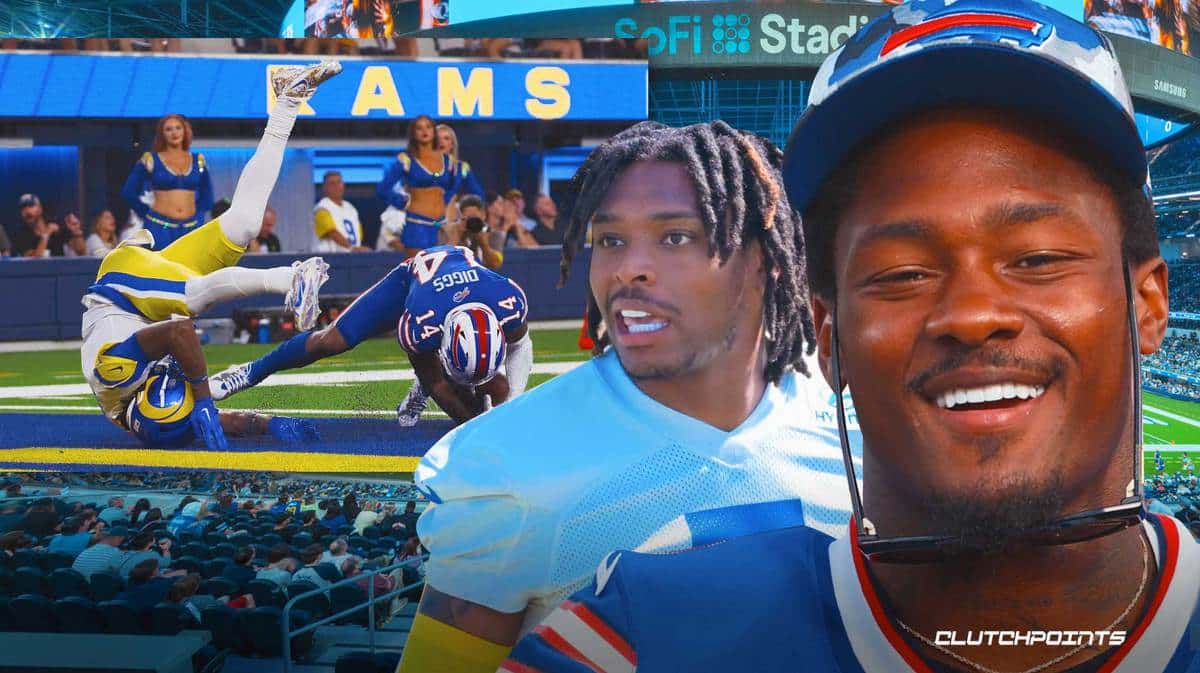 If you get wrecked in your season opener, in front of your home crowd, as the reigning Super Bowl holders, then yes, some clowning is a bit deserved, and that’s what Jalen Ramsey and the Los Angeles Rams took from the hands of Josh Allen, Stefon Diggs, and the red-hot Buffalo Bills, who won 31-10 in front of a packed SoFi Stadium.

With 9 minutes left in the fourth quarter and the Bills leading 24-10, Allen waded through the Rams’ pass rush and threw a risky pass on 3rd and 4 across the field to Diggs, who got behind the Rams’ backline for a loud touchdown that broke the game wide open, if it wasn’t out of reach already.

Josh Allen is that dude. pic.twitter.com/DS63sjBLPX

Stefon Diggs may have been made aware of Ramsey’s lack of respect towards his star quarterback (calling Allen “trash” four years ago) so he immediately leaped to his feet and had some words to say towards Ramsey’s direction.

👀 @stefondiggs popped up and immediately had some words for Jalen Ramsey after beating him for a 53-yard touchdown pic.twitter.com/q1CrFUh3Ra

It also probably didn’t help that Ramsey chose not to pay respect to Stefon Diggs when he was asked about the 28-year-old wide receiver’s game. Quite simply, Allen, Diggs, and the Bills probably had this date circled on the calendar for the longest time, taking every ounce of motivation they can get from whichever source, and no one can say it hasn’t been successful. Allen had one rushing and three passing touchdowns, while Diggs ran rampant against Ramsey all night long, catching eight passes for 122 yards and one touchdown.

It’s been entertaining to watch the birth of a heated rivalry, and maybe, after a crushing defeat, Ramsey would eat his humble pie and stop giving his opponents bulletin board material.