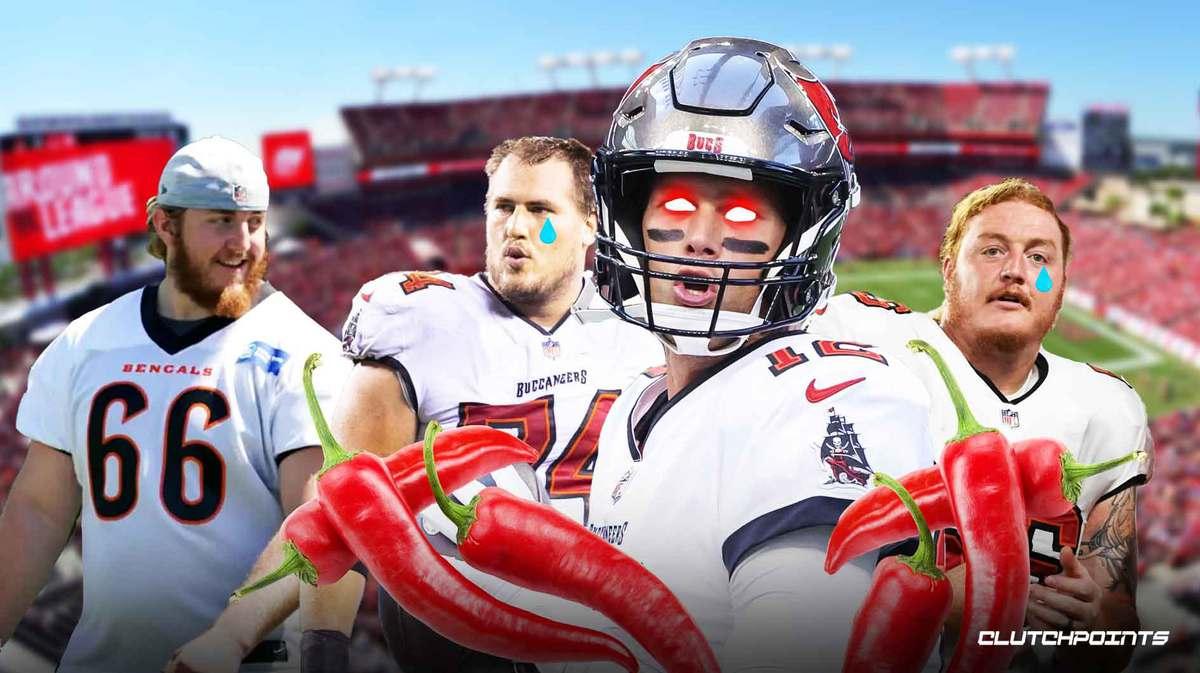 The legendary Tom Brady, who turned 45 years young just over a month ago, knows that his playing days are numbered, and the serial winner would very much like to go out on top with the Tampa Bay Buccaneers before riding off into the sunset with the 10-year $375 million deal he signed with FOX Sports to join the broadcast booth.

Brady, the seven-time Super Bowl winner, has stayed great for so long because he has remained motivated to compete at the highest level, even as he enters his 23rd NFL season. Brady could only hope his teammates stay as determined as he is, and he’s surely playing his part in making sure his teammates, specifically his O-line, are up to the task.

On season two of SiriusXM’s Let’s Go! with Tom Brady, Larry Fitzgerald and Jim Gray, Brady revealed the spicy motivation tactics he’s been using to inspire his unheralded O-line, especially after the retirement of Ali Marpet, injury to Ryan Jensen, and the departure of Alex Cappa.

“Every time someone says they suck, and they can’t do anything, I’ve tried to show it to them. And say, ‘this is what they’re all saying about you. What do you guys think? What are you going to do about it?’,” Brady said. “[…] We’re gonna be in a position with the O-line where I hope they take it to heart all the things that people have said about them, which is not always the most flattering things.”

For his career, Tom Brady’s had his fair share of naysayers that helped him propel his game to even higher levels. Brady hopes the doubt surrounding the Buccaneers’ O-line will have the same, unintended effect. Nevertheless, Brady knows it will be a team effort to fill the shoes of those who are no longer able to contribute to Tampa Bay’s cause.

“But it’s gonna be like all players, you know, no one makes every, I certainly don’t make every throw great. I don’t make every read great. I’ve thrown plenty of interceptions. You can’t expect these young tight ends or young running backs or young linemen to get everything right because they’re going up against a lot of great players and those great players are gonna challenge them,” Brady added.

The Buccaneers O-line will be tested soon enough, as Tom Brady and the Buccaneers are set to face the Dallas Cowboys on Sunday, September 11, at 8:20 PM ET.