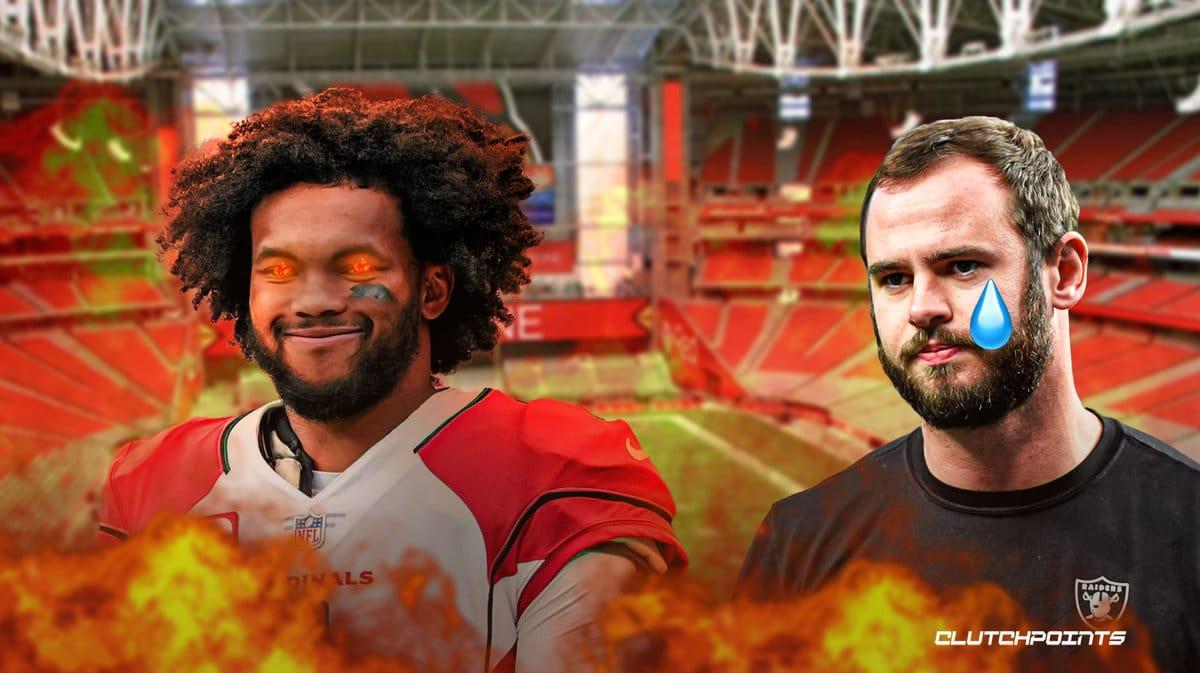 The Arizona Cardinals entered Sunday’s game coming off a deflating loss in their season opener against the Kansas City Chiefs. On Sunday, they were staring 0-2 in the face. They looked completely lost both on offense and defense and trailed the Las Vegas Raiders 23-7 entering the fourth quarter.

That’s when the game turned. Cardinals QB Kyler Murray engineered an unreal comeback that sent the game to overtime. In overtime, the Cardinals turned the ball over on downs. The Raiders were driving for the game-winning score when a miracle happened. Hunter Renfrow caught a pass along the sideline and took a big hit. He fumbled and Byron Murphy scooped it up and ran it back for a 59-yard game-winning touchdown.

SCOOP AND SCORE FOR THE WIN!

Cardinals score 22 unanswered points in the 4th quarter and OT to win! #AZvsLVpic.twitter.com/9sHEfc3Bhl

But long before Murphy won the game for the Cardinals, Murray pulled one rabbit after another out of his hat. With just over eight minutes left, Darrell Williams scored from a yard out. Murray then rushed it in for the two-point conversion. But the play was something to be seen. It lasted 20 seconds, as Murray broke tackle after tackle, showing his wizardry.

But that only cut the deficit to 23-15. After getting a stop, Murray and the Cardinals got the ball back. They put together another great drive and on the final play of regulation, Murray ran it in again for the touchdown. Once again, the two-p0int conversion was all Kyler. This time, he fit the ball into a tiny window to A.J. Green for the conversion. That sent the game into overtime.

Raiders fans were stunned. That all set up the Murphy play in overtime which might have saved the Cardinals’ season. One thing is clear after the win, Murray proved the Cardinals right for giving him the contract.