Joey Bosa gets concerning injury update ahead of battle vs. Chiefs 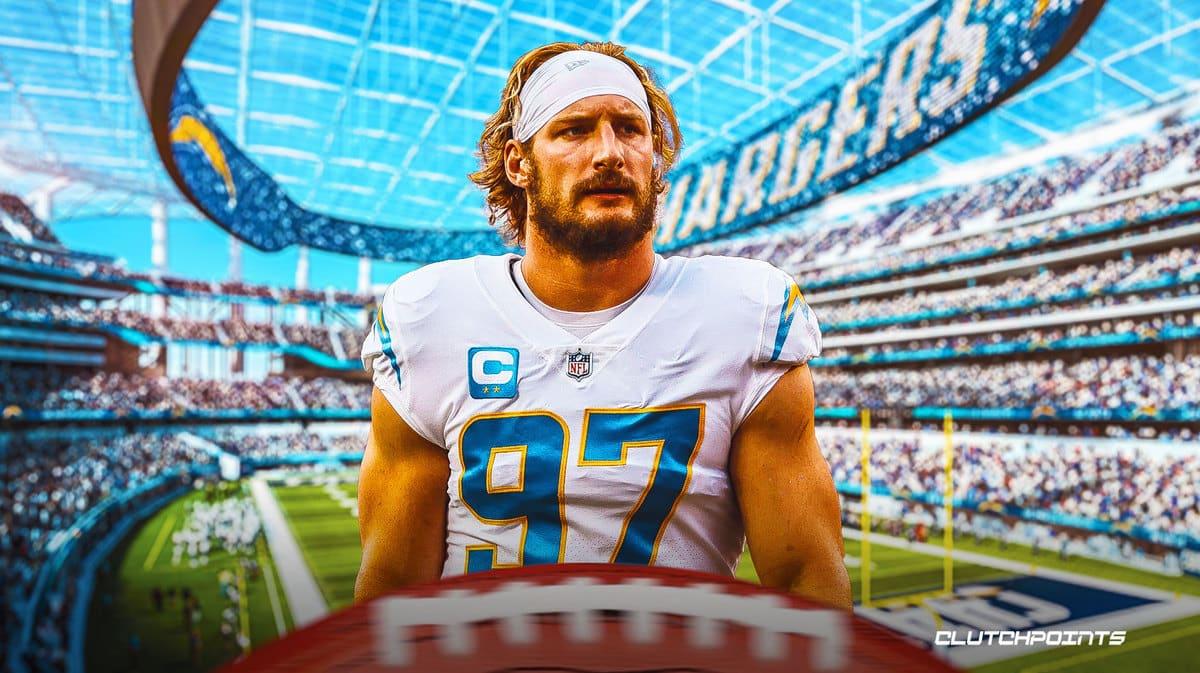 It appears that the Los Angeles Chargers won’t be getting star edge rusher Joey Bosa back into the lineup anytime soon.

Joey Bosa has been out of the Chargers lineup since he suffered a groin injury in Week 3 against the Jacksonville Jaguars. He has spent nearly the entire season on injured reserve

On Wednesday, ahead of their matchup against Patrick Mahomes and the Kansas City Chiefs, Chargers Head Coach Brandon Staley provided an update on Bosa.

It sounds like the Chargers will have to continue to wait for their star defender to return to the field.

Via The Athletic’s Daniel Popper:

Brandon Staley said “it’s going to be some time” before Joey Bosa is ready to return to practice. “I’m not going to put a timeline on that one because I think that’s more uncertain,” Staley said. “He’s back in our building. He’s making progress. He’s feeling better.”

While Bosa has been in the building, he is still not prepared to return to the practice field. Staley stating that there is still no timetable for Bosa to return could indicate that he won’t be back until much later in the season.

In the three games that Bosa has played this season, he made his presence felt. He recorded seven total tackles, two tackles for loss, one forced fumble, 1.5 total sacks, and four quarterback hits.

Joey Bosa has been a star on this Chargers defense since he was drafted in 2016. Over 82 career games, he has recorded 298 total tackles, 75 tackles for loss, 14 forced fumbles, 59.5 total sacks, and 133 quarterback hits.

The Chargers defensive front has been dealing with injuries all season. In recent weeks, they have placed several players on injured reserve. This team may need Joey Bosa back sooner rather than later.