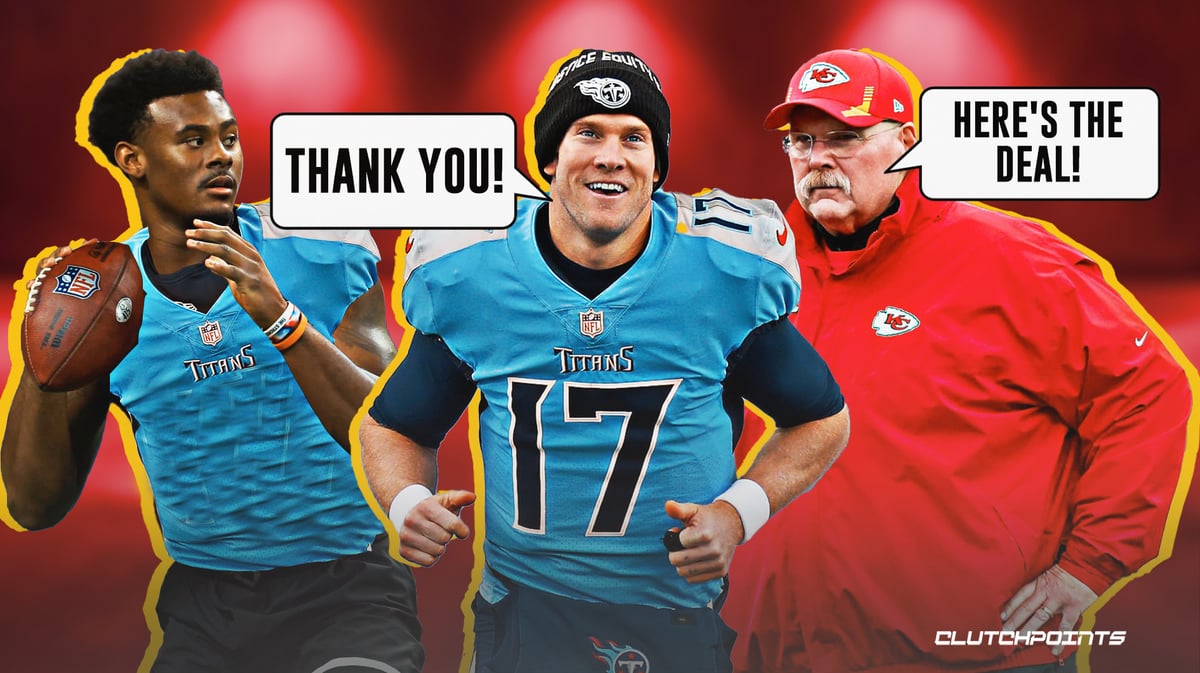 Ryan Tannehill has been trending recently due to his comments about not mentoring the Tennessee Titans’ newly acquired quarterback Malik Willis. Although it isn’t his job to mentor the young rookie, many have talked down on the veteran quarterback for his comments. However, Andy Reid’s take on Patrick Mahomes playing behind Alex Smith might change some opinions, as the Kansas City Chiefs head coach explains his thought process on developing quarterbacks.

While appearing on The Herd with Colin Cowherd, Reid shares the message he told Alex Smith after the Chiefs drafted Patrick Mahomes. He claims, “I told Alex, ‘Go out and have the greatest year you’ve ever had. You don’t have to teach Patrick. We’re here to do that as coaches.'” So, one of the greatest coaches in the league is backing up Ryan Tannehill.

"I told Alex, 'Go out and have the greatest year you've ever had. You don't have to teach Patrick. We're here to do that as coaches.'"

Anyone who thinks Tannehill’s comments were absurd simply wasn’t listening. The Titans’ veteran quarterback did say that it’s not his job to mentor Malik Willis. However, Ryan Tannehill also claimed, “but if he learns from me along the way then that’s a great thing.” For some reason, a lot of people conveniently became deaf during that part of his statement. Now, the Chiefs’ head coach Andy Reid essentially supports Tennessee’s starting quarterback while discussing Mahomes and Smith.

We’ll see how it all plays out for the Titans. Tannehill will be the starting quarterback for the 2022 season while Willis learns and develops. Maybe Malik Willis will become the starter in 2023, but that depends on how much work he puts into his training. As for the Chiefs, they aim to be one of the best teams in the NFL once again, as they chase after another Super Bowl with Patrick Mahomes leading the way.