The Kent State Golden Flashes will travel to take on the Georgia Bulldogs in Athens for a Saturday afternoon college football matchup. With that said, it’s a good time to check out our college football odds series, which includes a Kent State-Georgia prediction and pick, laid out below.

Kent State has gone 1-2 this season, coming off a 63-10 victory over FCS level Long Island last weekend. The Golden Flashes squared off with two ranked opponents to open the season, being outscored by a 78-23 margin by Washington and Oklahoma. Head coach Sean Lewis has received some Power 5 consideration for his success at Kent State.

Georgia is a perennial national championship contender recently, and this season is no different. Georgia has gone 3-0 this season, outscoring their opponents by a staggering 130-10 margin. Kirby Smart has built an all-time contender this season, one of the greatest collections of talent college football has ever seen.

Why The Golden Flashes Could Cover The Spread

Opponents have scored 29.3 points per game against Kent State, although those numbers are ballooned by the first two games. Nico Bolden leads the team with 27 tackles. Kent State has sacked opposing quarterbacks six times, led by Khalib Johns’ four sacks. The defense has forced three fumbles on the season.

Why The Bulldogs Could Cover The Spread

Georgia’s offense is led by Stetson Bennett, who has started all three games at quarterback. Bennett has completed 74 percent of the passes he has thrown for 952 yards, five touchdowns, and no interceptions. Bennett has also rushed for 31 yards and three touchdowns. Kendall Minton leads the team with 167 rushing yards, scoring two times on the ground. Georgia has totaled 467 rushing yards and nine touchdowns. Brock Bowers, who may be part superhuman, leads the team with 216 receiving yards and two touchdowns. Kenny McIntosh is second with 192 receiving yards. Georgia has scored 43.3 points per game.

Georgia has only allowed 3.3 points per game to opponents, including a shocking 49-3 victory over Oregon in their season opener. Smael Mondon, Jr. and Malaki Starks lead the team with 11 tackles each, while Starks leads the team with two interceptions. Mykel Williams has registered the only sack of the season for this team. Georgia has totaled 18.5 tackles for loss as a team this season. The team has forced seven turnovers on the season. Opponents have averaged just 249 yards per game this season. There is no reason for Georgia to experience much of a hiccup in this one, as their talent level dwarfs Kent State’s.

Georgia should be able to handle this one pretty easily. 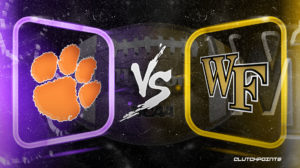