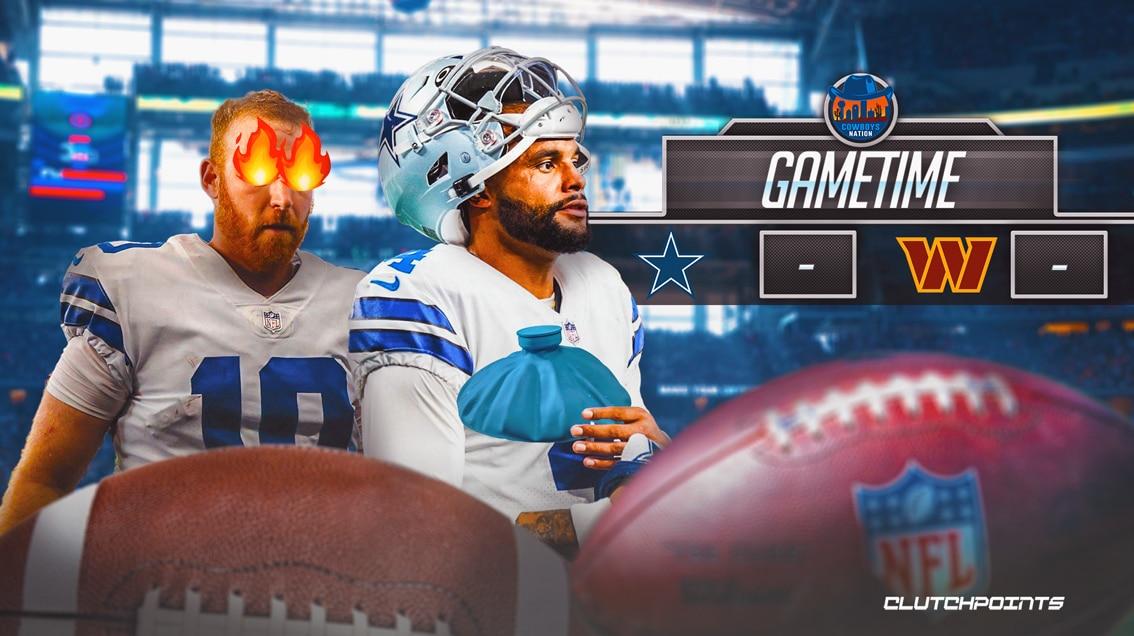 The Dallas Cowboys remain undefeated in the Cooper Rush era after picking up a win against the Giants on Monday night. Despite that, fans are still eagerly awaiting the return of Dak Prescott as he recovers from hand surgery following the injury he sustained in Week 1. Prescott has made remarkable progress in his recuperation from the hand injury, and on Tuesday, reporters probed about whether or not he would be ready to return in Week 4 against the Commanders. Prescott kept it real and gave an honest three-word response, via Ralph Vacchiano.

Cowboys QB Dak Prescott on whether he'll play against the Commanders on Sunday: “Nah, probably not.”

“Nah, probably not,” said Prescott of a possible return in Week 4. “But Week 5 against the Rams? That’s the one I’m looking at.”

There you have it, Cowboys fans. While Cooper Rush will likely be under center against Carson Wentz and the Commanders on Sunday, Prescott is anticipating he’ll be ready to make his coveted return in Week 5 against the Los Angeles Rams.

Obviously, that’s huge news for the Cowboys, who have been without their starting quarterback ever since he injured his hand in the Week 1 loss against the Tampa Bay Buccaneers. Rush has served admirably in his stead, but the Cowboys’ offense will be eager to get back to the norm of having Prescott under center.

If Prescott requires an additional week of rest beyond Week 5, his next chance to return would come in Week 6 against the Philadelphia Eagles.

Prescott underwent surgery on his right thumb on Sept 12. He was initially expected to miss somewhere from 6-8 weeks of action, but his remarkable recovery has him slated to return far earlier than that. While he’s not expecting to be ready to go in Week 4, he has his sights set on the Week 5 clash with the Los Angeles Rams on Oct. 9 as his hopeful return date.