It’s safe to say not many expected the Phoenix Suns to get this far when the season started. Even with the acquisition of Chris Paul during the offseason, making this kind of leap to the brink of the NBA Finals felt a bit far-fetched. Of course, that same training of thought can also be applied to Deandre Ayton and his breakout performance in the playoffs right now.

Along with his surprising run in the postseason, the Suns center is also making a dent when it comes to the card market. We take a look below at how Deandre Ayton cards are doing as Phoenix holds a commanding 3-1 lead against the Los Angeles Clippers in the Western Conference Finals.

Why Ayton Rookie Cards Are Going Up Recently

For the longest time, Deandre Ayton constantly played in the shadows of Luka Doncic and Trae Young, two of the most popular members of his draft class. It didn’t help that the big man deferred to Devin Booker on offense, compared to Young and Doncic leading their own squads.

Things have changed with the Suns getting the No. 2 seed in the West and making a deep playoff run.

In the first-round series against the Los Angeles Lakers, Ayton rose up to the challenge. The big man posted 15.8 points per game on 79.6% shooting from the field. He also contributed 10.7 rebounds per game to help Phoenix eliminate the Lakers in the first round.

After sending The King home this early for the first time in his postseason career, the Suns would go on to face this year’s MVP in Nikola Jokic and the Denver Nuggets. Ayton, in his matchup against The Joker, exceeded expectations by averaging 14.3 points on 61.0% shooting from the field and 10.5 rebounds while minimizing Jokic’s effectiveness on both ends of the floor. As a result, the Suns swept Denver to advance to the Western Conference Finals.

With the Suns establishing a 3-1 lead over the Clippers, Ayton has fully come into his own as a potential All-Star in the making. In four games, the big man is posting awesome numbers of 20.3 points and 13.5 rebounds in 37.0 minutes per game. His playoff breakout was fully realized in Game 2 when Ayton finished the game-winning lob, much to the surprise of everyone. That same play, as noted by SlabStox, helped his card value spike by as much as 24% in one day.

With the numbers and impact on the floor backing him up, it’s safe to say Ayton is finally justifying Phoenix’s decision to pick him first in 2018. The same goes too for his value on the card market, which is just gaining traction recently.

All things considered, Deandre Ayton is a pretty hot commodity right now. At the end of May, his PSA 10 Prizm Silver rookie card was valued at $233 on eBay. Thanks to a breakout in this year’s playoffs, his gem-mint price has gone up to $360. This increase validates Ayton’s current leap as one of the league’s best big men right now. 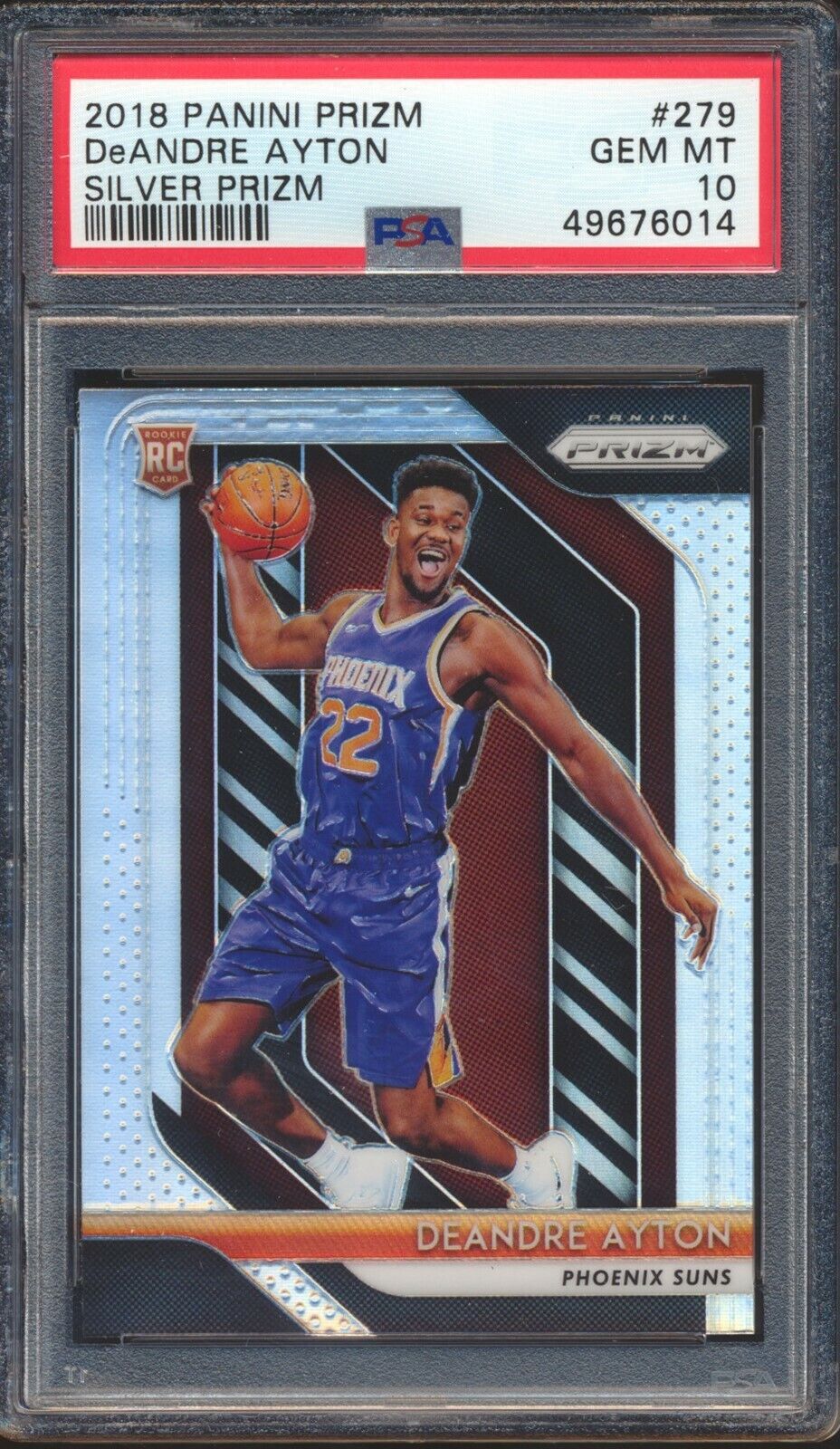 With the Suns one win away from the NBA Finals, it’s only right to give Ayton credit. If Phoenix makes it to face either the Milwaukee Bucks or Atlanta Hawks, these Deandre Ayton rookie cards will be harder to find. Better hoard them now before it’s too late.