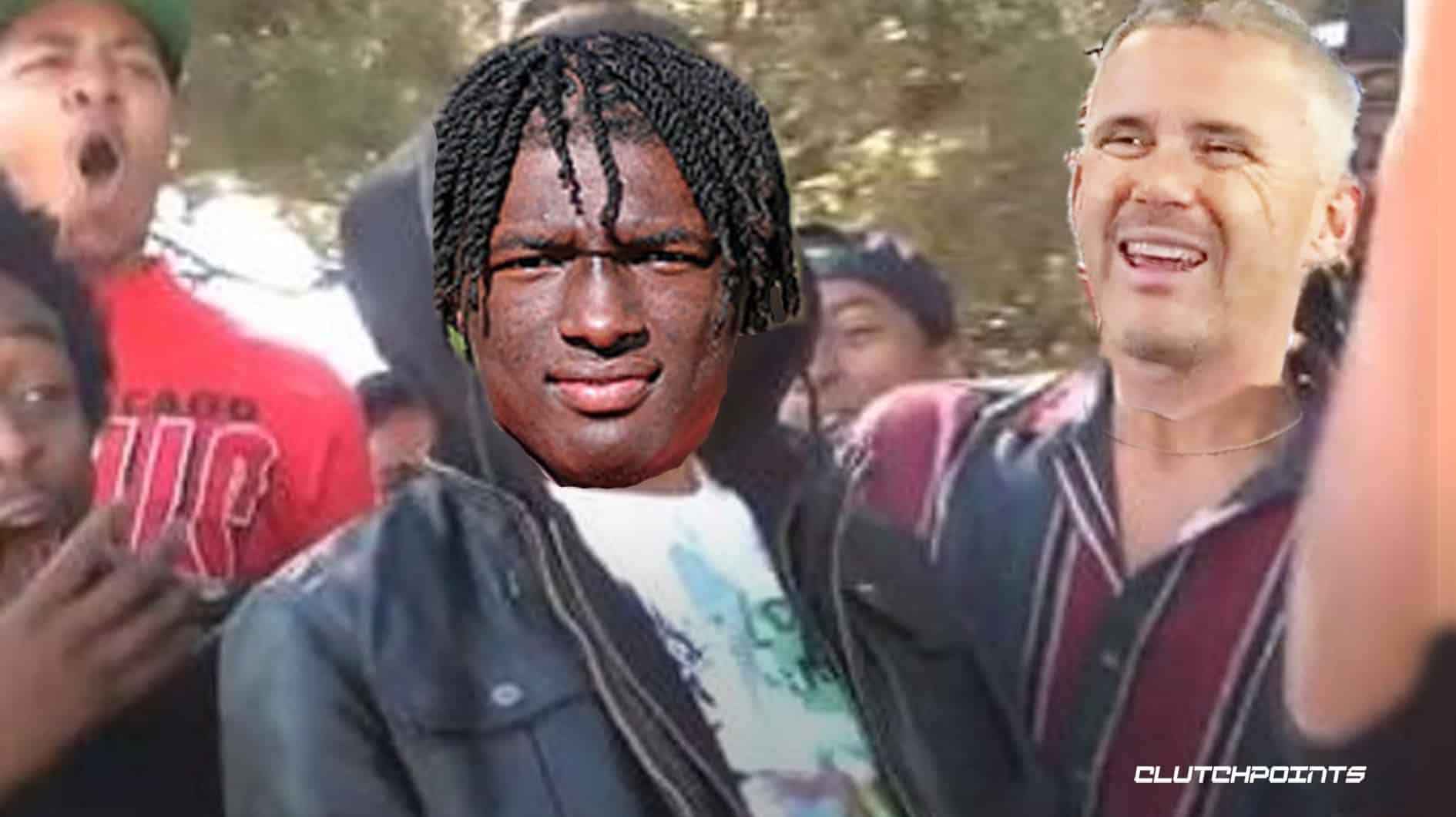 High school football players across the country have continued to pull out all the stops with their verbal commitment announcements. This time around, Hykeem Williams, a five-star 2023 talent from Stranahan High School in Fort Lauderdale, Florida, had a couple of surprises up his sleeve during his commitment ceremony.

Williams announced his commitment to Florida State on Friday, and he did so with the help of former NFL players Peter Warrick and Snoop Minnis — both of whom shined during their respective runs with the Seminoles.

Williams first grabbed an FSU hat and ended up tossing it aside, before then picking up a Miami hat. In the end, Warrick and Minnis came out and handed him a Florida State jersey, as the versatile wideout chose the Seminoles over Texas A&M, Pittsburgh, Miami, Alabama, and Georgia.

Over the past year, Williams, who is listed fourth among all 2023 wideouts in the 247Sports Composite rankings, garnered plenty of interest from a multitude of powerhouse schools. Among them, he took unofficial visits to multiple ACC schools, including Miami and Pittsburgh. But in the end, he became the latest standout offensive talent to join Florida State’s 2023 recruiting class.

According to the 247Sports Composite rankings, Williams is the first five-star recruit to take his talents to the Seminoles for the 2023 campaign. Overall, the ACC school currently ranks at 16th in 247 Sports’ 2023 recruit team rankings, as head coach Mike Norvell has also received a total of seven commitments from four-star recruits.

Norvell has continued to turn the tide in his third season at Florida State, both on and off the field. The Seminoles are off to a promising 3-0 start to the 2022 season, and they are set to continue conference play with a crucial home matchup against Boston College on Saturday.