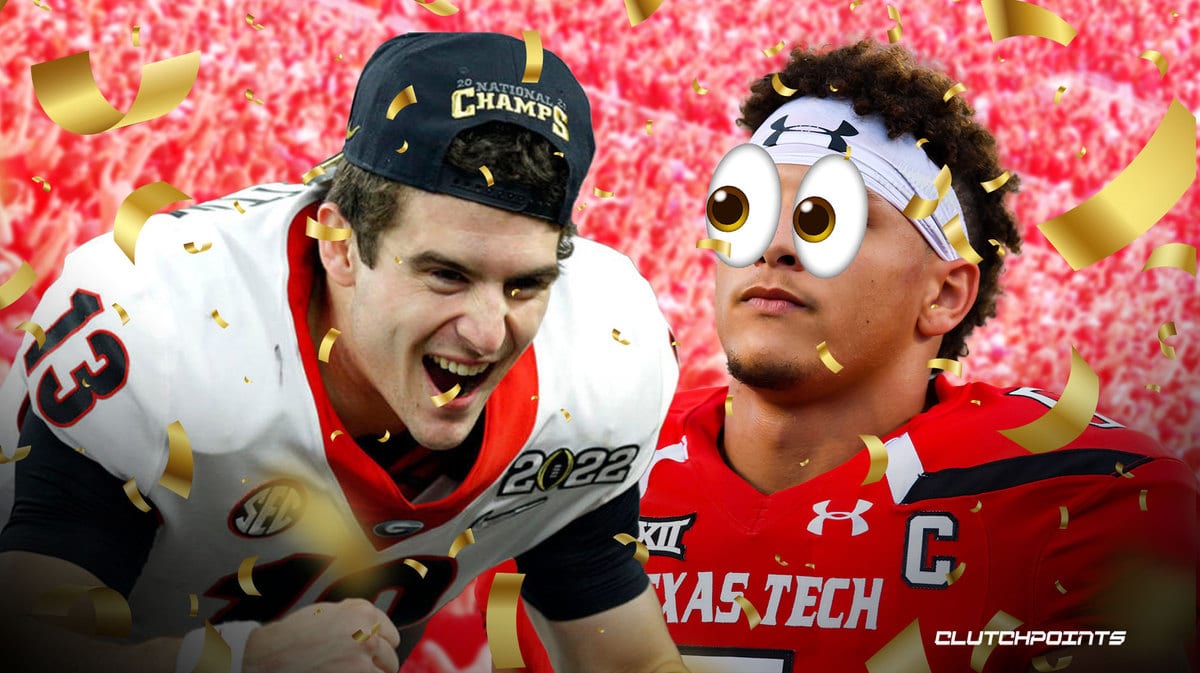 After guiding the Georgia Bulldogs to a national title win last season, Stetson Bennett is now proving to be an early contender for the 2022 Heisman Trophy honor.

After back-to-back formidable performances in Georgia’s non-conference wins over Oregon and Samford, Bennett orchestrated a quality showing in its 48-7 road conference victory against South Carolina. Bennett had his way both through the air and on the ground, as he recorded 284 passing yards and scored three total touchdowns.

Overall, Bennett has logged 250-plus passing yards and one rushing touchdown in each of his first three games of the campaign. He became the first quarterback to reach this feat since Kansas City Chiefs passer Patrick Mahomes did so during his final season at Texas Tech in 2016.

Stetson Bennett is the first player to open a season with three straight games with 250+ Pass YD and a Rush TD since Patrick Mahomes in 2016.@GeorgiaFootball | @TexasTechFB pic.twitter.com/RwvGXrnbCX

Mahomes scored 18 touchdowns over his opening three games of that campaign, although he did not go on to be a finalist for the 2016 Heisman Trophy award. On the other hand, Bennett sits at eight total touchdowns scored this season, and with Georgia’s stout start to the year, he is among the current favorites for the 2022 Heisman Trophy honor.

Bennett will have an opportunity to bolster his resume for college football’s most prestigious individual honor in the Bulldogs’ upcoming non-conference contest against Kent State next week.