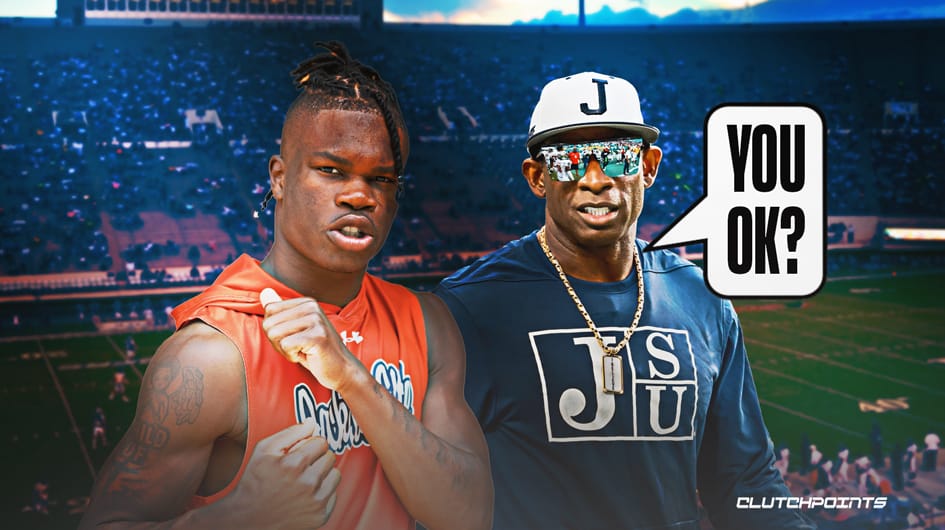 Later he told reporters the injury was a sprained ankle.

Per Thompson, Travis Hunter told reporters that it was a sprained ankle. The Jackson State football talent said that his recovery is going well, good news for Deion Sanders and the Tigers.

A five-star recruit who spurned Florida State to join the Tigers, Hunter showed exactly why there was a frenzy for his services. In his first game for the Tigers in the spring, Hunter dazzled, catching two touchdowns and a couple of interceptions.

Sanders has Hunter, the no. 1 overall recruit in the Class of 2022, playing both cornerback and wide receiver. The Suwanee Collins Hill High star was in the headlines earlier this year when rumors surfaced that he was paid over a million dollars to join Sanders’ program.

Sanders himself was then thrust into the spotlight by none other than Alabama’s Nick Saban, who called him out for paying Hunter and then “bragging about it.”

While Tigers fans may have been dealt a slight scare when they saw the star two-way player in a walking boot on Thursday, it appears that Hunter is on the mend. 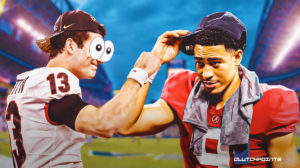