Jaguars give Darrell Henderson a fresh start after Rams fallout Earlier in the week, to the shock of many, the Los Angeles Rams released running back Darrell Henderson. He has now found a new team to call home.

According to NFL Network’s Ian Rapoport, Darrell Henderson has been claimed by the Jacksonville Jaguars. He will now join the second-year running back, Travis Etienne in the backfield.

Henderson struggled to remain consistent in the Rams backfield. In seven games this season he rushed for 283 yards and three touchdowns. Through the air, he added 17 receptions for 102 receiving yards.

In recent weeks, Henderson’s role in the Rams offense started to become less and less. Cam Akers began to earn his spot back and rookie running back Kyren Williams carved out a larger role. Over the past four games, Henderson played in more than 50% of snaps just once.

Looking past his struggles at times this season, Darrell Henderson has been a solid player out of the backfield throughout his career. Over 50 career games, he has rushed for 1,742 yards and 13 touchdowns while averaging 4.4 yards per carry. 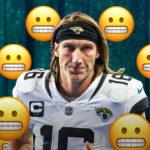 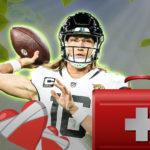 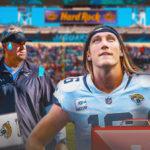 The Jaguars already have a legitimate RB1 in Travis Etienne. The former Clemson Tiger has played well this season, making his presence felt both through the air and on the ground. He has recorded 725 rushing yards and four touchdowns on 131 carries. Through the air, he has added 22 receptions for 202 receiving yards.

Earlier in the season, the Jaguars moved on from running back James Robinson in a shocking move. Now, it appears that they have attempted to make up for that move by bringing in Darrell Henderson.