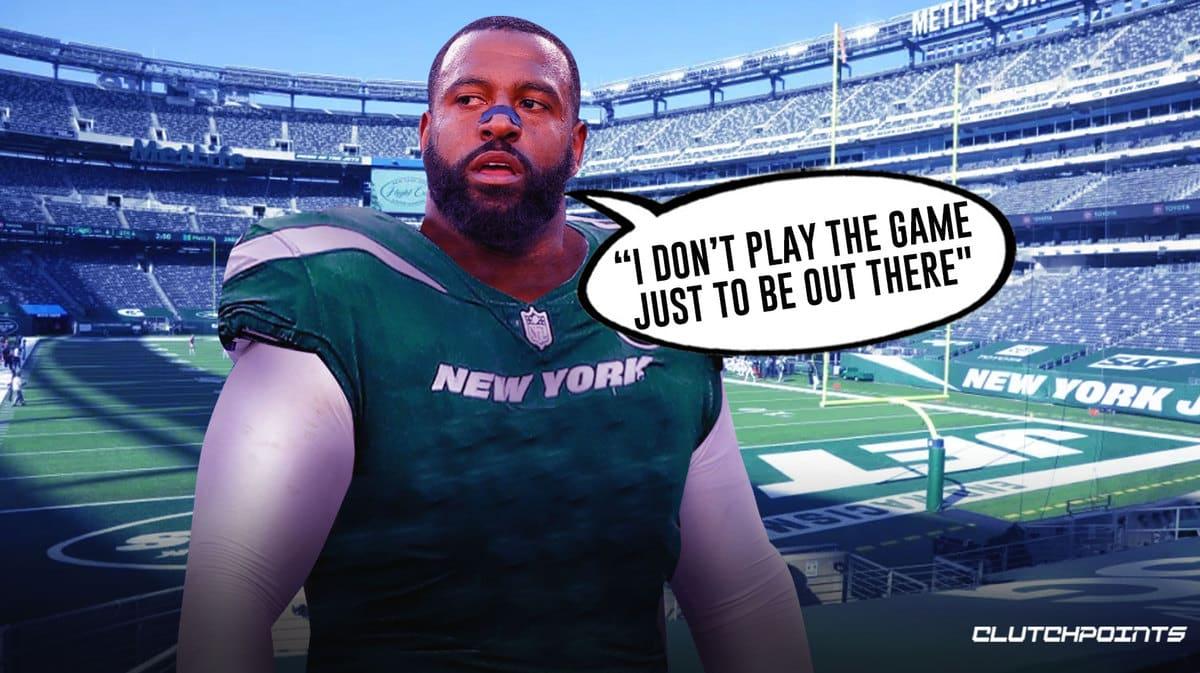 Duane Brown has a message for those questioning his ability and desire heading into his 15th NFL season after the tackle signed with the New York Jets this week.

Approaching his 37th birthday at the end of the month, Brown is coming off a Pro Bowl appearance with the Seattle Seahawks last season and hasn’t missed a game since 2020.

“There’s not too many people who play to this age, so those criticisms are well warranted,” he said. “But I’m not going to talk about what I’m going to do. I’m just going to go out on the field and prove it.”

Duane Brown had other options in free agency, but he feels that the Jets will be a "great fit" for him https://t.co/CY0wnP27Lnpic.twitter.com/IzFbF27ZiR

The five-time Pro Bowler signed a reported two-year, $22 million contract to replace Mekhi Becton, who sustained a likely season-ending knee injury in practice last week. Brown said he had other offers but chose the Jets, in part, because of Robert Saleh. The Jets coach was an assistant with the Houston Texans when Brown began his professional career there in 2008.

The Jets also utilize a zone-blocking scheme familiar to Brown from his days with the Texans.

“One of my biggest attributes is my athletic ability,” Brown said. “It’s a great fit here.”

Though he’s replacing Mekhi Becton in the lineup, Brown is replacing George Fant at left tackle. Brown has started 202 NFL games, each at left tackle. That necessitated the move of Fant to the right side, which is where Becton was slated to play this season.

Brown and Fant were teammates in Seattle for three seasons and remain good friends. That likely make things easier for Fant, who is seeking a contract extension and prefers to play the left side. Fant has performed better there than at right tackle but was willing to move for Brown.

“We’ve been in communication throughout this process,” Brown said. “I have all the respect in the world for him. He’s a great player. … It’s just a situation that’s played out that’s not easy for anybody. He’s handled it great. I’m grateful for it and it hasn’t been awkward for us. … He’s embraced it.”

Duane Brown talks about playing LT and his relationship with George Fant:

"We're friends before anything" pic.twitter.com/EfgfespidO

Saleh praised Brown’s conditioning level and believes the veteran will be able to join team drills soon. The Jets have scrimmages scheduled this weekend against the Atlanta Falcons before the teams play a preseason game Monday at MetLife Stadium.

Brown said there’s a “sense of urgency” to get on the field to begin building cohesive unit on the line with Fant, guards Laken Tomlinson and Alijah Vera-Tucker, and center Connor McGovern.

They’ve got four weeks to figure it out before it all starts to count in Week 1 against the Baltimore Ravens on Sept. 11.