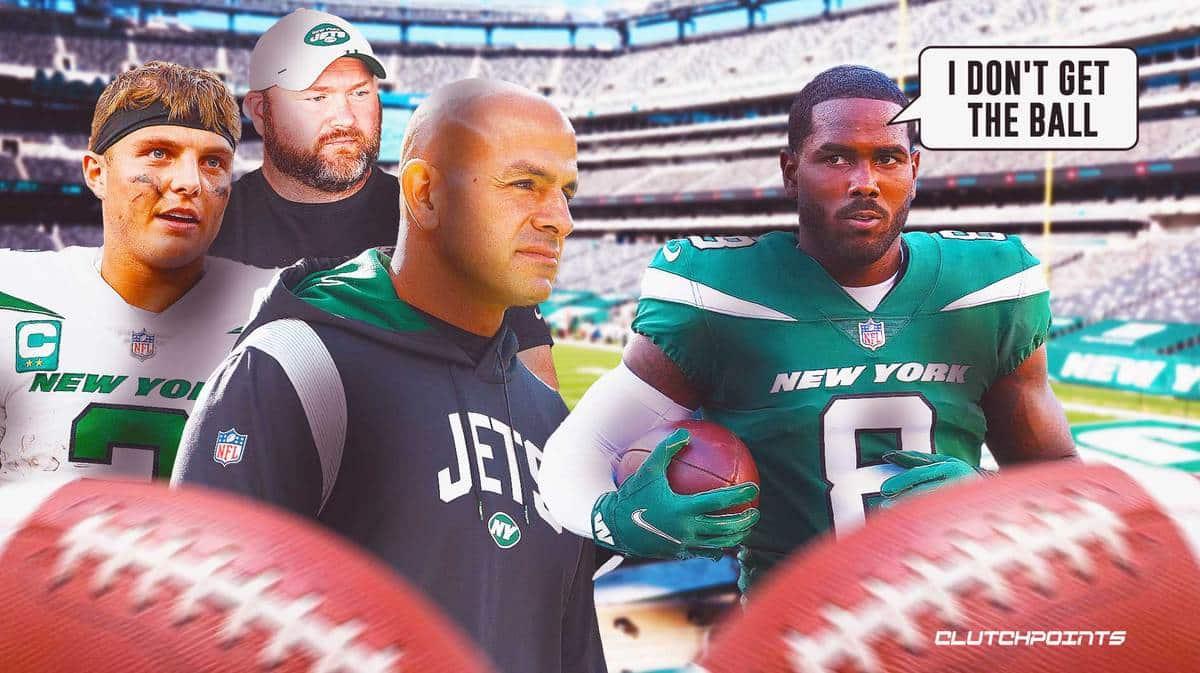 A lack of on-field chemistry with Zach Wilson may be at the heart of Elijah Moore’s trade request from the New York Jets.

When asked about the connection with the Jets quarterback Sunday after their 22-17 loss to the New England Patriots, Moore gave a very telling answer.

Moore genuinely looked perplexed answering the question. The 22-year-old is clearly frustrated with his diminished role in the Jets’ offense, that much is clear. He asked for a trade two weeks ago.

“Of course, it’s frustrating,” Moore said. “I’m trying to do the best with the cards I’m dealt right now.”

Elijah Moore said he hates everything got out in public & he became a distraction, and he wished that part of it didn’t happen. But clear he’s still frustrated. Still want to be w Jets? “It doesn’t really matter. I’m still here. And while I’m here I want to do the best I can.” pic.twitter.com/x8ppgm72Fx

Elijah Moore had 12 catches on 21 targets in the first three games this 2022. That was with Wilson sidelined after arthroscopic knee surgery and Joe Flacco starting at quarterback. Moore has four catches on nine targets in four games played (he was inactive in Week 7 against the Denver Broncos after his trade request) since Wilson’s return.

“I don’t know man … I feel like we were probably in a better position than we are now as far as relationship,” Moore added.

However, he didn’t explain who “we” is. He and Wilson? He and the Jets offense?

Either way, his comment did not seem like a ringing endorsement of the Jets quarterback, who threw three brutal picks in the loss to New England.

He also had a 4-INT game against them last year.pic.twitter.com/jec0ENWHq6

“I don’t think it’s just one thing,” he stated. “I think it’s a continuous number of things. I can’t put my finger on it. I know just as much as you guys know.”

Moore played only 10 snaps Sunday. He was targeted once, a deflected pass which fell incomplete. In his previous appearance, two weeks ago against the Green Bay Packers, Moore was not targeted once in New York’s big road win. His trade request followed several days later.

The second-year pro referred to things “behind the scenes” that are better left “in house.” He also said he didn’t want to be a distraction to his teammates but that “this is my legacy.”

The NFL trade deadline arrives Tuesday afternoon. Whether Moore will remain with the resurgent Jets (5-3) is in question even after coach Robert Saleh said two weeks ago that trading him “was not an option.