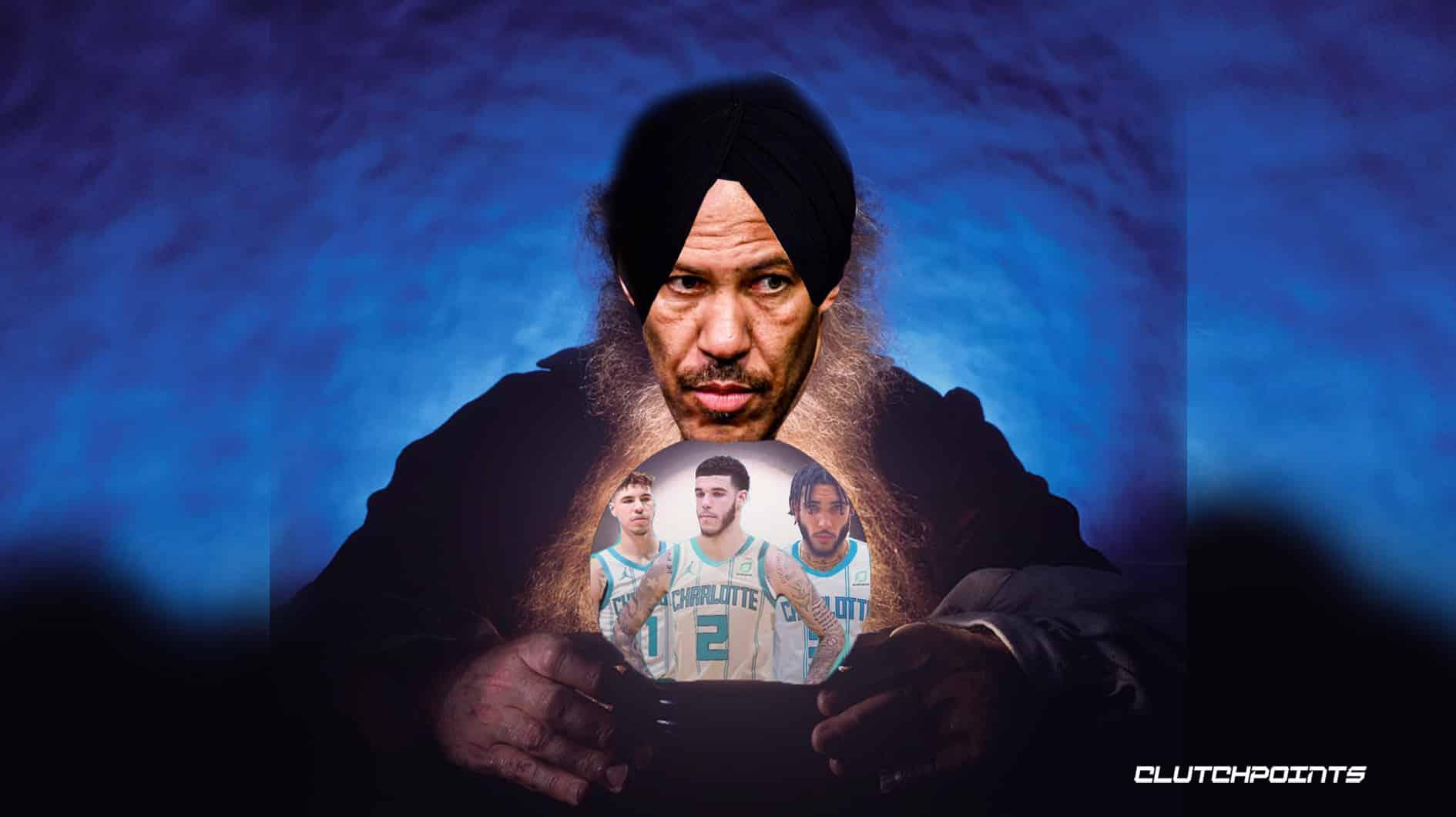 People have called LaVar Ball a lot of things over the years. Obnoxious. Blowhard. Distraction. These descriptions have come from LaVar’s penchant for saying wild things when it comes to his kids and his Big Baller Brand. One of LaVar’s favorite predictions is that one day all three of his sons — Lonzo Ball, LiAngelo Ball, and LaMelo Ball — will play on the same NBA team, just like they did for Chino Hills back in high school. Most NBA watchers have laughed this off as a pipe dream. However, with the Charlotte Hornets signing LiAngelo this offseason and Lonzo dealing with a serious injury for the Chicago Bulls, a LaMelo-Lonzo-LiAngelo has never seemed more attainable.

LaVar Ball has been making prognostications about his sons’ NBA careers since before they even got in the league.

Now, heading into the 2022-23 season, two of the Ball brothers are on the same NBA team, and the third is seemingly in pro basketball purgatory with an injury.

This all leads to a scenario where a chance exists that all three Ball brothers could someday play together on the same NBA team. And if that happens, LaVar Ball will go from [fill in derogatory name here] to a true visionary.

The biggest certainty in the future of the Ball brothers is that LaMelo Ball will be a member of the Charlotte Hornets for as long as he wants to be. Michael Jordan’s team picked the 6-foot-7 point guard No. 3 overall in the 2020 NBA Draft.

Since then, LaMelo has become one of the most exciting and promising young players in the league.

In his rookie season, LaMelo averaged 15.7 points, 6.1 assists, and 5.9 rebounds. And despite a late-season hand injury, he fought his way back to return for the last 10 games of the season and win the Rookie of the Year Award.

LaMelo’s second season was an even bigger success. All his numbers went up (20.1 points, 7.6 assists, 6.7 rebounds), he played 75 of 82 games, made his first All-Star team, and led his Hornets to the play-in tournament.

The youngest Ball brother now has one more year, a club option, and a restricted free-agent season on his rookie deal, with a max extension on the horizon.

LiAngleo Ball, the middle Ball brother, hasn’t been on the same star track as his two star siblings. After a shoplifting incident during a UCLA basketball trip to China, the school suspended him indefinitely, and he ultimately left.

Since then, LiAngelo has made a basketball journey around the world. He played with LaMelo in Lithuania, in LaVar’s short-lived Junior Basketball Association (JBA), in the NBA G League, and for the Charlotte Hornets in NBA Summer League.

In late September 2022, LiAngelo is closer than ever to making The Show. He recently signed a one-year, non-guaranteed contract with the Hornets for the 2022-23 season.

That leaves Lonzo Ball as the only Ball brother not working for Michael Jordan’s Hornets right now.

Lonzo got traded from the Lakers to the New Orleans Pelicans in the Anthony Davis deal in 2019, and after two seasons in the Big Easy, signed a free-agent deal with the Chicago Bulls in 2021.

Heading into the 2022-23 NBA season, news broke that Lonzo is dealing with a knee injury that will require surgery. The latest injury update, per CBS Sports, is that he “will undergo knee surgery on Sept. 28 and will be re-evaluated in 4-6 weeks.”

Lonzo Ball gave an update on his knee ahead of his surgery.

This puts Lonzo out for the beginning of the regular season and isn’t good news for his long-term prospects this year. The eldest Ball brother has averaged 50 games a season in his NBA career (with a high of 63), and 2022-23 is shaping up for more of the same.

The Lonzo Ball injury puts the Bulls in a tough position. The team signed him to a four-year, $80 million deal to be the team’s lead guard just a year ago, and when he missed time last season, the team fell apart. They were 22-13 with Lonzo in the lineup last year and 24-23 without him. 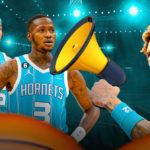 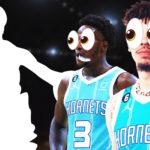 This last signing may signal that the franchise is seriously concerned about Lonzo’s long-term health. And this is where Lonzo to the Hornets gets interesting.

Lonzo is still a young player (he’ll turn 25 on October 27). A team on the come-up (like the Charlotte Hornets?) could trade for him and afford to wait a while for him to return to full health. The Bulls don’t have that luxury.

Chicago is in full win-now mode with DeRozen, Dragić, and Nikola Vučević all in their 30s. Plus, LaVine has a massive $215 million extension this offseason and has to be getting antsy to win with a career 168-310 win/loss record.

The Hornets are looking to get out of Gordon Hayward’s $30 million contract and need help in the front court. There are also rumors that Vučević could be available as the Bulls look to get away from an offense with a plodding center.

A Hornets-Bulls deal involving Vučević and Lonzo Ball for Hayward and Mason Plumlee would work for both teams (and salary-wise).

And most importantly, it would make LaVar Ball look like a true visionary.