LeBron James opens up on future with Lakers, playing with Bronny, and retiring with Cavs 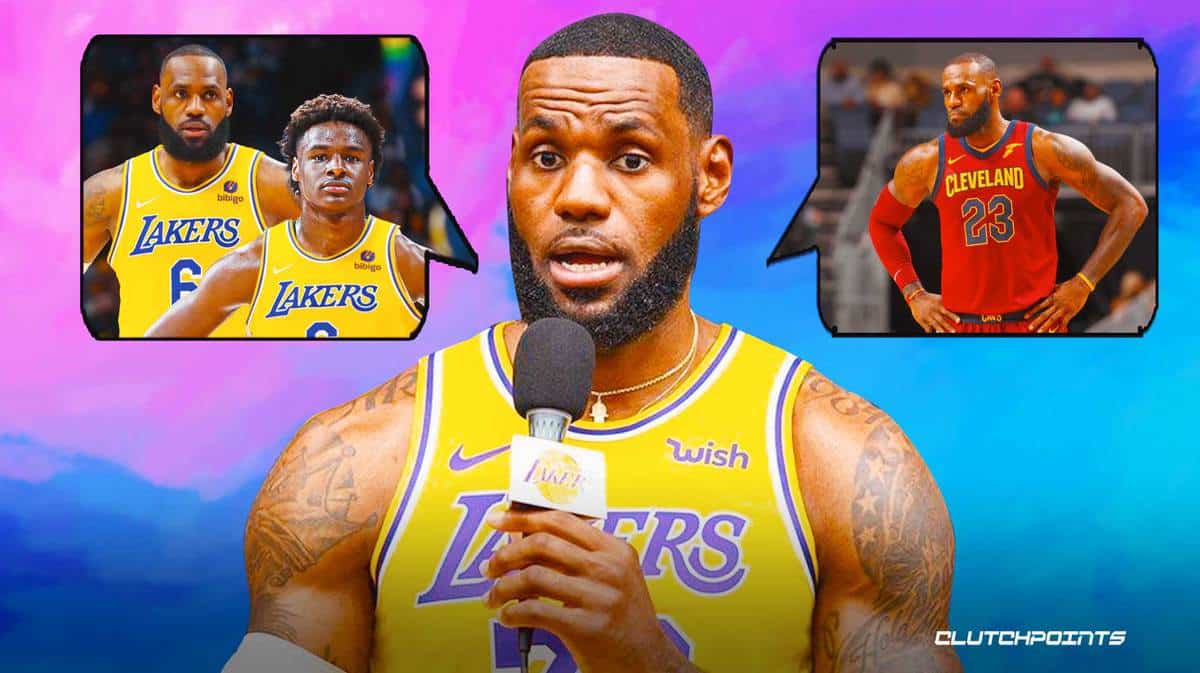 LeBron James can try to walk it back. But he knows what he said.

A quick recap: At All-Star Weekend in his near hometown of Cleveland, James went on a spree of shade-throwing and leverage-playing.

Next, he told Jason Lloyd of The Athletic that he wouldn’t rule out a return to Cleveland and, ultimately, wanted to finish his career with whatever team drafts his son, Bronny — in 2024, at the earliest.

“The door’s not closed on that,” he said, regarding a return to the Cavs. “I’m not saying I’m coming back and playing, I don’t know. I don’t know what my future holds. I don’t even know when I’m free.”

Since then, LeBron and Klutch have been strategically back-pedaled in an apparent attempt to dampen any flames before they inevitably re-ignite this summer. Already this week, Rich Paul personally reached out to ESPN’s Stephen A. Smith and Adrian Wojnarowski, plus Sam Amick of The Athletic to refute any notions that LeBron and Klutch had beef with Pelinka and the front office. Paul, Pelinka and Jeanie Buss personally met on Tuesday to clear the air.

Afterward, LeBron took questions from reporters for the first time since returning from his noisy All-Star break. And while he may not be a huge fan of the reporter who asked the question (video here), he certainly offered a juicy diatribe on his comments over the break and whether he believes the Lakers can construct a championship team around him.

“Very confident. I mean, they’ve done it. They’ve shown me that…Ever since I got here, the front office, Jeanie (Buss), Linda (Rambis), Kurt (Rambis), and everybody has welcomed me with open arms and has given me an opportunity to play for a historical franchise and welcomed my family in. And I just try to give back to the game and inspire kids and inspire people that want to follow the Lakers and put them back at a level that they’re accustomed to being. And that’s always been my focus.

“I don’t understand how some of my comments over the weekend were taken to a whole different area … I never said I could see myself playing in a Cavaliers uniform. I talked to Jason Lloyd and he asked me, and I said, ‘Well, I don’t know what tomorrow holds. But actually, me playing for the Cavs, I don’t know. I don’t know about that. Could I see myself retiring as a Cav?’ And he asked me, like ‘What if you just came here and signed for a day and retired as a Cav?’ And I said ‘that possibly could be.’

“And then things about my son, me wanting to play with my son wherever he’s at — You guys take my words and just twist them to different places where they shouldn’t go. Like if I comment or compliment the GM that’s in OKC, I really believe that he’s done a phenomenal job. And you guys spin that to me saying that Rob (Pelinka) is not doing a great job. Or if I say the GM from the Rams, I loved his f*ckin T-shirt. I thought it was dope. And I believe the same way: I don’t care about picks. I only care about winning championships. How is that directed at Rob and the Lakers’ franchise? Rob has done the same thing. He went and got AD, he didn’t care about picks as well, obviously.”

“This is a franchise I see myself being with.”

The reporter completed his sentence and asked if that meant beyond his current contract.

“I’m here. I’m here. I continue to tell you guys, Dave (McMenamin) knows me more than any one of your guys, and I’ll tell you, I literally live in the moment. I do. And I see myself being with the purple and gold as long as I can play. But also, I have a goal that if it’s possible, and I don’t even know if it’s possible, but if I can play with my son, I would love to do that… That’s like the coolest thing that could possibly happen. That doesn’t mean I don’t want to be with this franchise.”

LeBron will be eligible to sign a two-year (including a player option), $97.1 million extension on Aug. 4. Otherwise, he’ll be a free agent after the 2022-23 season.

Finally, LeBron was asked about his role in building the flawed 2021-22 Lakers roster. He deflected.

“My responsibility is to lead this team out every single night…I don’t push the buttons. They ask for my opinion, and I voice my opinion and what I believe. But I don’t press any buttons. That’s what our front office is for. That’s what our leadership group is for. I don’t press no buttons. So we can state that right now. I do wish that we were just playing better basketball.”

So, interpret all of that how you would like. Just normal postgame stuff from one of the most media-savvy, self-aware humans in the galaxy. But, again, nothing to see here. 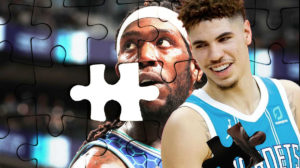