The Atlanta Hawks will face the Miami Heat in a matchup of Eastern Conference rivals. It’s time to continue our NBA odds series and make a Hawks-Heat prediction and pick.

These teams have both done the opposite of what was expected of them this season. The Hawks made a deep playoff run last season, and everyone thought a playoff berth at the very least was in the cards for Atlanta in this campaign. Unfortunately, head coach Nate McMillan’s squad hasn’t come anywhere close to living up to that billing, instead, earning a 17-23 record to this point. Meanwhile, the Heat have been one of the most surprising teams in the league. Miami is currently 26-15, a record that is good enough for the second seed in the east. Despite the vastly different records at play here, this game should still be an entertaining one. Let’s get straight into the pick.

Here are the Hawks-Heat NBA odds, courtesy of FanDuel.

Why The Hawks Could Cover The Spread

Despite all of their success, the Heat aren’t a great defensive team. They rely on a slow pace to hold their opponents to very few possessions, a strategy that probably won’t play too well against a Hawks team that puts up 88 shots per game. Atlanta also shoots incredibly well from beyond the arc, an area that the Heat struggle to defend. Expect the Hawks to increase the number of three-pointers shot in this one in order to exploit this slightly overrated Miami defense.

There’s a chance that the Heat will be missing their best two players in this game. Star center Bam Adebayo has of course been out of action for weeks now because of a thumb injury, and forward Jimmy Butler is dealing with a persistent ankle issue. The Heat have previously shown the ability to win without either of those players, but asking a mediocre lineup to beat this still-dangerous Hawks team is a bit of a tall order.

The Hawks struggled defensively last season, but their defense has spiraled into one of the worst in the entire league. Atlanta ranks inside the bottom ten in the NBA in just about every single defensive metric there is, and now they have to face a solid Miami offense. The Heat only average 108 points per game, but they shoot at a high clip from everywhere on the court. That shows their ability to get high-quality looks at the hoop, something that Atlanta has been terrible at denying opponents.

To make matters even better for the Heat, the Hawks will be without one of their most important defensive pieces in this game. Center and shot-blocker extraordinaire Clint Capela has been ruled out for this contest, leaving Atlanta without their best rim protector. Three and D wing Kevin Huerter is also questionable for this game, taking away even more defensive versatility from the Hawks.

This is a fairly straightforward pick. The Heat are the better team by a mile, they’re on their home court, and they match up well against their opponent. Lock in Miami. 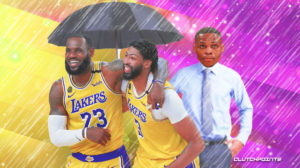