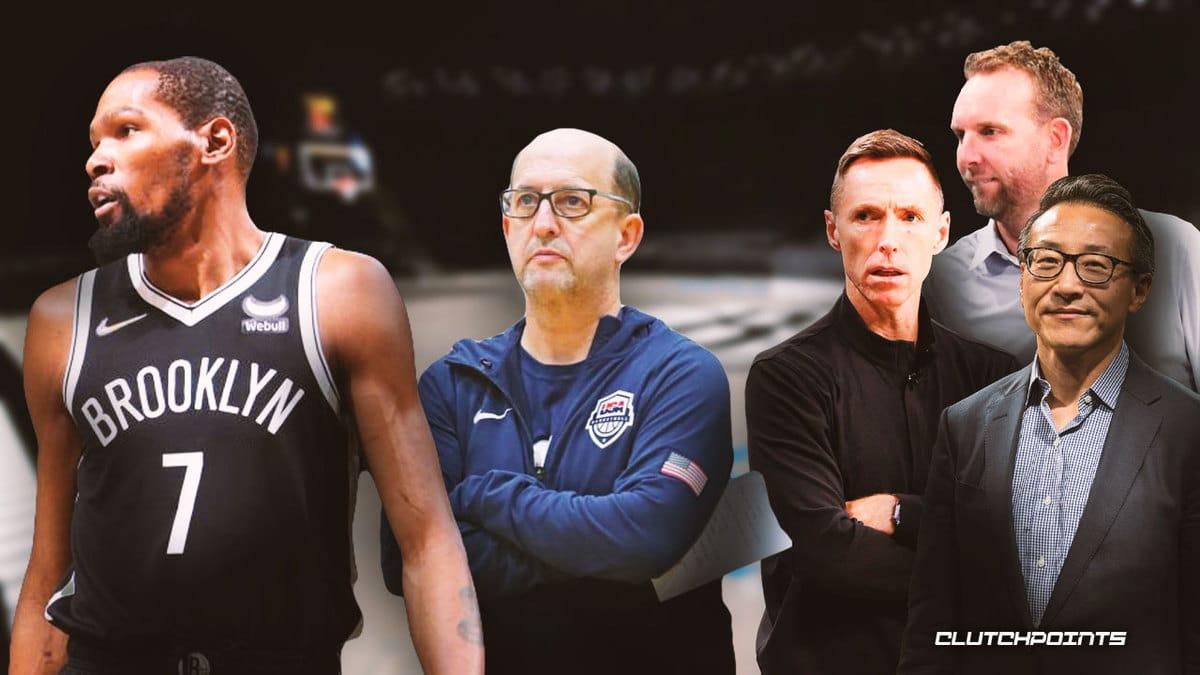 The Brooklyn Nets are still facing a situation with superstar Kevin Durant. He remains adamant about getting traded and even gave owner Joe Tsai the ultimatum of either choosing him or firing Steve Nash and Sean Marks.

However, there is still the chance he stays with the team because the Nets have yet to receive a viable enough offer to actually move KD. Jeff Van Gundy is one clearly believes this is possible and sees it all working out in Brooklyn. Via NJ.com:

“[Kevin Durant] just seems to love basketball and I’ve never seen him shortcut in a game or give less than his best to the game…so if they do bring him back I think these things can be worked out,” Van Gundy said on Sirius XM Radio with Frank Isola and Mitch Lawrence.

“I know it seems like it’s so dramatic right now and how could they ever speak again? And how could Sean Marks and Kevin Durant [coexist]…I don’t think it would be that big a problem. I think it would be an awkward couple of days and then you win three in a row because I think if [Ben] Simmons comes back, [Joe] Harris comes back, [Kyrie] Irving is in a right space and is able to play and Durant comes back, they’ve got a really good team. And so winning helps camouflage any bad feelings and so I don’t think it will be as bad for as long as people might suspect on the outside.”

Van Gundy thinks Kevin Durant, Marks, and Nash would get past the awkwardness once they start winning games. To be honest, if Irving stays as well, which is likely because KD is the priority, the Nets would have a good team. Joe Harris is back and Ben Simmons is set to return, too.

If they have success, all the drama will be forgotten. It’ll be interesting to see if he actually stays put or not. The Celtics, Sixers, Raptors, and Heat are still in the mix for Durant, but nothing serious has materialized yet.